Who’s Who When Everyone is Someone Else review 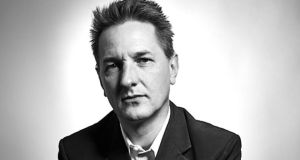 CD Rose: has written a playful book-lover’s novel which is also a comic gem

Book Title:
Who’s Who When Everyone is Someone Else

Is CD Rose an elaborate literary hoax? Some have harboured suspicions ever since he “edited” The Biographical Dictionary of Literary Failure (2014) chronicling the fate of obscure scribes, who, on closer inspection, all turned out to be fictional. The provocative title of his debut novel, Who’s Who When Everyone is Someone Else, lets the (Cheshire) cat out of the bag.

A suspiciously anonymous protagonist doubles up – like so many other things in this tale of doppelgängers and mistaken identities – as a remarkably reliable narrator who conceals his storytelling talents behind apologetic asides to the reader (the storyline is far less digressive than he makes out). Following the “modest success” of a book he edited – yes, the aforementioned Biographical Dictionary – he is invited to deliver a series of 10 lectures on lost or forgotten works in an unspecified provincial city, somewhere in central Europe. The stage is set for a campus caper in Kafkaland that reads, at times, like a David Lodge revisited by Umberto Eco.

When he sets foot in his cramped hotel room – dominated by an oversized Narnia-like wardrobe – the narrator senses that he is “somewhere just not quite right”, signalling that he has stepped through the looking-glass into a recognisable, yet subtly defamiliarised, world. After all, what is this “cupboard within a cupboard” if not a mise en abyme – the space of fiction squared, which is that of literature itself?

The uncanniness of the hotel room spreads to the labyrinthine city, which seems expressly “designed to lose oneself in”, geometry being a “loose concept” in these Expressionistic climes. Roaming the streets, the narrator has the distinct feeling of being preceded (rather than followed) as though haunted by the anxiety of influence or trapped in someone else’s narrative. It transpires that the ever-elusive Professor, who (supposedly) invited him in the first place, is dead – having probably been eliminated as part of a sinister plot to eradicate literature. Unbeknown to him, the narrator has been enrolled in the resistance due to his faith in Maxim Guyavitch, a cult author who wrote very little and whose very existence is contested.

Who’s Who is a book lover’s book, as well as a comic gem. Its palimpsestic quality is obvious from the italicised opening paragraphs, which are meant to be an excerpt from a potboiler the narrator is trying (and failing) to read on the train. Later, the discovery of a volume – which may or may not be a lost Guyavitch – is savoured like a fine vintage: “It gave off an odour of ferns, of waxy newness with an undertow of body musk”. The lectures that interrupt the frame narrative at regular intervals (the last one is left blank in homage to Tristram Shandy) allow the author to produce pastiches of various genres ranging from magic realism to folk horror. Most of the authors on whose fake works he then offers a mock-academic excursus exist – insofar as they are figments of other writers’ imaginations. Enoch Soames, for instance, comes from Max Beerbohm, Vilém Vok from Enrique Vila-Matas, Silas Flannery from Italo Calvino, Maurice Bendrix from Graham Greene and Herbert Quain from Borges.

It is the latter, of course, who advocated summarising or critiquing books instead of going to all the trouble of composing them. Writing about fictitious or lost works (both in this case) is a means of holding literature in abeyance; of preserving its potentiality. This is as close as we can get to fiction’s “strange kind of utopia”. As for the author? CD Rose is a rose is a rose is a rose.