When the war machine exploded in Kent 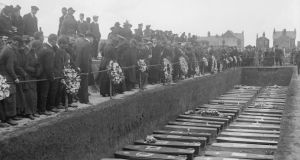 Mourners attend the mass funeral at Faversham, Kent, for the victims of the explosion in 1916. Photograph: Topical Press Agency/Getty 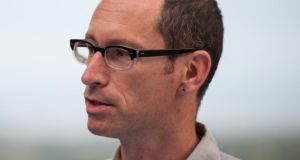 Brian Dillon: ‘I was approaching it as somebody who was fascinated by this place and this story without knowing why’

A fellow journalist once described Brian Dillon as “the closest Ireland has come to producing a Susan Sontag”. While that description might be stretching things a little, an unbounded interest in writing down the world certainly connects the two.

Dillon was born in suburban Dublin in the late 1960s. He moved to the UK in his 20s. While teaching English at the University of Canterbury in Kent, he has written extensively about a huge array of subjects, from such giants of contemporary arts as Chris Marker, Andy Warhol, Tacita Dean and Robert Smithson to histories of hypochondria, anti-depressive medication and, perhaps most affectingly, his own family. He has curated an exhibition at the Tate, written a novella and edited an anthology about ruins. He is the UK editor of the gloriously unpredictable Cabinet magazine.

Dillon’s latest book, The Great Explosion, tells the story of a disaster at the Explosives Loading Company munitions factory outside Faversham, Kent, on the morning of April 2nd, 1916, which killed 108 people and left hundreds injured. The book is about shell-shock and shrapnel, and the development of gunpowder. It’s also about how sound and energy travel across a particular landscape, and Dillon’s process of getting to know that landscape over the past 15 years. “I was approaching it as somebody who was fascinated by this place and this story without really knowing quite why,” he says.

This not a standard historical war narrative. There are many diversions away from the primary story: to examinations of paintings about a 17th-century Dutch explosion, for example, and to animal-based experiments on the effects of blast energy. Each time Dillon circles back to Kent, there is a little extra significance, a little extra clarity, to be found.

Perhaps the book’s finest achievement is the way it balances the exploratory writing that drifts from topic to topic with the incredible scenes unfolding in Kent. In each case, remarkable stories of bravery are recounted, from an American telegraph operator calmly relating news of his own imminent death to the managers of both the explosives company and the adjacent munitions factory standing on top of a building, deafened, with their clothes blown to shreds, pouring water on a fire that was about to blow up 25 tons of TNT.

Among the most haunting elements of the book are the lingering shapes of the old factories, coastal defences and dummy airstrips that line England’s southeast coast, which are all of their time and now crumbling. “That stuff gets kind of domesticated really quickly, I think; this might be a completely cock-eyed notion, but somehow, perhaps more so in England and even more so in the southeast of England, where you have centuries and centuries of military infrastructure all inhabiting the same place.

“Places like Dover, which have 18th-century forts, first World War stuff, second World War. A lot of it goes away, obviously, but a great deal of it just hangs around. It becomes part of the furniture. You come to it from the outside, you’d spot these things and think, What the hell is that? Turns out to be a tank trap at the end of your street, and it’s been there since 1942.”

There has been a huge amount of writing in England over the last couple of decades – enough almost to call it a tradition – exploring the social impact of war, empire and architecture on the country. It is often a male tradition: Iain Sinclair, Patrick Keiller, WG Sebald, Owen Hatherley and Jonathan Meades have all played a part.

But Dillon points to an older source of inspiration: Virginia Woolf’s postwar essays about London seen from the air, or driving in the Sussex countryside at night. Unlike Sinclair or Hatherley, Dillon says there is no “recuperative” political aspect to his book. Instead he takes heart from Woolf’s efforts to document new perspectives and perceptions in her own ultra-modern syntax.

“There’s something really interesting in that period in terms of how you find a language to describe a moment in England when the pastoral landscape meets the war machine,” he says.

The book begins and ends with Dillon out on his bike in that strange landscape, where the pastoral and the military-industrial collide. Despite the end-of-the-world feeling, he’s got a full signal on his phone and can check Google Maps when he gets lost. Layers of the past and present overlap out on the seeping marshes, and Dillon cuts an uncanny figure, hard to pin down in time or space.

“You sort of have to invent that solitude now,” says Dillon. “Maybe what I’ve ended up with, maybe because I’ve been thinking about the place for so long, is something which does actually acknowledge that sort of layeredness, but is still sort of invested in a slightly romantic individual-at-large, striking out, lighting out for the territory. You have to sort of invent the version of yourself that will see that place differently.”