When I read in another language, a whole new part of my brain lights up

Start with something easy, don’t look up every word you don’t know, and other tips 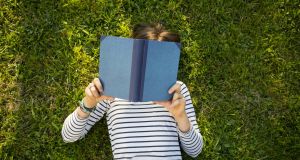 Reading in other languages has allowed me to experience other countries indirectly when I was stuck at home this year. Photograph: Getty Images

The first book I read for pleasure in a foreign language was not a lofty work of literature. It was in German but, despite the fact I was two years into a four-year German degree, it wasn’t a German novel. It was, in fact, a translation of Salem’s Lot by Stephen King that I had found in the flat my friends and I were subletting in Berlin during the summer of 1995.

I was meant to be improving my German that summer, which wasn’t an easy thing to do. This was partly because, having been denied much direct contact with the anglophone world for decades, everyone I encountered wanted to practice their English, which meant that whenever I spoke in my wobbly German I was answered in excellent English.

I soon realised the only way I was going to improve my German in Germany was through reading. I could have gone to a bookshop and acquired a copy of, say, Mann’s The Magic Mountain (Der Zauberberg as we say auf Deutsch – or, rather, as I didn’t say because I’ve still never read it in either English or German). Instead, I picked up that copy of Salem’s Lot. The German edition was called Brennen muß Salem, which means Salem must burn, but you didn’t have to be a German expert to figure out which Stephen King book it was.

It may not have been a classic of German-language literature but it did the trick (being a vampire story, it also ensured I would never forget the German for “to suck” – it’s saugen, in case you were wondering). When I read Brennen muß Salem I was immersed not only in the entertaining story but in German. I wasn’t translating the sentences into English in my head, I was just reading them.

This is crucial when we read in a language that we didn’t grow up with. At first, many of us find ourselves mentally translating the words back into our first language. The pleasure for me, however, came when I stopped thinking of how the sentence would read in English, when those words on the page in French or German went straight into my consciousness the way English words do with no translation filter.

This can be incredibly satisfying. When I read in another language, it feels like a whole new part of my brain is lighting up. There’s a double pleasure in it: the enjoyment of reading something entertaining and the intellectually stimulating pleasure that comes with exercising one’s mind.

And this year, reading in another language provided a bittersweet pleasure. It allowed me to experience other countries indirectly when I was stuck at home. At the start of the pandemic I read my way through a series of silly but entertaining crime novels by Susanne Goga-Klinkenberg set in 1920s Berlin before moving on to a memoir by the legendary Austrian novelist and Hollywood scriptwriter Vicki Baum. And then I moved on to France.

I started learning French as a beginner at the Alliance Francaise seven years ago. After a few years of weekly classes I could read graphic novels in French – just about – but it wasn’t until this year that I could comfortably read prose novels without needing to constantly look words up or being confused by France’s literature-only version of the past tense. Having read Goscinny and Sempé’s Le Petit Nicolas, a funny children’s book of short stories that I read in English and loved as a child, I took a deep breath and decided it was time to try a full novel.

The first one I read was Clémentine Beauvais’s new book Âge Tendre, a hilarious, heartbreaking coming-of-age novel about a teenage boy who becomes obsessed with Francoise Hardy when he does a work placement in a unit for people with dementia. It made me laugh, and cry, and feel like I was in the north of France instead of north Dublin. And crucially, it was exactly the sort of thing I’d have loved to read anyway. I went on to devour two more novels by Beauvais and I’m now eagerly awaiting her next book.

Luckily, it’s never been easier for Irish anglophones to read in languages from all over the world. The internet makes it simple to read newspaper or magazine articles in your language of choice – a good way to dip your toe in the water. You can order both physical and e-books online from across the world. You can subscribe to magazines. If you have faint memories of a language once learned in school, you can brush up with an app before expanding your literary horizons. And, of course, language dictionary apps, such as Reverso which gives words in sentences to show how they’re used in various contexts, make looking up crucial words a much easier proposition than thumbing through a giant dictionary.

There are a few things I’ve learned in almost 30 years of reading in other languages. The first, and probably the most important one, is that you don’t have to look up every single word you don’t understand. If you do that, you’ll never get into a proper flow. As long as you get the general sense of what you’re reading, keep going until you hit something that really confuses you and then look it up. This will happen less frequently if you stick to the other most important rule which is . . . don’t run before you can walk.

By which I mean don’t dive into Proust after a few weeks of French class. Start with something short and straightforward, such as a magazine article – preferably reportage rather than an opinion piece as the latter may have too many ambiguous phrases, jokes and colloquialisms, which can be confusing.

And don’t get discouraged. I eagerly bought some French graphic novels after a year of lessons but my vocabulary simply wasn’t up to them and I was more frustrated than entertained. Two years later, however, I was able to read them pretty smoothly without having to look up many words.

Graphic novels are an excellent introduction to reading fiction in another language as the pictures can do a lot of the narrative work. And as many non-anglophone countries from France to Japan have vibrant graphic novel cultures, there really is something for everyone. If I ever get to Paris again, I’m heading for the comic shops. One of the many things that annoyed me about Netflix’s Emily in Paris is that the heroine’s wilful refusal to put any effort into learning French meant all those bookshops were wasted on her.

Find books and magazines that you would read if they were in your first language. Don’t plough through something worthy that you wouldn’t read for pleasure in English. Instagram can be a great source of inspiration. A wonderful French book lover called @emjydingleybell has given me lots of recommendations for excellent graphic and prose novels.

And you can browse until you find something you like. As well as online booksellers and publishers, cultural institutions from other countries, such as the Alliance Francaise and Goethe-Institut, have excellent libraries that include digital versions of books and magazines. Ireland’s more diverse population means libraries offer books in a much wider variety of languages than they used to and the same is true for second-hand bookshops.

Of course, reading in another language isn’t really the same as living in it. Crucially, it’s all one way – you’re understanding it but you’re not expressing yourself in it, and other languages are always easier to understand than to use independently. But while it may not be perfect, reading is how I’ve kept up and vastly improved my German over the 23 years since I graduated. Reading, not holidays in France where my conversation is generally limited to questions in shops and ordering in restaurants, is the reason my French vocabulary is now half decent. It has allowed me to explore aspects of other cultures that haven’t been and maybe couldn’t be translated. It has brought me closer to other people at a time when that has never been so important.

I want to learn Spanish next.