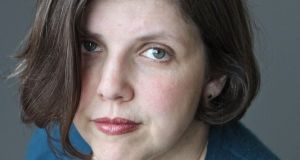 Jenny Offill: The ideas that resonate on every page of her work are an intrinsic part of her fiction, the fuel for story and character.

Jenny Offill’s skill as a novelist is to educate and entertain all in the one book. It’s there in her debut novel, Last Things, as her young female protagonist questions the world around her through science while more impenetrable mysteries play out in her family. Her critically acclaimed bestseller, Dept of Speculation, which seemed to be on everyone’s must-read list in 2014, was at once a portrait of a marriage break-up, a visceral dissection of motherhood and a lament for the lost “art monster” that goes untended in the face of domestic demands. It was shortlisted for the Folio Prize and the International Dublin Literary Award and has since been optioned for a feature by Animal Kingdom.

To say that Offill’s books are novels of ideas is like saying that the sea is wet. The ideas that resonate on every page are an intrinsic part of her fiction, the fuel for story and character. Her third novel, Weather, continues in this vein. The narrator Lizzie Benson is a librarian whose capacity for interesting facts about the world (and particularly its ending) is matched only by her curiosity in people.

1 Coronavirus: 13 more deaths in Republic with 402 new cases confirmed
2 Are holidays booked for July and August going to happen?
3 Coronavirus: Almost 100 staff and residents in one nursing home test positive, Dáil hears
4 Expect lockdown restrictions until September, says Dalata hotels chief
5 ‘Everyone still thinks it’s a joke’ - parents of toddler with coronavirus speak out
6 ‘It’s Sinn Féin against the rest’: NI Executive in conflict over coronavirus
7 Government shelves controversial changes to SNA supports for schoolchildren
8 Tributes to ‘stalwart’ of London-Irish community who died from coronavirus
9 ‘For the first time in years it is a renter’s market’
10 Revealed: Here’s how Liath’s €19 Michelin-star takeaway tastes
11 Think you’re bad at video-conferencing? Boris Johnson is worse
12 Coronavirus: Trump’s tone changes as US faces brutal loss of life
13 Cork men quarantined in Vietnam after St Patrick’s Day party
14 Yoga with President Michael D Higgins? This could be your chance
15 DUP politician did not intend to ‘cause hurt’ when linking coronavirus to abortion law
16 ‘Putin is crazy’: Russian leader lambasted over US coronavirus aid
17 Coronavirus: Westmeath has highest rate of Covid-19 outside of Dublin
18 Gardaí operating Covid-19 checkpoint seize €70,000 worth of heroin
19 Coronavirus in Ireland: New powers of arrest for gardaí expected to come into force
20 National children’s hospital takes legal action against building contractor
21 Netflix: 10 of the best new shows and films to watch in April
22 Coronavirus punches €800m hole in public finances
23 Seventy Texas students partied in Mexico – 44 returned with coronavirus
24 Patrick Honohan: Preparing for post-pandemic financial reckoning
25 Coronavirus: European solidarity sidelined as French interests take priority
26 Fine Gael’s Catherine Noone eliminated as Seanad election count continues
27 Coronavirus an opportunity for Beijing to usher in Chinese century
28 Childcare workers laid off by employers who still had State subsidies
29 No signs of lock-down fatigue in Ireland ... yet
30 The chickpea stew that broke the internet in the US is here. Give it a go
31 Advertising to plummet 30% this year in ‘shock’ to Irish industry, warns Core
32 Brown Thomas and Arnotts staff to receive full pay during Covid-19 crisis
33 A letter to Ireland from Italy: this is what we know about your future
34 Irish family pay tribute to UK medic who died from Covid-19
35 Coronavirus: UK hospital deaths rise 24% to reach 2,921
36 Don’t let your short-term crutch become a long-term drink problem
37 Testing on some Irish samples to be carried out in Europe, HSE says
38 How fitness gurus stay healthy at home
39 Denis O’Brien may cede 49% of Digicel empire under debt write-down plan
40 Comedian Eddie Large dies aged 78 after contracting coronavirus
Real news has value SUBSCRIBE