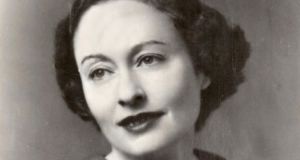 In A Foolish Virgin, by Ida Simons, translated by Liz Waters (Maclehose Press, 14.99), young Gittel is a dreamer whose childhood is dominated by the volatile marriage played out between her parents. Each time a dispute erupts, her mother decamps from the family’s new home in The Hague, back to Antwerp and her parents.

It is the 1920s. Gittel’s people had left Belgium for the Netherlands on the outbreak of the first World War. The girl’s father is a German who had settled in Belgium; he is also Jewish. Much of her time is passed in elaborate fantasy games shared with her younger friend, Mili. Otherwise, when not playing the piano, for which she has a talent, Gittel observes adults.

The folksy title may suggest a far less nuanced work than this astute semi-autobiographical novel, which Simons – or, rather, Ida Rosenheimer, a Dutch pianist, concentration-camp survivor and Belgian-born daughter of parents who moved to the Netherlands – published in 1959, the year before her death. Its strength rests in the narrator’s voice and its muted tone of dawning awareness.

During the various trips back to Antwerp, the narrator is befriended by Lucie, whose wealthy father allows Gittel to play his Steinway while she and Lucie, who is several years older and already in thrall to secrets of her own, begin sharing outings. Gittel idealises this alliance. For the calculating Lucie, it is useful and, ultimately, easy to exploit.

An alarming and very funny encounter with a strict German piano teacher suggests that Gittel needs to practise harder than she had suspected, but also that Simons has an impressive lightness of touch which balances the darker theme of betrayal.

In an excellent first English-language translation from the original Dutch, Liz Waters conveys all the whimsy and the hurt. It is an atmospheric inter-war study of family ties and the more fleeting affection of shallow alliances. Although it has been compared to Stoner, by John Williams, it is far closer in theme and mood to LP Hartley’s classic The Go-Between (1953). A small work perhaps, yet A Foolish Virgin should fare well in end-of-year round-ups. Its sequel, Like Water in the Desert, featuring the grown Gittel, was published posthumously.

Also from the Netherlands is Wytske Versteeg’s fraught, articulate second novel, The Boy, translated by Sarah Welling (Hoperoad, £10). When the body of her adopted son is discovered on a beach, the narrator, a psychiatrist, is driven out of her coldly ordered mind with grief and falls prey to a dangerous anger. Intent on revenge, she tracks down the teacher who appears to be responsible.

Through the voice of the mother, skilfully moving from first to second person, Versteeg has created a character as old as literature. It is difficult to like her – “I was good at my job, but I wasn’t the understanding friend my patients liked to see in me . . . other people’s problems were rather like heavy rain outside the window” – yet we are in awe of her fury and the remorse which causes her to admit that she barely knew the boy who had become her son and gradually evolved into an estranged and troubled teenager. “I lost him . . . maybe long before I even noticed.”

Her quest destroys her relationship and brings her to Bulgaria and to Hannah, the hapless drama teacher, already possessed by multiple demons.

While the mother’s psyche is indeed dark as she closes in on her prey, the teacher’s story is unexpectedly sympathetic, culminating in a helpless “I only wanted to help him”.

Although it is irritating to note that “different to” rather than “different from” is used throughout, this is a powerful and convincing study of how the real victims of death are often the living left behind.

Eileen Battersby is Literary Correspondent. Her debut novel, Teethmarks on my Tongue, is published by Dalkey Archive Press (€19.50)