Andrea Mara got the idea for ‘One Click’ from a woman on a beach. What sparked other writers? 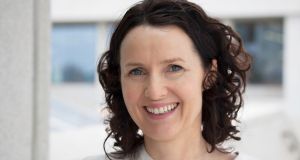 Andrea Mara: Often it’s when two details meet or two elements collide, and they look like they fit

“This book is a work of fiction” – it’s a disclaimer we’re all used to seeing at the beginning of any novel, potentially saving the author from any legal entanglements over libellous stories, and gently warning friends that they’re not in the book.

And of course it’s usually true – the girl on the train looked out and didn’t see anything untoward, Oliver’s unravelling was all in his creator’s head, and Eleanor was in fact completely fine.

But usually, there’s a nugget in there. Something small that catches the author’s attention, and creates a what if. What if you were on a train and looked out the window and instead of everyday houses and everyday gardens, you saw something, well, odd?

Ideas can be sparked by the smallest of details – a change of route, a break in routine, a woman crying in a window. Why is she crying? What is her story? In real life, it may be because she was up all night with a crying baby. In a work of fiction, there’s certainly more to it than that.

Often it’s when two details meet or two elements collide, and they look like they fit. A real-life incident coupled with a newspaper article, or fragments of a dream woven into an overheard conversation. Or in my case – something my kids did. My first book, The Other Side of the Wall, is about a woman who is up at night with her crying baby, and sees what looks like a body in her neighbour’s pond. The woman is real, as is her crying baby, but safe to say, my neighbours never had any bodies in the garden. That idea came from my youngest child, when he put a small plastic figure face-down in a basin of water (I should note, he’s not a psychopath – he was making a swimming pool for his toys, and didn’t know this particular toy couldn’t swim.)

I’m definitely not the only one whose book was inspired by real events, whatever the “this is a work of fiction” disclaimer might say. The hotel in Stephen King’s The Shining is based on a real hotel in Colorado in which he stayed with his wife for one night in 1974. They were the only guests there, and that night, King had a nightmare that inspired his novel, The Shining.

Sometimes inspiration comes from very mundane sources – EB White’s hero of Charlotte’s Web was a real spider the author had spotted one morning; and sometimes from real-life crime – Emma Donoghue’s book Room was partly inspired by the Fritzl case in Austria, and The Black Dahlia by James Ellroy is based on the real-life murder of Elizabeth Short in California in 1947.

Boredom and daydreams can trigger great fiction – Robert Louis Stevenson was stuck indoors on a rainy holiday in the Scottish Highlands when he began to entertain his stepson with a story of pirates, and the cornerstone of Treasure Island was laid. When CS Lewis was 16 years old, he daydreamed of a faun carrying parcels and an umbrella in a snowy wood, and wrote about him in The Lion, The Witch and the Wardrobe, decades later. Stephanie Meyer wrote Twilight after a vivid dream about a girl and a vampire in a meadow, and JRR Tolkien was correcting essays, when faced with a blank page, he wrote down the first thing that came to him: “In a hole in the ground there lived a hobbit”. At that point he had no idea what a hobbit was.

Animal Farm is famously an attack on Stalin’s dictatorship in Russia, but the idea to use animals to tell the story came when Orwell saw a young boy steering a huge carthorse along a road one day. Much more recently, Gail Honeyman spoke at the Mountains to Sea Festival in Dún Laoghaire of the inspiration behind her bestselling book Eleanor Oliphant is Completely Fine: she’d read a newspaper article on loneliness, featuring a young woman who spoke to nobody between leaving work on Friday evening and going back on Monday morning. Thus Eleanor Oliphant was born.

For me, the inspiration for my new novel, One Click, came from something very mundane – a woman I saw on a beach in Italy two summers ago. She was sitting in a deckchair in the shallow waves, a book hanging loosely from her hand, her face turned to the sun. My fingers itched to take a photo – I could see it on Instagram already, captioned “How I wish I spent my twenties”. But then the what ifs crept in… what if I shared the photo and someone who knew her saw it? What if she was hiding from an ex or escaping a troubled past? What if someone was her picture and became obsessed with her? What if my casual social media post caused her harm? So I didn’t take the photo – instead I wrote the book.
One Click by Andrea Mara is published by Poolbeg Press