The Oxford Companion to Children’s Literature, edited by Daniel Hahn

This extensive update of a classic 1980s guide has a lot of new material to get its teeth into, and richly succeeds in its task, though it’s a shame the illustrations had to go 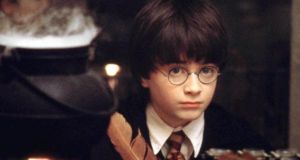 This book has an honourable predecessor: it is simply an updating of the late Humphrey Carpenter and his wife Mari Prichard’s Oxford Companion of 1984, which itself grew out of an idea suggested to the publishers by Iona and Peter Opie back in 1958. However, just as the time was right in the 1980s for a vast and discerning survey of children’s literature, so it seems right again to take account of all the changes, shifts of opinion, landmark innovations and outstanding achievements that have enriched the genre, and altered our perception of it, over the past 30-odd years. And the new editor, Daniel Hahn, has tackled the business of necessary renovation with expertise and vigour.

He has had a lot to get his teeth into. Not only “Crossover Books” (ie, the young adult – or old childhood – category) but ever more audacious, inspired and no-holds-barred books for young readers have flooded the market since the original meticulous editors got down to their tremendous task. Here, to complement His Dark Materials, for example, you find all kinds of light and highly coloured material, from Philip Ardagh’s Awful End to Jacqueline Wilson’s Queenie.

The Potter phenomenon, too, is expertly appraised, along with “Hogwarts”, “Horror”, “Hunger Games” and “Horrid Henry”. “Quidditch” gets in, between “Quelch” and “Quiller-Couch”. There’s a section on “Dystopian Fiction” (following on from “Dwarfs”) and one on “Daemons”. “Disabled Characters”, present in both Companions, now include the young hero with Asperger’s Syndrome in The Curious Case of the Dog in the Night-Time. Curiouser – in the Alice in Wonderland sense – is the juxtaposition of sterling “Sexton Blake” and “Sexuality” – the second topic flourishing post-Alan Garner, but a tight-shut book to children’s writers of the past.

More than 900 new inclusions – themes, authors, characters, titles – bring Hahn’s book triumphantly into the 21st century. Among the entries is a note on Humphrey Carpenter himself, whose first edition of The Oxford Companion to Children’s Literature is ruefully dubbed an “annoyingly hard-to-follow” act. In fact, in the hands of Hahn, all falls into place and the book’s integrity is preserved.

Its critical integrity, that is. In one important area, a woeful elimination has taken place. In order to accommodate all his additional material, Hahn has had to cut out all the illustrations that made the previous edition a joy to dip into. Opening the earlier book at random, you might come face to face with Arthur Hughes’s goblins, a page from Wanda Gág’s Millions of Cats or the cover of a 1950s Eagle boys’ comic, all immensely evocative and inspiriting. Illustrations are an integral part of children’s reading and have been from the beginning. What is the use of a book, complained Alice, without pictures or conversations? And if you have the latter here, in the form of lively comment, the absence of the former creates a dulling effect.

Emil and the Detectives

Some minuscule errors from the first edition are amended, and one or two new ones have sneaked in (for example, Peter Dickinson’s Changes trilogy is wrongly attributed to William Mayne). The section on “Television and Children” is dropped, and Alison Uttley’s A Traveller in Time now has a paragraph to itself. Martin Waddell gets in, but not Meta Mayne Reid (1905-1990), whose Irish historical and fantasy novels are firmly based on what she herself called “practical foundations”.

Many of the existing entries are efficiently pruned or amplified by the current resourceful editor, but the bulk of the Carpenter/Prichard assessments survive in their entirety. With an ancestry stretching back to Aesop, and taking in various “Golden Ages” along the route to the present, the field of children’s literature requires informed and mettlesome scrutiny to do justice to all its byways, its treasures and pleasures and works of a classical vivacity or grandeur. In both the first and the second edition of the Oxford Companion, this is, by and large, what it gets.

Some children’s writers, on the other hand, are all but obliterated by their creations: there’s a single line on JK Rowling, for example, and nearly three pages devoted to Harry Potter. Mary Tourtel is very much subordinate to Rupert Bear, and Alfred Bestall doesn’t do much better.

A reader looking up Richmal Crompton will be redirected to “William Brown”. Charles Hamilton (aka Frank Richards) and Billy Bunter merit reasonable coverage, though, and are not altogether dismissively evaluated, unlike poor Enid Blyton, to whom the adjective “banal” continues to be affixed.

Others who don’t do too too well in this compilation are Malcolm Saville, Anthony Buckeridge, Elinor Brent-Dyer, Dorita Fairlie Bruce (published, we are told, by the Oxford University Press “in the days before it had a more discriminating policy towards children’s fiction”), and Patricia Lynch, whose Turf-Cutter’s Donkey rates a mention – just – though not the book’s illustrator, Jack B Yeats (nor a later illustrator of one of her children’s novels, John Keating RHA). More recent Irish children’s writers fare better, such as Eoin Colfer, John Boyne, Roddy Doyle, Siobhán Parkinson and Oliver Jeffers, among others.

But you can’t have everything, and you’d have to say that Daniel Hahn’s Oxford Companion adds up to a wonderful assemblage of past glories, present enchantments, intriguing rediscoveries, useful annotations, informed opinion and pointers to the future of a fascinating branch of English literature. Its excisions and additions are, on the whole, judiciously managed, even if you can’t but feel the dismissal of King Alfred, say, is not altogether alleviated by the ushering in of Captain Underpants.

Patricia Craig is an author and critic. Bookworm, her memoir of childhood reading, has just been published