The Last Romeo by Justin Myers: romantic comedy with a modern twist 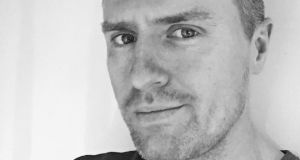 Justin Myers: the story goes that, having read his dating blog, publishers Little Brown rang him and asked if he had a novel

Justin Myers is a freelance journalist and blogger who has written for GQ, the Guardian, Gay Times and this newspaper. The story goes that having read his dating blog, publishers Little Brown rang him and asked “have you got a novel?” – surely every journo/bloggers/budding author’s dream? It was for Myers.

The result is The Last Romeo, an old-school romantic comedy with a modern-day twist – our protagonist is gay. I’m a big fan of the genre, more in film than in literature, and am delighted that a gay man is given centre stage here, a welcome break from the constant stream of straight love and sex. And there’s something in this gay story being in a such a popular genre, with a big publisher, perhaps, like gay marriage, it signals a move of LBGT love/relationships from the fringes into the mainstream.

Our story opens with James dumping Adam, his partner of six years, because the relationship has been one where James felt “owned, insignificant”. The break-up, coupled with his best friend moving to Russia, drives James to hit the bottle and, encouraged by his friend Bella, he does what most modern singles (and some not so solo) end up trying, when searching for love or sex – online dating.

Those of us who have tried online dating will laugh, cringe and nod with recognition at the motley crew that appear, date after date. With James being a freelance journalist for a tacky online gossip website, he ends up creating an anonymous blog called One More Romeo, which recounts his sexploits. Though he claims to be searching for love, sex seems to be more the focus but he has promised that he will retire when “the last romeo”, of our title, comes along.

Now, our romantic comedy is set up and we can all relax and watch it all play out, right? Unfortunately, in order for it to work, the genre demands that our hero, though flawed, is someone we can root for, who deserves their dream to come true, but this reader could find little to like about James, or redeem him, by the end. I couldn’t understand why his friends tolerated his self-obsession, how careless he was with their feelings and, in one case, their child. Their loyalty is based on their past with him, which, happening off-the-page, doesn’t help us in the present; it’s not enough that people say he’s nice or was, in the past. And, in terms of the romance, he’s a hot mess – an acid-tongued, judgmental, self-pitying drunk. He doesn’t appear significantly otherwise by the end, despite Myers’s efforts at a speedy redemption, leaving you feeling like you wouldn’t wish our hero on anyone.

Don’t get me wrong, I don’t subscribe to the point of view that a character has to be likeable, just that in this genre, this book, for the relationships, plot and end to work, it needs to pave the way. That one of the reveals at the end is that he had to learn to love himself (before someone else) is a bit of a shocker considering he cares about little else other than his own needs – though not as shocking as him/Myers resisting a joke about Whitney Houston singing The Greatest Love of All.

If you like bitchy one-liners there’s several on every page. And if you want to read a rare novel where the main character is gay, and even rarer, unsympathetic and hard to like, there’s that too. How about drunken tales of online sexual encounters gone wrong while dating celebrities in secret? If any of this appeals you will find a lot to like this is the book. Ignore my gripes, maybe I’ve just grown too old and too soft for the beautiful, demanding, exciting and harsh London gay scene.

Paul McVeigh is author of The Good Son, winner of the Polari Prize