Book review: Neil Blackmore’s new novel is not just played for laughs; it is an insightful study into a period of history often overlooked in fiction 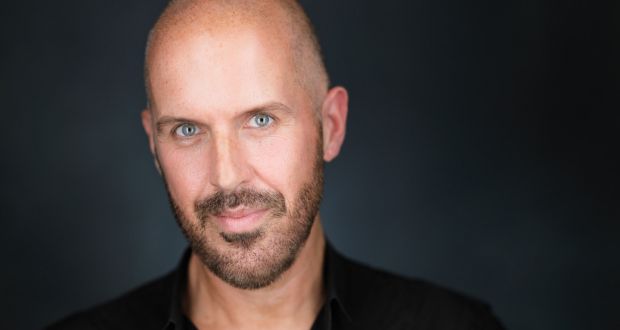 Neil Blackmore’s comic historical novel draws clear parallels between the social and financial disparities of the 18th century and today.

It could be argued that the two most difficult things to achieve in fiction are to make people scared or to make them laugh. Stephen King has the former sewn up, but there are few writers who can provoke the reader into genuine guffaws. Most so-called comic novels these days barely raise a smirk. Enter Neil Blackmore to show us all how it’s done with his hugely entertaining romp through 18th-century Europe. The Intoxicating Mr Lavelle is a novel for which the word “rollicking” might have been invented.

Narrated by 21-year-old Benjamin Bowen, the story opens in London when he and his 22-year-old brother Edgar are informed by their parents that they are to go on a lengthy European tour in order to experience other countries and introduce themselves to polite society. By polite society, Mrs Bowen means other English people who have travelled abroad, never speak to foreigners, and walk past each other in French parks in abject terror that they will be cut by someone of lower status.

From the start, Benjamin’s voice is a delight. He’s a naïf, but open to adventure, and while Edgar is excited at the prospect of meeting pretty girls, Benjamin’s tastes lie on the opposite end of the sexual spectrum. No surprises then that when Horace Lavelle, a free-thinking, sexually ambiguous libertine happy to go skinny- dipping at a moment’s notice, enters his life, Benjamin is quickly smitten.

The action takes us from Paris to various parts of Italy and, as one brother falls more and more under the spell of the charmer, the other feels increasingly isolated. It’s an important part of the narrative for, somewhat bizarrely, Edgar and Benjamin have slept in the same room their entire lives and always dressed as twins. Finding an individual identity is important to the narrator, while being accepted and “known” by the upper crust is all that matters to Edgar.

Lavelle himself is a delicious character, rambunctious, manipulative, funny and devil-may-care. It’s no surprise that the previously closeted Benjamin is bowled over by his irascibility and wit – part of the joy comes from how easily his older brother is scandalised – but Blackmore builds the action slowly, leaving the reader wondering whether or not Lavelle will have an adverse effect on Benjamin’s life or whether he will enhance it.

Issues of status and protocol are of more importance in the book than at your average gathering of the British royal family, and Blackmore handles his subject with aplomb. Edgar’s incessant social climbing stands in stark contrast to his brother’s growing realisation that these are issues of little consequence. A moment when Benjamin chooses to go out without wearing his sumptuous wig is treated with great seriousness as Edgar is utterly horrified. And while it is all the funnier for that, it’s also a telling example of how surface appearances were of such major importance to the Enlightenment generation.

Eccentricity
Any historical novel needs to have a contemporary resonance, and Blackmore draws clear parallels between the social and financial disparities of the 18th century and today. Indeed, one can almost see the author correcting proofs as Jacob Rees-Mogg lounged on the front benches of the House of Commons in bored insouciance at the outraged voices of the party opposite. Plus ça change, as they say, plus ç’est la même chose.

“We are young and we are beautiful,” Lavelle declares towards the climax, and it is this desire to live a full and honest life with total indifference to the world’s approval that drives the narrative and the characters.

As the Enlightenment gave way to both the Scientific and Industrial revolutions, there’s a certain nostalgic quality to watching the dying days of an era. Edgar does all he can to hold on to what he perceives to be the correct way to live, Lavelle is already leaping into the future, while Benjamin stands as the bridge between the two, his head still with the former, his heart with the latter.

The Intoxicating Mr Lavelle is the kind of novel that a reader can sink into, delighting in the merriment of the prose and the eccentricity of the protagonists. But it’s not just played for laughs: it’s also an insightful study into a period of history often overlooked in fiction – curious considering so much of it was devoted to the dissemination of ideas, culture and  knowledge.