The Incendiaries by RO Kwon: overhyped debut fails to ignite 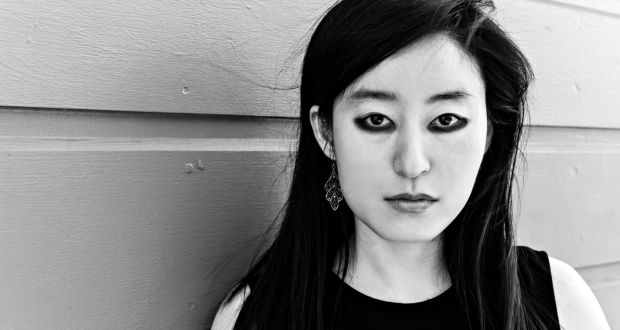 RO Kwon: her eloquent prose is worthy of attention despite novel’s flaws

The raw materials are there for an explosive novel. An elite American college, two outsiders in a love-at-first-sight relationship, a former student turned cult leader, a plot involving extremist terrorism and a damaged, grieving narrator who looks back on it all, trying to understand what went wrong.

But despite promising a tale of obsession, fanaticism and loss, RO Kwon’s debut The Incendiaries fails to ignite. The stylish writing and interesting subject matter are lost in a plodding narrative that feels like a paint-by-numbers attempt at Donna Tartt’s The Secret History. Elite college setting? Check. Working class narrator who invents a preppy persona to hide his roots? Check. Mystery that involves much second guessing and questioning of memory. Check.

“It’s possible these are just the details I’ve saved. It could be grief’s narrowed vision: I’ve noticed what I’ve lacked,” says Will Kendall, the book’s problematic narrator who relates events at Edwards University in the fictional town of Noxhurst. In alarmingly similar fashion to Tartt’s Richard Papen, Will has left small-town California for an east coast college, where he aims to impress by rewriting history: “My mother’s house sailed south from dull, meth-addled Carmenita to the hills of Los Angeles.”

The focus of Will’s fictions is Phoebe, a Korean-American virtuoso pianist who has given up playing following the death of her mother. Blaming herself, Phoebe gets drawn into a cult run by former Edwards student John Leal. The cult, Jejah, ends up responsible for a terrorist attack in later proceedings. This may seem like a plot spoiler but in a novel with little tension and poor pacing, this supposed main event has little build or resonance.

The blurbs for The Incendiaries include praise from writers like Jenny Offill, Lauren Groff and Pulitzer Prize winner Viet Thang Nguyen. This is no doubt about Kwon’s prose, which is at times beautiful and eloquent and worthy of attention. Will, who can’t believe his luck with his new girlfriend, regards Phoebe “in the old-gold light of morning, I had the idea she might have been a wild sea-creature who’d washed onshore, luck’s gift, legs tucked like a mermaid’s tail”. Cult leader Leal paints a harrowing picture of life in a North Korean gulag: “Lives thrown out like trash, he said. A five-year-old child hanged for stealing a little rice. Gang rapes. Everyone was starving. Deprived of rations, a man had eaten the shit-soiled rags used to wipe latrines.”

Phoebe’s back story of emigrating from South Korea with her mother, on the run from an abusive father, is intriguing and vividly depicted. When Kwon digs deep into a subject, she has ample skill to bring it to life. So too with scene setting, as she does with Will’s part-time job waiting tables in a fancy Italian restaurant. These short, vibrant scenes feel real in a way that much in the novel does not – the brash boss, the nightmare customer demanding veal like a spoilt child, the sexist atmosphere cultivated by the predominantly male staff.

Kwon is a National Endowment for the Arts Literature Fellow whose writing has appeared in the Guardian, Vice, Electric Literature, and the San Francisco Chronicle among others. Born in South Korea, she’s lived mostly in America. Her novel recalls recent debuts with similarly fraught and terror-stricken landscapes such as Emma Kline’s The Girls, Sunil Yappa’s Your Heart is a Muscle the Size of a Fist and Karan Mahajan’s The Association of Small Bombs.

But each of the above has a visceral quality lacking in The Incendiaries. Aesthetically pleasing in parts, Kwon’s novel is let down by a startling awkwardness in narrative style. Will, the least interesting of the three main characters, tells everyone’s story through a forced lens that gives the action a superficial feel. “I hoped I’d be a piano genius, Phoebe told the group, in the first Jejah confession she tried giving,” Will tells us (in a section that is headed “Phoebe”) before interjecting, “though I’d driven Phoebe here, I was going outside, going home”. An unwieldly shift to the first-person voice of Phoebe follows, a device that is repeated in most chapters. John Leal’s story, meanwhile, suffers from stiltedness, with too much narrative intervention allowing even extraordinary details about North Korea’s brutal treatment of its citizens to sometimes fall flat on the page.

Continuity issues occur frequently in the action, and also within the writing itself. Mid description of Phoebe’s prank on the university president, Will interjects: “Invited to participate, I told Phoebe I didn’t have the time.” Sentences that don’t follow from each other, confusion over who is speaking, characters that crop up with little or no context (who the hell is Ling?) mean that the flow of the novel is continuously halted. The raw materials might be there for a powerful book, but The Incendiaries is an overhyped debut that lacks a fuse.