The End of Days by Jenny Erpenbeck review: memory as a punch to the heart

Winner of the Independent Foreign Fiction Prize 2015, a chilling and profound tapestry woven through the agonies of 20th-century European history. A superb, even supreme example of exciting international fiction 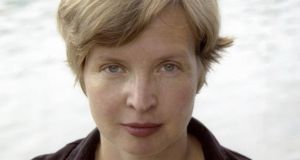 Jenny Erpenbeck, daughter of a philosopher father and a mother who translates from the Arabic, is a dreamer, a thinker and artist. She is also an east Berliner and this is a very German book; it is also a consummately European work with all the force of history

Book Title:
The End of Days

Chance spins and it decides an individual’s fate. What if? What if a death did not happen? What if a life took another direction? How many times does the same person become different people; daughter, mother, grandmother? So many changing roles, and all over the course of a life, one life, several lives. The dead baby didn’t die – instead it had a life, was young, lived, loved, suffered, celebrated, lamented, experienced so many changes, and then it all unravels, age takes over and the helplessness of infancy returns, only this time without the promise of a future that once beckoned to an infant, lying in a cot.

The End of Days is about lives not lived and it pursues contrasting possibilities. In it a baby dies: “The Lord gave, and the Lord took away, her grandmother said to her at the edge of the grave. But that wasn’t right, because the Lord had taken away much more than had been there to start with, and everything her child might have become was now lying there at the bottom of the pit, waiting to be covered up.”

The chance death of a child is the dynamic which sets off a series of lives, variations of what could have happened.

Erpenbeck is a virtuoso, she tosses images, frees them as if they were birds and she allows them to make a pattern, so many ripples, snatches of anecdotes, facts, bound volumes of the works of Goethe, ambivalence as well as artful, always deliberate repetition. A family history crossed with a fairy tale and executed with a dream-like precision which suggests a visionary allure. Heady stuff indeed; reading this novel is to shake one’s mind alive. History and mythology; sensations and impressions – now you see it, now you don’t, or perhaps you did. Did she live? Did she die?

Small wonder that Susan Bernofsky has shaped a magnificently virtuosic translation that evokes the stern beauty of Erpenbeck’s prose and all its vigorous wisdom. In all fairness there is absolutely no comparison with the daunting genius of The End of Days and the thematically similar pedestrian storytelling of Kate Atkinson’s bestseller Life After Life (2013). Both novels share the same thesis – that of contrasting possibilities – but Erpenbeck’s prose style and artistic vision are vastly superior.

Technically The End of Days is watery and implied, a work of art, a piece of theatre. Erpenbeck is a theatre director and this is evident in her impressionistic approach. Much is implied, less of it explained. The End of Days is a chilling and profound tapestry woven through the agonies of 20th-century European history. A memory becomes a punch to the heart. The allusive narrative is ambitious and extraordinarily sophisticated and is constructed in movements inspired by music. A death in Galicia is followed by hardship in Vienna.

Later, another woman, the same woman, in another life, “sits at a desk writing an account of her life. The desk is in Moscow. This is the third time in her life she’s been asked to write an account of it, and it’s entirely possible that this written account will put an end to her life, possible that this piece of writing will be transformed, if you will, into a weapon to be used against her…..Didn’t her husband always say that in the theatre there’s never a gun handing on the wall that isn’t going to be fired off at some point? She remembers Ibsen’s The Wild Duck and how she wept when the shot was finally fired.”

From a baby lying in her grave to an old woman staring at another, her own, this novel is a communal journey.

Erpenbeck, daughter of a philosopher father and a mother who translates from the Arabic, is a dreamer, a thinker and artist. She is also an east Berliner and this is a very German book; it is also a consummately European work with all the force of history. It is as light as a dream and as heavy as real life. In the last so many months every German I have met has asked me the same question: “Have you read The End of Days?”

German-language writing has a unique blend of edgy intellectualism and a poignant romanticism. This is a miracle of a prose work. Her other books include a devastating novella, The Old Child (1999; translation 2005), The Book of Words (Wöterbuch or Dictionary) (2004; 2007), and Visitation (Heimsuchung or Homecoming 2008; 2010). The Old Child is a fable; a young outcast girl suffers at school, she has no history; she is bullied and disbelieved, she is marginalised, confused. She is institutionalised. At the end of the book when is has become clear what her experiences symbolised, she is presented with an old woman. The doctor announces to her: “this is your mother”. The girl, now a woman herself, slowly opens her eyes, and says: “I don’t remember you at all”.

Near the close of The End of Days, a son is left wondering about the leave taking, “the going away”. “I dreamed that I was dreaming. And suddenly it was no longer a dream.”

Already the winner of the Hans Fallada award in Germany, Erpenbeck has now won the 25th Independent Foreign Fiction Prize, the third German to win after WG Sebald and Gert Hofmann, the father of Michael Hofmann, the translator. Sebald and Hofmann both won posthumously. Erpenbeck’s masterwork is both cerebral and intensely moving. This is a superb, even supreme example of exactly how exciting international fiction is; how fortunate it is that there are literary translators capable of honouring the original language and filtering such wonderful works through to wider audiences.