The Cuckoo’s Calling, by Robert Galbraith

Regardless of its author’s name, motives or reputation, JK Rowling’s work is easily one of the most assured and fascinating debut crime novels of the year 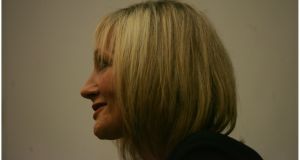 Cormoran Strike is an unfortunate name for a private eye. Fans of the crime novel will tell you that private detectives crave anonymity, blending with the shadows and attracting no attention as they go about their sordid business. A man called Cormoran Strike who wishes to pursue a career as a private eye – and particularly a former military policeman with the physique of a grizzly bear, who resembles “a young Beethoven who had taken to boxing”, as is the case with the hero of Robert Galbraith’s debut novel, The Cuckoo’s Calling – might want to consider changing his name.

Robert Galbraith, of course, was last week revealed to be the pseudonym of JK Rowling, who published The Cuckoo’s Calling in April. Rowling adopted the nom de plume, according to her press statement, in order to publish without hype or expectation, and to get feedback under a different name. The book was well received by Galbraith’s peers and in trade reviews, but the sales – fewer than 1,500 copies – were vanishingly small by comparison with the sales of her Harry Potter novels, or even last year’s foray into literary fiction, The Casual Vacancy.

Once the author’s true identity was revealed, The Cuckoo’s Calling rocketed towards the top of the bestselling charts. It’s an oddly appropriate turn of events, given the novel’s obsession with changing names and the search for a true identity. Indeed, even the author’s pseudonym plays its part: Robert Galbraith loosely translates as “famous stranger”. Cormoran was the name of a giant famous in Cornish folklore, his short stint in Cornwall being the happiest period the young Strike can remember from his peripatetic childhood.

One can only imagine that giving her private detective such a clumsily brash name is something of a red herring on Galbraith/Rowling’s part, because the rest of the novel is elegantly delivered. Three months after a young supermodel, Lula Landry, plunges to her death from a balcony in what was subsequently ruled a suicide, Strike is commissioned by Lula’s brother, John Bristow, to investigate what he believes to be Lula’s murder. Strike takes the case only to relieve the strain on his beleaguered finances, but as he digs deeper into the events surrounding Lula’s death, his conscience becomes the guiding light of the investigation.

What follows is a satisfyingly complex plot that winds through the labyrinth of London’s vulgar rich, as Strike encounters a host of models and actors, lawyers and brazen gold-diggers. JK Rowling is reported to be a fan of the golden age of British crime fiction as written by Agatha Christie, Josephine Tey and Dorothy L Sayers, and The Cuckoo’s Calling is very much a traditional mystery in that puzzle-solving vein as Strike interviews a series of suspects, piecing together elements of the jigsaw as he goes.

More enjoyable still are the characterisations, and particularly those of Cormoran Strike and Robin Ellacott, Strike’s recently engaged temporary secretary and his Watson-like foil. Strike, despite that garish name, is a no-nonsense character who combines a hulking presence with a gruff sensitivity. He is, of course, unlucky in love; worse, he left part of his leg behind during his last tour in Afghanistan, and is still struggling to come to terms with its absence.

Ellacott, intelligent and idealistic by way of contrast with Strike’s cynicism about his grubby job as a gumshoe, is not simply defined as his sounding-board. She is a lively presence, innovative and self-starting, a woman who quickly becomes frustrated with sitting behind a desk typing up reports and soon becomes an equal partner in the investigation.

Unusually, one of the most rounded characters in the novel is the victim, Lula Landry. Where lesser crime writers tend to provide a corpse at the beginning of a story simply to springboard the narrative, Lula becomes a more tangible presence the longer the novel goes on. This is in part because Cormoran Strike invests himself emotionally in the investigation, and begins to discover the real Lula behind the image adorning the ubiquitous magazine spreads and advertisement hoardings. Adopted at a young age by the wealthy Bristow family, Landry (the cuckoo of the title) grows up to become an icon, a brand name, a blank canvas upon which the world at large paints its own fantasy. Hounded by a rapacious press, paranoid when her mobile phone is hacked, and chased everywhere by the paparazzi, Lula might well be something of an avatar for the author herself. Poignantly, towards the end of the novel, Strike grasps after a quote from a poem (which Galbraith/ Rowling neglects to mention is from Lord Alfred Tennyson’s Ulysses), eventually excavating the haunting refrain, ‘I am become a name . . . ’

It all makes for a potent blend, and allows for the possibility of a hyperventilating rant at the excesses of the tabloid press, but Galbraith/Rowling delivers her story in an unfussy, graceful style that offers occasional lyrical flourishes and many nuggets of sly humour. That’s possibly why The Cuckoo’s Calling was, by one editor’s admission, rejected on the basis that it was “too quiet” in today’s marketplace; certainly it suffers from dearth of, say, fiendishly evil and improbably well-resourced serial killers who have apparently mastered the art of bi-location.

Perhaps that “too quiet” was a specific criticism in the context of the crime novel genre, however. Readers of all tastes who relish precise and measured prose, and plausible characters who pause to feel and think, rather than do and then do more at an ever-accelerating pace, will enjoy a story that thrives on neatly judged observations, psychological insights and a heartfelt respect for the traditions of the mystery genre. Taken on its own merits, and regardless of its author’s name, motives or reputation, The Cuckoo’s Calling is easily one of the most assured and fascinating debut crime novels of the year.