Declan Burke and Declan Hughes, our crime-writing specialists, share their picks of the year 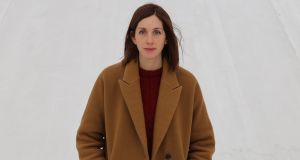 A strong year for Irish crime fiction opened with Nicola White’s A Famished Heart (Viper), in which religious martyrdom provides the motive for a suspicious death. Malachi O’Doherty’s debut Terry Brankin Has a Gun (Merrion Press) was an impressive addition to the post-Troubles canon of crime writing while Arlene Hunt’s No Escape (Hachette Ireland) delivered a pulsating thriller set in gangland Dublin.

The Cutting Place (HarperCollins) was the 10th in Jane Casey’s increasingly impressive DS Maeve Kerrigan series and arguably her most political novel yet. Andrea Carter’s The Body Falls (Constable), set in Donegal, was another genteel but astute cosy mystery featuring the amateur sleuth Benedict O’Keefe. Henrietta McKervey’s A Talented Man (Hachette Ireland) was one of the year’s highlights, a psychological thriller rooted in the plagiarising of Bram Stoker’s Dracula.

Further afield, Felicity McLean’s striking debut The Van Apfel Girls are Gone (Point Blank) was set on the fringe of the outback and offered a child’s-eye view of domestic horrors. Scott Turow returned to the fray with his latest courtroom thriller The Last Trial (Mantle), a poignant account of defence lawyer Sandy Stern’s swansong. In The Dirty South (Hodder & Stoughton), set in Arkansas in the late 1990s, John Connolly delivered an origins tale for his celebrated detective Charlie Parker in a timely novel set against a backdrop of racial hatred. In a more light-hearted vein, Carl Hiaasen brought his satire to bear on the current incumbent of the White House in Squeeze Me (Sphere), in which Florida is overrun by a plague of Burmese pythons.

Closer to home, Catherine Ryan Howard’s The Nothing Man (Corvus) confirmed her reputation for innovation by revitalising the serial killer tropes. John Banville was in entertainingly mischievous form in Snow (Faber), in which he toyed with the clichés and conventions of the big house mystery. In her best novel since Broken Harbour, The Searcher (Penguin Viking) found Tana French relocating the classic western to Ireland’s wild west.

John Vercher’s award-winning Three-Fifths (Pushkin Press) was a superb debut charting a biracial character’s gradual coming to terms with his complex identity. Set on Lough Derg’s Station Island, Anthony J Quinn’s Turncoat (No Exit Press) was a Troubles-era spy thriller drenched in Catholic guilt. Finally, the always reliable Michael Connelly’s The Law of Innocence (Orion) finds defence lawyer Mickey Haller realising that he has a fool for a client when, accused of murder, Mickey sets out to defend himself in court.

Lurking just outside my 2020 list are A Talented Man by Henrietta McKervey, All the Devils are Here by Louise Penny, Before the Ruins by Victoria Gosling and The Ruins by Mat Osman. My top 10 is in no order but I do pick a favourite.

A stylish, atmospheric treat set in the hard-drinking nightclub London of the Kray twins, Joe Thomas’s Bent reads like a well-shaken mix of David Peace and early Harold Pinter with an undertow of brooding menace and perfectly-pitched, faintly absurd dialogue. Thomas Mullen’s third Darktown novel, Midnight Atlanta, sets a politically- and socially-complex narrative against the backdrop of the burgeoning 1950s civil rights movement to deliver an immensely satisfying mystery, attentive to resonant issues of class, urban gentrification and police corruption.

Nicci French’s House of Correction blends a compelling psychological thriller with a rousing courtroom drama and a leaven of sealed village mystery (there’s even a map). Finally, Liz Moore’s stunning Long Bright River works as a vivid portrait of a city (Philadelphia), as an acute study of mothers and daughters and as a psychologically coherent, morally unsettling, incredibly moving broken-family saga. It is by some considerable distance my crime novel of the year.

Declan Hughes is a novelist and playwright; he is a teaching fellow in creative writing at University College Dublin and literature adviser to the Arts Council.