The Age of Surveillance Capitalism by Shoshanna Zuboff: Data disaster

Zuboff: surveillance by private firms is a crisis as serious as climate change 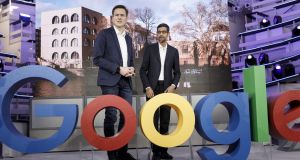 Two related events in the past five years have made us depressingly aware that when we use the internet, almost everything we do – our digital trail of crumbs showing where we have been, what we have read, what we clicked on, who we’ve contacted, even what we’ve written or said – is being recorded, stored, aggregated, analysed and made available for access to hidden parties.

First came the 2013 disclosure by former CIA contractor Edward Snowden of wide-ranging mass internet and communications systems surveillance programmes by the US National Security Agency (NSA), including Prism, a project that tapped directly into servers at major internet and technology companies (which may or may not have been complicit).

And then there was the Facebook-Cambridge Analytica scandal last year, in which millions of Facebook users discovered their personal information had been shared with a company aiming to fine-tune rogue social media techniques for influencing voters, perhaps swaying the Brexit vote and the 2016 US presidential election.

In two important and deeply personal books, Harvard Business School emeritus professor Shoshana Zuboff and Russian-born American journalist Yasha Levine reveal that such surveillance, by the corporate world and the state, is not a dirty exception but the rule; not a malfunction or mistake, but the norm. These surveillers are intrinsically and historically linked.

Zuboff’s massive The Age of Surveillance Capitalism (at 700-plus pages) will surely become a pivotal work in defining, understanding and exposing this surreptitious exploitation of our data and, increasingly, our free will.

Even “data”, as a term, erases the fact that it comprises the very essence of us – our likes and dislikes, our physical and emotional attributes, our social connections, our physical environment, the patterns of our daily lives. It is us, packaged and sold on for further exploitation.

She meticulously demonstrates how Google, initially a financially struggling search engine, pioneered surveillance capitalism once it discovered it was sitting on a data gold mine – its users – and could monetise the personal information disclosed by every search.

Not that we ever consented. And therein lies the system’s foundation, the prime deception that fuels Zuboff’s slow, focused burn. As if someone walked into your home, glanced around and claimed it all as theirs, surveillance capitalism takes what it wants, makes you pay and looks for new strategies to get even more.

Google is surveillance capitalism’s chief architect. Its initial success with targeted ads swiftly prompted a longing for data at scale, the better to define and target us at an ever-more-granular level. More “free” services (and, under parent company Alphabet, more companies of every hue with the same data-intake imperative) provide constantly refreshed data flows: from our emails, our social exchanges, our documents, our calendars, our journeys, our locations.

Soon everyone was at it, and a new, toxic form of capitalism was born. By the time we started to notice, the system was firmly established and expanding, (no) thanks to anti-regulation neoliberalism and post-9/11 state support for surveillance.

Keeping us in the dark is official strategy, regardless of whether it means ignoring laws or deliberately doing the wrong thing, as Zuboff shows in a shocking litany of corporate examples.

Plus, we are impelled to click “accept” on long and confusing user agreements and privacy notices that Zuboff better terms surveillance notices. We grow numb and compliant, resigned to this unequal trade-off in order to get the “free” service, or a device that does what we bought it for, never realising our TV, electric toothbrush, vacuum or thermostat is surveilling us (and they are).

Never before has such wealth and power been concentrated in companies carrying out such privatised surveillance at massive profit, she argues, and because this situation is unprecedented, existing tools – antitrust legislation, privacy law – will not suffice to tackle what she persuades is a looming crisis as threatening as climate change.

The EU’s General Data Protection Regulation (GDPR) offers a first potential counter, she says. But her concluding hope is that her dense, thoughtful, at times furious text might be the start of needed public resistance, a determined push to make technology work for, not against us. Her articulate analysis is a badly needed fortification for launching such an effort.

Levine’s Surveillance Valley, an easier and faster-paced read, dovetails usefully with Zuboff. His focus is on the long, secretive military basis to the development and continued growth of the internet.

The received myth is that the net was developed as a communications safeguard for a nuclear attack, or as a benign communication and business network. He shows that even revered figures in its development, such as JCR Licklider, were involved in military applications used first in Vietnam and expanded ever since.

Levine details how companies – especially Google (surprise!) – consolidated secretive relationships with numerous branches of the military and the surveillance agencies from the start. Of course they did. As private businesses protected by business law, data-gathering companies could assemble and exploit data in ways the military and spooks could only dream of. Hence the close ties.

This well-researched background prepares for Levine’s obvious, personal end goal: the opportunity to defend his controversial 2014 journalistic exposé of Tor, a widely used online anonymising tool promoted by Snowden (who gets short shrift from Levine), and beloved of the privacy and human rights communities (as well as “dark web” criminals).

Levine reveals solid evidence regarding its contradictory ties to the military and spy agencies, even arguing the tool has deliberate backdoors for infiltration. His original articles infuriated what he calls the “internet freedom” brigade: activists, many journalists, human rights defenders. One suspects the truth lies somewhere in between these sparring sides, but he is right to probe such anomalies.

His own agenda can be odd, for example, dismissing Snowden for not being aggressive enough on corporate surveillance, or highlighting sexual harassment claims against a key Tor figure, while avoiding any critique of contentious WikiLeaks founder Julian Assange, mentioned several times.

While both these volumes contain much that will enlighten, Zuboff’s is the essential, if at times challenging text, but Levine provides a worthy, eye-opening companion.