Testimony review: Life with The Band and Bob Dylan

Robbie Robertson tells the story of his musical journey, with just a little rambling 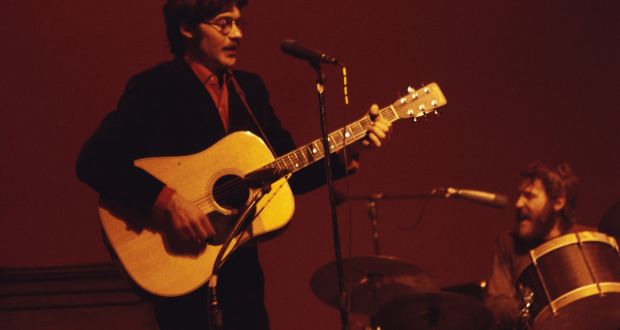 Robbie Robertson fancies himself as a storyteller, with good reason. His ability to conjure a mythic America on such songs as the Civil War-inspired The Night They Drove Old Dixie Down testifies to a remarkable imagination. The albums Music From Big Pink and The Band, along with Dylan’s John Wesley Harding and the Byrds’ Sweetheart Of The Rodeo, offered a reassuringly old wisdom amid the political hectoring and psychedelic posturing of late 1960s rock. Robertson’s appreciation of oral history and what he calls “the great holy mystery of life” stems from his upbringing on the Six Nations Indian Reserve above Lake Erie. The vivid description of reservation life is one of the early highlights of this book.

Propelling the narrative is Robertson’s remarkable family history. His formidable mother was of Mohawk and Cayuga descent with “some Irish stock in there too, which she would speak of proudly”. The father, James Patrick Robinson, a violent alcoholic, is ultimately revealed as not being Robbie’s biological parent. It turns out his real father was a card sharp who was killed in a hit-and-run accident. Robertson ruminates: “I don’t know who I am anymore – orphan, bastard, stepchild?” The revelation is punctuated by an ethnic twist: he now has a Jewish/Native American/Canadian genealogy. “Bad enough he was a redskin, now he’s a Jew,” quips the ever-irreverent Ronnie Hawkins. Then there’s Robbie’s Uncle Natie, a remarkable character whose Mafia connections add further spice to the story.

As with many music autobiographies, it is the formative years that are the most revealing. The on-the-road tales with The Hawks are a rollicking read, full of youthful exuberance and a sense of discovery. The fledgling Band members – musical equals at this point – are larger-than-life characters: the doomed alcoholic Richard Manuel, the eccentric but brilliant Garth Hudson and the mercurial, ever-humorous Rick Danko. However, it is Levon Helm whom Robertson appears to revere the most. “I am honoured to have been in his musical grace,” he concludes. When the drummer briefly leaves during their 1966 world tour with Bob Dylan, Robertson declares: “No one can ever possibly take Levon’s place in The Hawks. His unique voice and rhythmic feel were deeply embedded in our sound.”

Helm was frosty towards Robertson in his autobiography, This Wheel’s On Fire, but the response is not merely to ignore such barbs but almost smother his bandmate with respect and affection. There is a political subtext. Robertson has been unfairly criticised in the past for dominating The Band’s songwriting after their first album, the innuendo being that publishing avarice ultimately overtook friendship. It’s therefore remarkable to learn that the publishing was split equally between the five members, irrespective of the composer credits. It is Robertson who fares worst out of this arrangement. The more he writes, the more he has to give away. In later years, he is asked by Manuel, Danko and Hudson to purchase their shares and has to raise serious capital to do so. It sounds like bad business on their part, but you can hardly blame Robertson for investing in himself.

By the mid-point of the book, the author is in danger of losing both the run of himself and his main characters as the narrative slips into episodic asides, some entertaining, others banal. At its worst this is cocktail-party prose, an introduction to some famous name, accompanied by a brief bon mot, then on to the next guest celebrity. Referencing the minor characters in future will be difficult due to the shameful lack of an index. What were the publishers thinking?

At the very moment you fear Robertson might be losing sense of what makes his story so important, he retrieves the narrative threads and provides a sustained and gripping account of The Band’s collaboration with Dylan during the recording of The Basement Tapes at the Big Pink house in West Saugerties. This is riveting stuff.

Readers in search of fresh Dylan stories won’t find any major revelations here, but there are numerous comic moments: the bard attempts to stop smoking by standing on his head; upon meeting The Beatles he suggests that they should each write songs for the other, then falls asleep in a bathtub. More serious issues, such as the business relationship with Albert Grossman, are glossed over.

For all the anecdotal detail and pacy prose, there is a sense that Robertson is occasionally holding back. He has too much class ever to fall into kiss-and-tell mode and is understandably protective of his reputation. He studiously avoids latter-day Band reunions, always fearful of spoiling their legacy. Tellingly, he closes the book on a note of rose-tinted triumph with a eulogistic account of The Last Waltz. It is a great, uplifting finale, but hardly an original one. Both Levon Helm’s autobiography and Barney Hoskyns’ solid biography, Across The Great Divide (both published in 1993), also used that epochal concert/film as the perfect summation. As for the next 40 years of Robbie Robertson’s life . . . who knows?