So you want to write for children? An author, editor and agent offer their advice 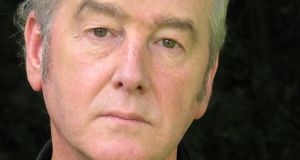 Skellig author David Almond: It is important for the writer not to define oneself too closely or too narrowly. Avoid easy categorisation, take risks and enjoy the opportunity to experiment

As an increasing number of awards and shortlistings demonstrate, Irish children’s literature is currently enjoying new levels of popular and critical success. No surprise, then, that there seems to be a corresponding increase in its popularity as a possible genre for would-be writers, queuing to be the next big name in a literary world which is already quite crowded.

One of the most stimulating events at the recent Dún Laoghaire Mountains to Sea Book Festival, a panel discussion entitled Trade Secrets: Insights from the Inner World of Writing, Editing & Publishing, dealt entertainingly and informatively with some of the many questions arising for those with such aspirations.

The writing world was represented by children’s and young-adult writer David Almond, celebrated for award-winning novels such as Skellig, Kit’s Wilderness, My Name Is Mina and A Song for Ella Grey. Accompanying him were Anne McNeil, his editor for many years, and Catherine Clarke, his agent. Proceedings were kept running smoothly by Elaina Ryan, director of Children’s Books Ireland.

From the outset it became clear that the road to publication of the children’s book starts with an awareness of the importance of team effort. In Almond’s phrase there is a need for “a sense of someone beyond” the writer, primarily a publisher who believes in, and trusts, the writer’s creativity. It is important for the writer “not to define oneself” too closely or too narrowly. Avoid easy categorisation, take risks and enjoy the opportunity to experiment. Today’s children’s books can incorporate all sorts of exploration and topics.

Over-specific age-banding can result in the diminution of a book’s overall appeal. Write, instead, argued Almond, for “youth, or youngness”. Think of writing your book as being akin to embarking on a journey without, however, necessarily knowing your ultimate destination. And, when you completely believe in what you have written, send it off. Patience is clearly a prerequisite: as numerous writers, including Almond himself, can testify, the way to eventual publication is invariably paved with rejection slips.

As for the role of the editor, McNeil drew on her experience as current head of a team of nine to illuminate what she referred to as “a complex job”, often involving “stripping a book down to its nuts and bolts”. Her approach is to offer “constructively critical” editing, both sharing in and expanding the author’s original creative vision, resulting, it is hoped, in a book which is “the best of what the author wants”. Almond, she added, benefits from being “an immensely strong” self-editor, but benefits also from having “someone to look at the book afresh”. New, vibrant voices in children’s books will always be welcome, provided that they can offer “something unique”.

As literary agent, Clarke indicated how her role can vary significantly from writer to writer but, in essence, she sees her function to be supportive of the author. Obviously, some require more work than others before their work can be brought to a potential publisher; it may, in certain circumstances, take a period of up to two years. There can be particular difficulties with a second book. One of the agent’s most important jobs here is to encourage writers “to push themselves to do something more ambitious” than their first efforts. Emulation of writers already successful is unlikely to pay huge dividends. We should be sceptical, added Clarke, of too much talk of “the next Skellig”.

The need for today’s authors to become more actively involved, post-publication, in communication with their readers was stressed by both McNeil and Clarke. Author “profiles” must be built up via networking processes. Relationships should be established with local booksellers and writing groups: such sources should be seen as “allies”, happy to give critical feedback. And the possibilities of exploring a book’s “international dimension”, via translation or adaptation by non-literary media such as film, should not be neglected.

For all would-be children’s authors and, equally, for a wider audience this was a discussion characterised by its tone of realism. No easy fame or fortune was guaranteed for those embarking on this particular literary career but its potential to enrich the lives of its readers, young or old, should act as incentive to keeping a steady flow of manuscripts on their way to agents, editors and publishers.