Prize worth €2,000 will be presented as part of Mountains-to-Sea dlr book festival 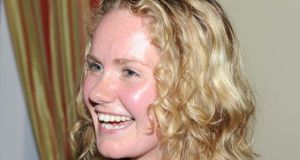 Leanne O’Sullivan has been shortlisted for the ‘Irish Times’ Poetry Now award for ‘A Quarter of an Hour’.

Six poets have been named on this year’s shortlist for the Irish Times Poetry Now award. The list includes Derek Mahon, a previous winner on two occasions, who has been shortlisted for Against the Clock (Gallery Press). The other poets on the shortlist are Eva Bourke, for Seeing Yellow (Dedalus Press); Ailbhe Darcy, for Insistence (Bloodaxe); Martina Evans, for Now We Can Talk Openly About Men (Carcanet Press); Tom French, for The Last Straw (Gallery); and Leanne O’Sullivan for A Quarter of an Hour (Bloodaxe).

The €2,000 award will be presented as part of the Mountains-to-Sea dlr book festival in Dún Laoghaire in late March and has been an annual event since 2005.

This year’s judges are Bernard O’Donoghue, poet and emeritus fellow of Wadham College in Oxford, where he taught Irish poetry; poet Moya Cannon; and Lucy Collins, associate professor of English in UCD and co-founder of the Irish Poetry Archive in the UCD school of English, drama and film.

The Irish Times Poetry Now award will be presented to the winner in the dlr Lexicon in Dún Laoghaire on March 30th during the festival, which runs from March 28th-31st (full programme mountainstosea.ie).