Scrabble scrambles to stay on fleek with baes and baos, OK?

The new edition of Official Scrabble Words adds 2,862 new words to the existing 276,000 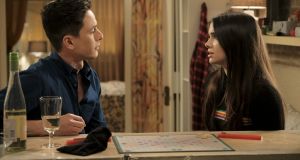 Do you and your bae watch the latest bingeable series on Netflix and overshare your relationship on social media? Or do you imagine yourself sipping champas and planning a fashion collab with your blud?

These are examples of some of the 2,862 new words added to the existing 276,000 in the new edition of Collins Official Scrabble Words.

Slang terms and interjections have also made it onto the new list so Scrabble players can use ew, ok, yowza, rello, preggo, and gloomster.

Words relating to gender identity also feature in the new list including cisgender, transphobia, genderqueer and the neutral pronoun ze. As does politics, and with new words making daily headlines, it’s hard to avoid mentioning omnishambles, Remainer and postfact.

Wordies can also enjoy Scrabble triumphs with some high-scoring and useful new entries including asphyxying (29), equivocacy (29), and hackerazzo (27), plus dox, ok, ew, ume, ze and zen.

Philip Nelkon, four-time British Scrabble champion, is delighted with the inclusion of some new two-letter words: “We all know that two-letter words are the lifeblood of high-score Scrabble, enabling us to make those high-scoring parallel plays involving many words. Now, for the first time since 2007, there are three new two-letter words to enhance our Scrabble firepower. If you’ve been following the media, you’ll have seen that one of these – OK – has been the source of much controversy. Well, the word list compilers have gone judgy and made their decision – it’s in.”

The 2019 edition will be used in tournament and club play from July.

CAPICHE do you understand? (16 points)

CAPISH do you understand? (13 points)

CISGENDER having an assigned birth gender and gender identity that are

FATBERG large mass of fat in a sewer (13 points)

MISGENDER refer to a person as the wrong gender (13 points)

JOLLOF as in jollof rice, a west African dish made from rice and meat or fish (16 points)

BEZELLESS without a bezel (20 points)

EXOME part of the genome consisting of exons (14 points)