Revolution in the Head: the Beatles’ Records and the Sixties by Ian MacDonald 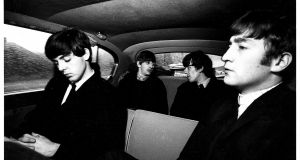 Most Beatles fans already know all about Revolution In The Head. I’m not sure many other bands (if any) could inspire the dedication required to read and re-read, let alone to write, such a book. Ian MacDonald was indicative of a very specific type of person, usually male, oft encountered on obscure chat forums entitled “The true meaning behind Bowie’s Blackstar” or “A Comprehensive List of all television appearances in 1984 by Prince (with times and dates)”. But MacDonald was exceptional. The breadth of his knowledge, as well as his attention to detail, prove awe-inspiring.

I was first introduced to the book by my father, and then by my future father-in-law, who are both misty-eyed Beatles lovers. Put simply, it consists of an account of every single Beatles track ever recorded, starting with the basic facts (who did what, when and where), before developing into a detailed description of the particular situation in which each was written and recorded; how the band were interacting, the atmosphere, the message, and finally an analysis of the track itself; whether or not it works, little elements of sound, the effect of the finished product.

Take MacDonald’s glorious account of Good Day Sunshine, the 90th song in the book: “The summer of 1966 was particularly glorious and McCartney’s GOOD DAY SUNSHINE, written one hot afternoon at Lennon’s mansion, was one of several records to capture the atmosphere… The song is both blissfully simple and full of the free-spirited musical jesting with which The Beatles amazed classical critics… Stealing up through the deceptive shade of E major, it leaps joyously into the light of the dominant – dropping beats left, right and centre – before landing, in barrelhouse 4/4, on A major.”

At times, it feels as though MacDonald could’ve been crying with joy as he wrote. And what an effect to have had! This is a must-read, not only for Beatles aficionados, but for anyone who enjoys reading someone write with intense passion on a subject they both know deeply and adore.

Lucy Sweeney Byrne is the author of Paris Syndrome (Banshee Press, 2019). Each Saturday in 2020, she will discuss one of her favourite books