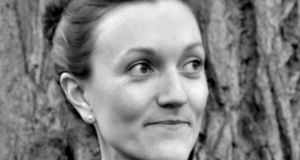 Anne Cathrin Bomann is a Danish psychologist who lives in Copenhagen

Signs that you might need therapy: chronic anti-socialism, a lacklustre approach to work, severe depression about aging, a daily dose of existential angst, and the feeling that you’re a stranger in your own body. The clients of the unnamed psychiatrist narrator of Agatha have a range of different problems. But little do they know, as they bare their souls on his couch in 1940s Paris, that their doctor is in urgent need of a shrink himself. Suffering from all of the above, he counts down the days until his retirement where he intends to hole himself away from other people’s problems and the world at large.

If this seems like a grim premise, it proves otherwise in the hands of Anne Cathrine Bomann, whose debut novel is charming, funny and packed with insight. Bomann is a Danish psychologist who lives in Copenhagen with her philosopher boyfriend and their dog Camus. A Danish Champion in table tennis, she played several seasons abroad and lived in Paris for a time, at an address that has now found its way into her fiction.

From his office on Rue des Rossettes no 9, the narrator sits behind his patients, so they can’t see his bored face, and pretends to listen to their problems: “Sighing a little too deeply, I reminded myself that after hers there were only seven hundred and fifty-three conversations to go.” Bomann mines the situation for laughs – a man in charge of caring for others who cares about nothing anymore, a misanthrope who can barely interact civilly with his secretary of 34 years: “We’d never reached an informal, let alone friendly footing.”

Things change when the secretary, Madame Surrugue, overrides his instructions (as she frequently chooses to do) and books him one final client. The titular Agatha arrives into his office unwanted but ultimately comes to change his life for the better. It is an age-old storyline that has seen a revival in recent years with the market for up-lit. This delightful debut certainly fits the bill – two oddball characters who save each other, and who teach the reader much about life in the process. Bomann has the light touch needed for these kinds of lessons. Nothing is laboured, not even Agatha’s difficult past.

Some readers may want more on this front, but Bomann isn’t interested in dwelling on the misery, rather in how human beings can recover from tragedy and move on. There are shades of the best of modern up-lit, novels like Gail Honeyman’s Eleanor Oliphant is Completely Fine and Rachel Elliott’s Whispers Through the Megaphone. All three novels offer heartfelt, interesting stories on the human condition and the relationships that sustain us.

As with Eleanor, the unnamed narrator is strange and outwardly unlikeable, particularly in the beginning. He is a deeply fallible character: his disregard for his patients, his fear of being called upon to help people, his admission that he doesn’t want Agatha to be cured by anyone but himself: “I know it was egotistical, but I’d rather she remained ill.” The honesty is startling at times. His views on old age are forthright and refreshing: “Why – it always started the same way – does nobody tell you what happens to the body as it grows old? About the sore joints, the surplus skin, the invisibility? Aging, I thought, as the bitterness flushed through me, was mainly about observing the differences between one’s self and one’s body get bigger and bigger until eventually one awakes a total stranger to oneself.”

Other patients make for compelling side characters – the narcissist who turns every minor issue into a drama, the grieving man with compulsive neurosis – as does Madame Surrugue’s poignant domestic situation, which again shows the hidden, kinder side to our narrator. These are all dealt with fleetingly however, in a short book whose focus is on the main case of Agatha. Her medical history is indicative of how woman were treated by psychiatrists in Europe in the post-war era. The narrator reads another doctor’s notes from a stay in an institution: “Patient is pale, undernourished and has scratches on her face.” Given that no one to date has figured out the reasons for Agatha’s distress, the prescribed treatment of continued ECT and ether at night seems brutally inappropriate.

Although he highlights the inadequacy of words when dealing with trauma, the narrator’s ability to voice Agatha’s pain is ultimately what allows them both to understand her past: “It seems to me you think there’s some formula for the good life, and as long as you haven’t found it you might as well stop living at all. Is that right?’” The back story this question elicits is sad and surprising, but sharing it out loud gives Agatha the chance to move on. Her reawakening is, in Jungian terms, “I am not what happened to me, I am what I choose to become.”