Review: Nick Drake: Remembered For A While, by Gabrielle Drake and Cally Callomon 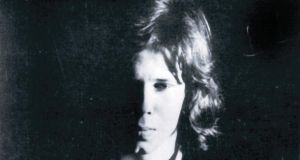 Nick Drake: the internet has brought his music to a whole new generation. Photograph by Keith Morris

Book Title:
Nick Drake: Remembered for a While

Nick Drake’s music is made of solitude and melancholia, permeated with hope that soars over the alienating cities and pastoral scenes his lyrics invoke. Born into the privileged world of English expatriates in 1950s Burma, he led a comfortable life of nannies, a spacious country home, attendance at Marlborough public school and ascension to Cambridge. There was a music room in the Drake family home at Tanworth-in-Arden, in which his engineer father recorded occasional compositions by his sensitive musical mother. The number of devotees of Nick Drake, a cult artist, and his three albums has grown since his death, in 1974, at the age of 26.

Nick Drake: Remembered for a While is not so much a memoir or biography as a compendium of a life, curated by his loving sister, the actor Gabrielle Drake. In essays, reminiscences and accounts, childhood friends, musicians, producers, college pals and others excavate their relationships with her brother.

What emerges from the disaffected haze of postbeatnik hippiedom is the clear ambition of a postwar generation – the 20th century’s first young British men who did not have to go off to war – and a poetic vision of youth. Gentle, amusing letters between Drake and his parents reveal the emergent man and the caring environment that fostered his talent. It is moving to read Drake snr’s acceptance of his son’s dithering – he even offers a reasoned argument for and against him dropping out of college.

Nick Drake’s Fives Leaves Left appeared in 1969, when he was still at college. The burden of ambition sat on his shoulders, and his puny sales weighed on his soul. He lacked the resilience and good fortune to break through.

There is no video footage of him, just moody stills. He played but a few dozen gigs. He lost audiences as he retuned strings between songs; he was unable to cut through the clamour of audience chat.

This book is magnificent: essays sit with family and publicity photos – a strange dark glamour is apparent – and with reproductions of articles and reviews. It is partly a fan’s scrapbook, but it is built around intelligent and cogent analyses. Insightful people muse about his lyrics and his musicology. One chapter, “Jeunesse Dorée” (Gilded Youth), alludes to a rural-England dolce vita from which his generation sprang. But the backbone is his death. After his elaborate second album, Bryter Layter (1971), was ignored, Drake buckled. The lack of commercial success got him down – but there appears to have always been a fissure in his soul, bandaged by layers of shyness.

His last record was Pink Moon (1972). He became psychiatrically ill and moved home to his parents’ house. There he led a short and largely medicated existence, punctuated by mysterious car journeys and the delusion of a new life in Paris that folded back in on itself within days.

The lasting image of this exemplary life study is of a young man in a London bedsit, energised by his art, confident of his talent and gift.

Accounts of a trip to Morocco, where he met The Rolling Stones and ingested north African sounds, suggest a singer-songwriter who would endure. His sister is possessed of extreme insight; these pages demonstrate that trait was inherited from their parents.

Sad at his early demise, Gabrielle delights in the way the internet has brought Drake’s music to a new generation, to a vast multiple of his original 5,000 record-buying fans. She asserts that at last, posthumously, Drake has fulfilled his ambition to do something for people.

Until their deaths, his parents welcomed fans who knocked on their door. They donated a church organ in his name, and his tombstone carries his lyric “Now we rise / And we are everywhere”.

An informative and emotionally affecting framing of the life and work of a doomed young man, this book is a labour of love.