Reasons to read Ian McEwan, and the ones to avoid

Five of the best, and three of the worst 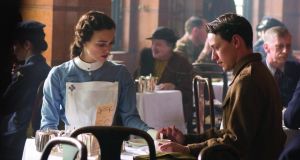 1. If he had written nothing else, those first 200 pages of Atonement (2001) would have secured his reputation. A hot, airless afternoon in the relentless heat of the summer of 1935 appears to have suspended Time itself. The mood of catatonic languor is brilliantly evoked and, with it, a range of tensions. Briony Tallis, a bright child who lives in her imagination, is excited with her latest project. Meanwhile her mother, disappointed with life, is almost paralysed by dawning awareness of betrayals. Other lives are also about to change and, seething over it all like a poisonous gas, is the threat of another war. Whatever about the feeble homage to Joyce’s The Dead marring the close of his new novel, The Children Act, the impeccable, astutely choreographed opening movement of Atonement is an inspired, intentional or otherwise, homage to the great Evelyn Waugh.

2. The ultimate nightmare, a child being snatched without a trace from a public place, is the most remarkable sequence in The Child in Time, a very powerful third novel and also the one which first suggested that McEwan, who had appeared on the literary scene with the devastatingly dark First Love, Last Rites in 1975, a collection which included Solid Geometry, was far more than a gifted master of menace. Suddenly it seemed that a humane spine did in fact sustain all the terror. In The Child in Time, Stephen Lewis is doomed to live out a lonely vigil. “Jigging and weaving to overtake, Stephen remained as always, though barely consciously, on the watch for children, for a five-year-old girl.” The description of the routine visit to the local supermarket that ends in an appalling disappearance demonstrates McEwan’s gift for describing extreme sensations.

3. With more than a casual nod to John le Carré, The Innocent (1990), set in 1955 in a grey postwar Berlin, is an interesting study of distrust as the competing powers perfect their surveillance skills. Well worth having a look at, possibly because of the deep impression currently being made by Philip Seymour Hoffman’s magisterial portrayal of a disillusioned spy master in A Most Wanted Man. This might seem a tenuous connection, but still The Innocent is one of McEwan’s best books and far superior to the soppy Sweet Tooth (2012) in which a predictably beautiful Cambridge graduate is groomed for greatness by MI5 in a briskly knowing narrative that reads like a not-so-funny French farce.

4. Romance is not his natural subject, yet with the beguiling novella, On Chesil Beach (2007), McEwan surprised many readers with a story of how easily love can go very badly wrong. Set in 1962, it somehow reads as period – which I suppose it is – and, as he has so often proved, McEwan is at his best in the short form.

5. Describing the early McEwan as nasty fiction not suited for the squeamish is a bit too sweeping. That dark, scary stuff is very good and introduced him as a fearless writer. Within three years of publishing his admittedly shocking first novel, The Cement Garden (1978), McEwan, who has always had a feel for the thriller genre, had written The Comfort of Strangers (1981), in which a trip to Venice undertaken by a couple with problems slides into a murky hell worthy of either Paul Bowles or Patricia Highsmith. Pretty impressive and one of five very good reasons for reading Ian McEwan.

McEwan’s increasing complacency heralded by Saturday (2005) culminates in the joint contenders for the McEwan books best avoided – namely, Sweet Tooth and The Children Act. Whereas the harmless Amsterdam, unworthy winner of the 1998 Booker Prize, is merely forgettable, Enduring Love (1997), a transitional novel of sorts for McEwan, is very dull. That said, it does open with a dazzling image of a hot air balloon accident: “We watched him drop. You could see the acceleration. No forgiveness, no special dispensation for flesh, or bravery, or kindness. Only ruthless gravity. And from somewhere, perhaps from him, perhaps from some indifferent crow, a think squawk cut through the stilled air. He fell as he had hung, a stiff little black stick. I’ve never seen such a terrible thing as that falling man.”