Out of Darkness, Shining Light: Playing subtle games with history 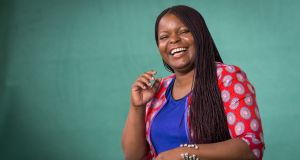 The Scottish doctor, explorer and missionary David Livingstone (1813-1873) is popularly known as the first European to travel into south Central Africa. For years after his death he was considered one of the very greatest Britons, and it may surprise some that he didn’t feature in religious Brexiteer Jacob Rees-Mogg’s book The Victorians. In a dreadful irony of history, Livingstone sought an end to the slave trade within Africa, but in his death inadvertently triggered its colonial exploitation. His mapping of the interior, conveyed back into British hands by the Africans who carried his corpse from jungle to port, kicked off the so-called “Scramble for Africa”, where Europeans of the 1880s navigated the heart of the continent and went from controlling 10 per cent of its landmass to 90 per cent.

Though the dead Livingstone’s journey became famous, that of the black entourage who bore him – a diverse group of Muslims, Christians and traditional ancestor-worshippers – was generally ignored. But Zimbabwean author Petina Gappah has spent 20 years researching their nine-month journey of 1873. Her fourth book Out of Darkness, Shining Light fictionalises the lives of real people on the expedition, and plays satisfying, allusive narrative games with them.

Halima, an outspoken cook, sees Livingstone’s reason for travelling to Africa – locating the source of the Nile – as a fool’s errand, but she is grateful to him for buying her from the latest in a line of cruel masters. She narrates the journey along with Jacob Wainwright, a freed slave who has been educated at a British missionary school and dreams of being ordained in England, then “returning to my own land, to bring to salvation the very people who sold me into bondage” .

The Africa through which Halima, Jacob and 60-odd others navigate is dangerous. In villages they pass through, children play at being slavers and the captured, so ubiquitous is the threat. Both of Gappah’s narrators, though, are comic creations in the 19th-century mode: a pleasing mass of foibles and self-delusions. Jacob’s narrative appears as journal entries beginning with the long throat-clearings and breakdowns of information that precede travel narratives and memoirs or yore. Gappah has fun with his piety, self-importance and potential unreliability.

Halima, meanwhile, is great company for the reader while being unaware of how tedious her conversational tangents are for those on her expedition. The folksy colloquialism of her voice enables a certain inventiveness with metaphor: “But just like green limes, men are sometimes well looking enough on the outside, but once you open them up it is something else.” Though when not being inventive, the ordinariness of this voice can become aesthetically tedious: “Proud as anything, he is,” “but I soon showed him what was what”; “I could not bear a life of eating nothing but bananas, that I could not.”

Livingstone, or Bwana Daudi as those carrying his body call him, is dead before the action begins, leaving the eminent Victorian white man a relatively silent voice in the story of his death. The narrative does a subtle job of othering Livingstone in the environment to which he was completely alien, but on to which his race would impose their own laws, language, names and culture; just as English language fiction would other Africans a couple of decades later in the works of Joseph Conrad. Livingston’s exoticism in Halima’s eyes is regularly amusing. “He had no divining bones, horns, animal skins, or plant powders like a real mganga, but he had other doctor things, potions and ointments that he said were used by the mganga of his own land.”

As the story progresses, those men and women who felt loyal to Livingstone come to see his hypocrisy and complexity. During a dispute about who carries what during a march, he was heard to have said: “educated free blacks are to be avoided, they are expensive and too much the gentlemen for work.” Livingstone buys enslaved people from others in order to effectively but not officially free them: he pays them wages, but letting them choose their own lives is out of the question. He doesn’t tell Halima, for instance, that she has been manumitted: that when he bought her from a slave owner he was purchasing her freedom, not herself.

Out of Darkness, Shining Light works on a powerful paradox. While seeking to redress the events and politics of the 19th century, it reveals just how supple its grand literary tradition is. The sprawling adventure novel of that time and of a hundred years prior, despite its age, somehow becomes more and more hospitable to modern innovation as time goes on. This fits Gappah’s approach and her creations, for whom the story’s trek becomes “no longer just the last journey of the Doctor, but our journey too. It was no longer just about the Doctor [...] but about all that we had endured.”