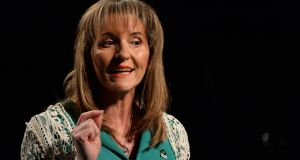 A motion has been passed in the Northern Ireland Assembly calling on the UK government to “honour its commitments” regarding the Brexit withdrawal agreement.

MLAs also agreed that Westminster should ensure the “rigorous and full implementation” of the Northern Ireland protocol, “prioritise peace and stability” and “work to secure a future economic partnership with their EU colleagues”.

The Internal Market Bill, which is making its way through the House of Commons, threatens to override parts of the protocol, the part of the Brexit withdrawal agreement designed to avoid a hard border on the island of Ireland.

The motion, put forward by Sinn Féin, was passed with 48 in favour and 36 against. It was supported by the SDLP, Alliance and other smaller parties, but opposed by the DUP and the Ulster Unionist Party (UUP).

Proposing the motion in the Assembly, Sinn Féin MLA Martina Anderson said the UK government was “driving a coach and horses through strands one, two and three of the Good Friday Agreement”.

“Britannia waived the rules,” she said.

The Northern Ireland protocol was “an ugly compromise” which “mitigated” the worst effects of Brexit, she said, adding that it was “breathtaking” the scale of the damage done to lives and livelihoods by this “Brexit mess”.

She said British ministers had “expressed an interest in lighting a bonfire under hard-won rights”, and urged the EU and the Irish Government to “stand firm” in defence of the peace process in opposition to the UK government’s “increasingly reckless” actions.

However, DUP MLA Paul Givan said the protocol was “an instrument to punish the people” in Northern Ireland and the UK and was an “instrument, being exploited” by the EU and “our predatory neighbour in the Irish Republic”.

The motion, he said, was all about “the all-Ireland agenda” and “the reunification of this island”.

SDLP MLA Matthew O’Toole said he did not think anyone in the Assembly “should take lightly the idea that the British government is gleefully walking away from its obligations under international law”.

Earlier, deputy first minister Michelle O’Neill said the people of the North were being used as a “pawn in the middle of the Brexit debate ... and that’s not a good place for us to be”.

It was in everybody’s interests, she said, to minimise the disruption to trade and she and the first minister wanted to see “frictionless trade north-south and east-west” and would work to make sure that happened.