Thirty years after Under the Hawthorn Tree, the author has written a Famine story for adults 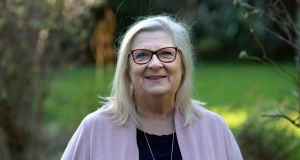 As a bookish child in 1980s Ireland, I looked to England and America for my literary companions: the cliques of Enid Blyton’s boarding school books, the talented sisters in Noel Streatfield’s interwar fantasies, the gutsy rebels of Ann Montgomery, or American super-sleuth Nancy Drew.

Then, one Christmas, in the bundle of books Santa brought every year, came Under the Hawthorn Tree by Marita Conlon-McKenna, the first in what would become The Children of the Famine series. If the historical premise suggested tragedy, the cover image by PJ Lynch promised courage and tenacity as well.

But it wasn’t just the gripping story of survival that captured my imagination. The characters had names that sounded like those of my school-friends. The harsh landscape evoked the tough, flat farmland surrounding our granny’s house in the west of Ireland. The book was read and reread and fought over and acted out by me and my sisters, as were the next installments of the series, which followed three Famine-orphaned siblings as they create a new life for themselves in America and Ireland.

There was a profound revelation: the fictional heroes of our childhood could be Irish too

When we graduated to secondary school, Conlon-McKenna was brought in to speak to us by the school librarian, who was also a writer. In the hour she spent with us eager readers, writing became something real. Of course the story itself, which reflected our history, sowed seeds of inspiration, but there was a more profound revelation: the fictional heroes of our childhood could be Irish too.

It is 30 years since the publication of Under the Hawthorn Tree. In those three decades, Conlon-McKenna has published more than 20 books for young readers. If she didn’t quite invent the conditions for the contemporary climate of children’s publishing in Ireland, she is certainly one of its most prolific authors. Under the Hawthorn Tree was an impressive debut, but from the beginning it was clear that Conlon-McKenna was bringing something new to the world of Irish publishing: relatable historical fiction for children.

Sitting in her suburban kitchen in south Co Dublin, talking a mile a minute, Conlon-McKenna confesses that she was as surprised by her sudden success as anyone.

“I didn’t go to college after I left school, because my father had a stroke and I was looking after him. Then I was working and then I got married. But I regretted not going, and I was always doing little courses down in UCD, anything I found interesting really: Women in Literature, Anglo Irish Literature, Children’s Literature.

“I started to write a story and showed it to Pat Donlon [director of the course on Children’s Literature] and she told me to take it to O’Brien Press.” She pauses briefly to draw breath.

“Now, the timing wasn’t great, my kids were very small, and I had hardly any time. I was just so happy to have written one book that would be published. But when I went to meet them I had an idea that the opportunity would not come again, so I made sure I had another book ready to talk about, and it was great. They wanted that too. And, well, that was it really, I just kept on writing.”

Conlon-McKenna credits Donlon with directing her towards writing for a young audience. “The course was amazing. It was very practical. We met agents, publishers. But we also learnt about the history of writing for children, what classic books told us about the lives of children in the time they were being written, and how child-focused everything had to be if you were writing [for kids].”

Her editors at O’Brien Press, meanwhile, helped Conlon-McKenna deal with the practicalities of being a professional writer. “Under the Hawthorn Tree was written in long-hand, but when it was published O’Brien Press bought me a computer, and they came over to my house, and set it up, and showed me how to turn it on. Even if I was still writing at the kitchen table half the time, I began to feel like a real writer.”

Still, Conlon-McKenna always knew writing was her vocation. “I always had stories in my head, and I was lucky because I was encouraged at school. Newspapers in those days had a kid’s page and writing competitions and I would win and get published.” She dabbled in freelance journalism, with considerable success, but was reluctant to commit to the newspaper format: “The editors kept saying ‘we will give you a column’, and I just didn’t want one. I used to write under pseudonyms, because I didn’t want anyone to know it was me.”

Despite her college regrets, Conlon-McKenna often thinks it was probably better that fate redirected her: “I would have ended up lecturing, probably, because I love teaching and talking – history most likely – but maybe I wouldn’t have found my way to writing and that is really what my vocation is. I will always be a writer. I will always be writing something, whether anyone publishes it is a different story.”

'You know, stories get their own ideas about what they want to be'

Being published, however, has never been a challenge for Conlon-McKenna. She does not write under deadline or contract; she merely presents a book to her publishers when she is finished. Her prolific output has been further invigorated by a recent series of historical novels for adults, which have kept her so busy for the last few years that her work for children has been put on hold. (“But I’m starting a new one in 2020. That’s my resolution.”)

The shift in her target readership came by accident rather than design. “I just heard this story on the news about the Magdalene laundries and I couldn’t get it out of my head, so I started writing a story about it. I thought about making the main character a very young girl but I just couldn’t do it. When I showed it to my agent, we just knew it wouldn’t work for children. [The subject matter] was just too dark.”

Conlon-McKenna’s mastery of a character-driven historical storyline, however, proved to be a winner. The manuscript went to auction, and The Magdalen went on to become an international bestseller.

Several fictional novels followed, but the 2016 Rebel Sisters, about the Gifford sisters and their involvement in the 1916 Rising, reminded both writer and her many readers of her strengths as an historical novelist, and set her on the path towards writing her latest book, The Hungry Road.

Originally, Conlon-McKenna didn’t set out to write another historical novel. “And I definitely didn’t think I would ever write another Famine novel. But, you know, stories get their own ideas about what they want to be.”

The Hungry Road was inspired by a promotional image of a desolate cottage on the Wild Atlantic Way. “I was just fascinated by why this most amazing piece of land, and all these cottages, became deserted.” While holidaying with family in Skibbereen, she discovered the town’s particular history during the Famine, “and I just couldn’t stop myself. There was Dr Dan Donovan, who wrote a Diary of a Dispensary Doctor for the Cork papers, and helped set up the soup kitchens. He was the first person to define starvation, the impact of that on the human body. He was the first person to do autopsies in Ireland. And that was all happening because of the Famine.”

Donovan is a key character in the novel, but other real-life figures make an appearance, including Daniel O’Connell – “who was a rockstar really in his time. He travelled to Skibbereen to speak about repealing the Act of Union and 80,000 people came to see him speak” – and Fr John Fitzpatrick, who stays in Skibbereen to minister to the dying masses and succumbs to Famine Fever himself.

Conlon-McKenna gets visibly emotional as she talks about the impact of the Famine on the town, which was decimated by death and emigration. “The facts are just far worse than you could imagine.”

And yet, The Hungry Road is not a book without hope. Indeed, in the book’s protagonist – seamstress Mary Sullivan, who survives by sewing shrouds for the dead and by, eventually, emigrating to America – Conlon-McKenna invests so much humanity that her survival, the reader believes, must surely be guaranteed.

You will have to get your own copy to find out, and if you wonder what happened to all the children we fleeting meet, you might want to return to Under the Hawthorn Tree for its equally emotive, knee-high knowledge.

The Hungry Road is published by Penguin. Under the Hawthorn Tree, in an adaptation for the stage by Charles Way for Cahoots NI, is on national tour. cahootsni.com