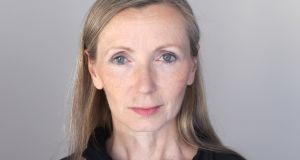 Anna Burns, whose winning novel is set at the height of the Troubles. Photograph: Eleni Stefano

Belfast-born author Anna Burns has won the 2018 Man Booker Prize for her novel Milkman. She is the first Irish author to win since Anne Enright in 2007 for The Gathering.

The novel, although set at the height of the Troubles, appears timely with the threat to the peace process posed by Brexit. Its theme of an older paramilitary stalking a young woman also resonates in the #MeToo era.

Burns (56) almost did not finish the novel because of the physical pain she suffers caused by complications during surgery. Milkman is Burns’s third novel and this is her first major award. She lives in East Sussex but grew up in Ardoyne, a Catholic enclave in north Belfast that was one of the worst hit by the Troubles. It is the setting for both Milkman and her debut, No Bones, which was shortlisted for the 2002 Orange Prize for Fiction.

The novel covers two months during which a teenage girl tries to evade the sexual advances of Milkman, a middle-aged paramilitary.

“As isolating as this is for her,” Burns told The Irish Times, “she finds herself also up against the unstoppable sexual gossip in her enclosed, claustrophobic environment where state law is viewed as corrupt and over which paramilitaries hold sway”.

Kwame Anthony Appiah, chair of the judges, said: “None of us has ever read anything like this before. Anna Burns’s utterly distinctive voice challenges conventional thinking and form in surprising and immersive prose. It is a story of brutality, sexual encroachment and resistance threaded with mordant humour. Set in a society divided against itself, Milkman explores the insidious forms oppression can take in everyday life.”

Milkman is “an impressive, wordy, often funny book and confirms Anna Burns as one of our rising literary stars”, Irish Times reviewer Adrian McKinty wrote. Eoin McNamee wrote: “I haven’t stopped talking about Anna Burns’s astonishing Milkman. The voice is dazzling, funny, acute. Like all great writing it invents its own context, becomes its own universe. It’s not that she’s below the radar. It may be that when you’re talking about writing from Belfast, she is the radar, the finder of strange objects at a distance, the uncoverer of what moves unseen in the dark.”

The other shortlisted writers were Esi Edugyan for Washington Black; Daisy Johnson for Everything Under; Rachel Kushner for The Mars Room; Richard Powers for The Overstory; and Robin Robertson for The Long Take.

Two other Irish authors were longlisted: Sally Rooney for Normal People, which is to be adapted by Lenny Abrahamson for BBC Television, and Donal Ryan for From a Low and Quiet Sea. Both were already bestsellers. This year’s shortlist was criticised for excluding some of the year’s most popular titles, including Normal People, and Warlight by Michael Ondaatje.