Love Notes from a German Building Site: A captivating debut 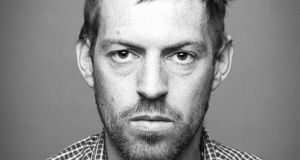 A novel about life on a building site doesn’t shout “read me!”,  but a good writer can make any topic interesting and so it is with Adrian Duncan’s captivating debut. Written in a reflective tone that invites us to be as curious about the world as the book’s narrator Paul, a mid-30s Irish engineer who has relocated to Berlin, Duncan’s spare and meticulous prose provides a vivid reconstruction of a profession not commonly documented in fiction.

“Over the course of a project,” Paul tells us, “a building site changes greatly in mood. It goes from being a very serious place to being a playground and back. Then, just before the job is finished the site becomes utterly serious again, up until it is ‘brought across the line’ and the building is handed over to the client and opened. When the building site is gone, then the memory of it, its archival version, is reconstructed elsewhere and another game is played, an entirely serious game involving the principals of companies arguing for payments, power and reputation.”

The volatile nature of life on a commercial building site in Alexanderplatz makes for interesting reading: its effect on Paul’s temperament; the relationships he forges on site; the tricks the builders play on each other, sometimes funny, sometimes life-threatening; the bridging of professional and manual work that is expected of engineers who must get their hands dirty while also sending copious amounts of bureaucratic emails to cover those hands.

Duncan, who trained and worked as a structural engineer for more than a decade, now lives between Berlin and Ireland. His short-form fiction has been published in the Dublin Review, the Stinging Fly, gorse, the Moth, among others. He also writes non-fiction and has co-directed a feature film on the structural engineer Peter Rice called Floating Structures, which will be released later this year.

WG Sebald’s mournful, peripatetic narrators are an obvious comparison to Paul’s philosophical, sometimes pessimistic view on the world, but so too is the semi-autobiographical, finely observed writing of US author Greg Baxter. There are overtones of memoir in Love Notes, particularly in the segments recollecting Paul’s relationship with his partner, Evelyn, an Irishwoman of Germanic origin who emigrates with him.

The love and sense of uncertainty that comes with it is deftly rendered by Duncan, in a way that recalls the American author Ian McKenzie’s Feast Days, a novel also centred on a couple who move to a foreign country for work. Both authors deftly chart the effects of displacement, bolstering their gently-paced stories with observations of quality. For Duncan, the focus is on memory, immigration, desire, work and, particularly, on language. His book is an ode to language, from the lists of German words that Paul notes from his first day on site, to the conversations between Paul and the other workers, which sometimes baffle him – and may baffle non-German speaking readers from time to time.

The balance, however, is well judged in a narrative that both delights and informs, from “the order of words in German sentences and how the active verb – the descriptive verb – was so often held breathlessly to the end”, to the observation that “to learn a language slowly allows you to savour its simple elements and the curiosities they stow”. It is a sentiment echoed in another recent work by an Irish author, Twelve Thousand Days by Éilis Ní Dhuibhne, whose beautifully written memoir of her husband’s life and death is also an ode to foreign cultures.

Duncan juxtaposes the personal with a marked curiosity about the world around him. There is a scrupulousness to his style of writing, informed no doubt by his background: the headings that neatly break up the text; the lists; the appendix of vocabulary; an unnecessary prologue that outlines the format and intent of the ensuing pages. Nothing is left to chance. There are continuity and pace issues nonetheless – a section near the book’s end describing Evelyn’s traits in a jarring present tense is one example – and an underdeveloped climax and denouement that leave us wanting more.

The power of the novel is in the brilliant detail the author provides as the character makes his journey in unknown territory. Duncan writes moment by moment, placing us in the world of the site, right down to the temperature of the building, a degree or two colder than outside. The immigrant’s perspective is another boon. Paul cycles down the streets lined with linden trees where “you can feel, on perfectly clear days, the sap falling like light rain”. Paul and Evelyn get drunk, stoned, explore the city as they move in and out of each other’s lives, their careers driving them at times to live in different cities. The book is at once a love note to a place, a job and a relationship, the layers of which come together with structural precision.