Lost in translation: and all the better for it 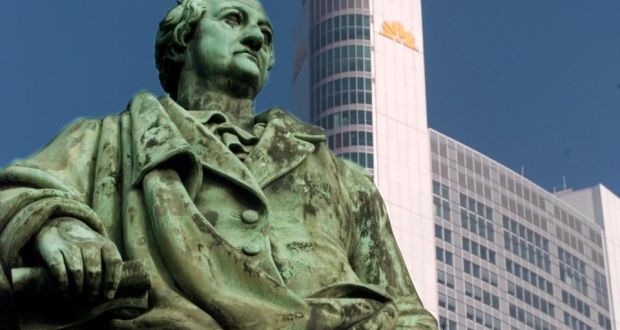 Johann Wolfgang von Goethe: his concept of Weltliteratur has an implied ethic of liberal inclusivesness

Book Title:
Against World Literature: On the Politics of Untranslatability

The pope was worried. Nicholas I, in Rome, had got wind of the fact that an Irishman, Johannes Scotus Eriugena, was translating the writings of Dionysius the Areopagite from Greek into Latin. Dionysius was suggesting a bold synthesis of Platonism and Christian thinkings in his writings, and such dabbling in pagan thought produced unease.

The pope contacted Eriugena’s patron, the Frankish king Charles the Bald, asking that the translation be sent to the papal librarian, Anastasius, to be vetted for accuracy and orthodoxy. In March 860 Anastasius wrote to Charles full of puzzled praise. “It is a wonderful thing how that barbarian, living at the ends of the earth, who might be supposed to be as far removed from the knowledge of this other language as he is from familiar use of it, has been able to comprehend such ideas and translate them into another tongue: I refer to John Scotigena, whom I have heard by report to be in all things a holy man.”

If Anastasius insists as much on Eriugena’s piety as on his linguistic ability, it is because one never knows when a foreign idea put into circulation will give succour to the barbarians at the gate. When Luther translates the Bible into German and Marx makes his way into Russian and Chinese, whole worlds change.

Emily Apter, a professor of comparative literature at New York University, is alert to this subversive history of translation, the way it opens the reader up to other worlds of thinking and feeling. World literature, or the making available of the literatures of the world in translation, is what Apter calls a “blue-chip moniker; benefiting from its pedigreed association with Goethean Weltliteratur ”. The ethic of liberal inclusiveness implied by the term sits easily with a Kantian vision of perpetual peace through the sharing of an enlightened common culture. In the anglophone world, where less than 3 per cent of all published titles are translations, the idea of world literature would appear to be an urgent and necessary corrective to the political and linguistic hubris of the speakers of a dominant global language.

Apter, however, is not so sure. This is not because she does not believe translation to be valuable or important. In fact, it is precisely because she does believe it to be so crucial that she wants it to be taken seriously. Her concerns lie with a notion of world literature that erases difference or sifts out the foreign or the unsettling in the name of easy consumption. In this way world literature mimics a free-market fantasy of the endless, frictionless circulation of goods and information. In this McDonaldisation of the written word there is no room for difficulty or opacity.

The untranslatable is the world party pooper. It is the resistance of language to univocal meaning, the countless historical, political and cultural associations of words that trouble any easy traffic between languages. Apter, drawing on Barbara Cassin’s Dictionary of Untranslatables: A Philosophical Lexicon , gives examples of words that are resistant to simple rendering. There is the Portuguese saudade , which means variously nostalgia, longing, yearning, torpor, moral ambiguity, loneliness. The Russian word pravda , which is conventionally translated in English as “truth”, exists in a complex echo chamber of reference. Depending on the context, the word can allude to “democratic cosmopolitics, the topology of exile, solidarity with persecuted minorities and refugees, Russian Saint-Simonianism and Russophilic worldviews”.

The untranslatable becomes a way of thinking about the specificity of languages and cultures, the singularity of written expression in particular places at particular times. One of the paradoxes of untranslatability, of course, is that you have to try harder to understand what the other is saying, devote more resources to the effort and value successful translation all the more, precisely because it is so difficult.

Apter’s philology leads directly to the politics of untranslatability of her subtitle. She coins the term “oneworldedness” to refer to “planetary paranoia marked by cyber-surveillance, cartographies of cartels, and webs of international relationality within and outside of the nation and on the edges of legality”. This is the dark side of planetary utopianism, where everything is connected by a conspiracy of intent. You join up the dots and terrorist attacks on the World Trade Center become linked to weapons of mass destruction in Iraq, and readers in public libraries requesting titles on Islam become potential jihadists. If paranoia has always been a first cousin of theory, both involving relentlessly tracking patterns, then oneworldednes involves a theory of translatability, namely that historical, political and cultural differences can all be effortlessly translated into the common language of the plot against the US. Championing the untranslatable, then, becomes a way of homing in on differences.

Against World Literature is less a tightly focused monograph dealing with a single idea than a collection of essays and reviews. Apter engages with critics such as Jacques Derrida, Eric Auerbach and Edward Said and the Moroccan poet Abdelfattah Kilito to see how “justice as translation” might work. In speculating on how seeming irreducible differences (Israel/ Palestine is mentioned a lot) might be brought to the negotiating table of language, Apter explores what the difficulty of translation might tell us about the limits and possibilities of world understanding.