Local history review: Have you eaten a donkey’s gudge? 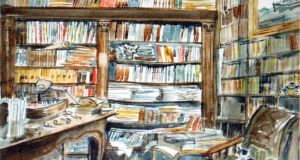 ‘From Room for Books, Paintings of Irish Libraries’ by William Laffan with drawings by Alison Rosse. 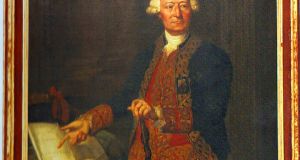 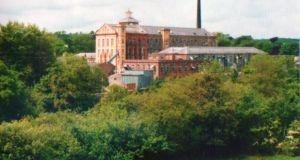 A central figure on the Irish folk music scene for 40 years, Jimmy Crowley is ideally placed to collect, edit and annotate Songs from the Beautiful City: The Cork Urban Ballads (Freestate Press, €40). Much more than a mere celebration of song, this handsome book of ethnography is structured in 13 sections and opens a door to the city’s rich musical and social heritage. Long-forgotten traditions, legends and street games are recalled in a wide repertoire of children’s songs, poignant ballads of love and emigration, colourful monologues and pastourelles that will stir memories for Corkonians.

Many entries – there are 144 of them – are double-sided with lyrics and music on the verso page, accompanied by Crowley’s thoughts, musings and recollections which illuminate the song’s provenance and unravel the etymology of the local lexicon. A “dandling” is what parents sing to children while rocking them on their knee, “waxing the gazza” means shinning up a gaslight pole, and “donkey’s gudge” is a stale cake with icing.

Songs such as Ger Mac’s Crubeens, The Boys of Fairhill and The Bells of Shandon evoke life on the Lee. Others bring out “cants”, which are neither a song nor rhyme, but a form of Cork phatic speech presented as a mini drama: “We all went down to Youghal/We let the baby fall/Me mother came out and gave me a clout/And turned me into a bottle of stout.” Interspersed between the verse and music, black-and-white photographs feature places, names and legendary characters such as the Armenian Hadji Bey, the manufacturer of Turkish delight mentioned in The Doll in Cash’s Window.

Extensive archival trawling has unlocked the story of The Herdman Family and Sion Mills (Ulster Historical Foundation, £29.99) by Jonathan Hamill. His book documents the inextricable link between the family that became an Irish linen dynasty and a Tyrone village. From their origins in the lowlands of Scotland, the Herdmans rose to prominence in Belfast in the early 19th century before moving west, overcoming obstacles to expand their flax-spinning to north Tyrone. The Herdman name became synonymous with producing quality linen yarn, coupled with a concern for the wellbeing of their employees.

A family member, Celia Ferguson, states that her Herdman ancestors were “constructive revolutionaries” committed to Ireland. The heritage they created, together with putting people before profit and building up a renowned industrial community, is part of a sweeping narrative, studded with details and lavishly illustrated.

Bibliophiles will drool over Room for Books, Paintings of Irish Libraries (Irish Georgian Society, €10) by William Laffan with delicate watercolour drawings by Alison Rosse. A study of eclectic and esoteric rare volumes, manuscripts, early printed books and first editions in public libraries and private collections, it reveals how the owners accumulated their books, linking this to the history of the times.

While some may be familiar with the dark oak bookcases of Marsh’s Library in Dublin or the Linen Hall in Belfast, most readers will never have enjoyed access to the libraries of big houses or collections of individuals. In Roscommon, for example, Clonalis House is one of the most important repositories of historic Irish language material in private hands. The literary lairs of two Irish architectural historians, Maurice Craig and Edward McParland’s “living room with books” are displayed. In the case of Craig, who died in 2011, his tangential interests such as building model boats which he sailed at Sandymount Strand, pipe smoking and cats are reflected.

A serendipitous discovery by a German book collector Nikolaus Grüger of a lost Irish manuscript forms the basis of The Genealogy of the House of O’Reilly by Chevalier Thomas O’Gorman (Clachan Publishing, £29.90). The genealogy was commissioned in the 1790s by Count Alexander O’Reilly, the general governor of Cadiz whose forebears fled Ireland 100 years earlier during the flight of the Wild Geese.

A reprint of the 18th-century manuscript was found in an auction house in Munich by Grüger but its previous ownership is unknown and until now it has never been generally available. In text and exquisite facsimile form, the genealogy documents the diverse lives of the O’Reilly clan, summed up in the family motto: Fortitudine et Prudentia (Fortitude and Prudence).

The curious story of the poet Lizzie Twigg is recounted in an essay by Milo Spillane in the North Munster Antiquarian Journal Vol. 56 (Thomond Archaeological and Historical Society, €25) edited by Liam Irwin. Born in India, Twigg contributed lyrical poems to The Irish Rosary and The United Irishman, and her volume Songs and Poems was published in 1904. But her main claim to literary fame is that although a real person, she was twice mentioned as a character in Ulysses and was considered by some scholars to be more fictive than factual. Bedridden for the last few years of her life, she died in Limerick in 1933.