‘Last night I dreamt I went to Manderley again’: ‘Rebecca’ and me 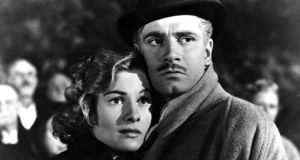 Early one morning, almost a century ago, a young woman trespassed on the grounds of a house called Menabilly. The Cornish sea was pink with sunrise, and blackbirds were singing in the hedge; a five-kilometre path unwound between banks of scarlet rhododendrons, and the lawn was wet with dew. Here she stood, gazing at white windows shuttered fast and grey walls concealed behind tapestries of ivy. It was, she said, “like the sleeping beauty of the fairy tale, until someone should come to wake her”. And indeed the house was woken, and has never slept since: the trespasser was Daphne Du Maurier, and the house slumbered on until she began to write Rebecca, with Menabilly rechristened Manderley.

Rebecca begins, “Last night I dreamt I went to Manderley again.” Every novelist since has ground their teeth in envy: here is all the enchantment of a child’s story, with an irresistible melancholy hung about it. The narrator is on a winding path alone, and her way is barred. The dreamer is the second Mrs de Winter (we never know her name), and Manderley has been to her both a heaven and a hell.

Employed as companion to the wealthy vulgarian Mrs van Hopper, she meets Maxim de Winter in a Monte Carlo hotel. He owns the famous Manderley, and is perfectly calibrated to the needs of an ardent virgin: he is sardonic, sophisticated, occasionally morose; he is Mr Rochester at the wheel of a motor car. Reader, she marries him. In due course she is conveyed to Manderley through rhododendrons blooming “slaughterous red, luscious and fantastic” and is greeted by the black-clad housekeeper Mrs Danvers, her “skull’s face, parchment-white, set on a skeleton’s frame”.

Du Maurier holds up the gilded mirror in which Manderley is reflected, but first she broke the glass

Manderley is “a thing of grace and beauty, exquisite and faultless” – but it is haunted by the spectre of Rebecca, the first Mrs de Winter, who drowned out in the bay. Her body may be rotting in the family crypt, but her spirit is vital and seductive: she lives in the inscription on the flyleaf of a book, the perfectly chosen drapes and ornaments, the evening gowns still hanging in her closet. Rebecca, it seems, was beautiful but boyish, brave but gracious, an attentive hostess and a loving wife. How can the second Mrs de Winter, with her thin hair and dispiriting clothes, compete?

This, however, is not a book to be trusted. Du Maurier holds up the gilded mirror in which Manderley is reflected, but first she broke the glass. For Rebecca lives also in Mrs Danvers’s curiously bitter grief and in Maxim’s restless fits of anger; in the boathouse with its mouldering books and furnishings, and in the stuttering terror of the savant Ben, who digs for seashells on the shore. Nor can you trust the innocent narrator. For all her insistence that she is drab, shy, uncertain of herself, we certainly know this: the name we’re never told is “lovely and unusual”, and it becomes her well; she lands herself a wealthy lover in a Monte Carlo hotel; her passions are ignited as much by violence as by ardour. Soon the reader wanders from room to room “a little fearful, a little afraid”, with the “odd, uneasy feeling” that they “might come upon something unawares”.

Rebecca sold in vast numbers, and has never been out of print. In the 80 years since its publication it has inspired prequels, sequels and an opera, with Manderley built and rebuilt for television, film and stage. During the second World War a copy was used by German intelligence as a code book. It is not a novel: it is an institution. Its wild success and superficial resemblance to a love story earned its author the dubious title “romantic novelist”. On her death the New York Times, in tones less obsequious than accusatory, called Du Maurier “the author of Rebecca, and other highly popular Gothic and romantic novels”. But she was certainly no romantic: she declared, with the faintest trace of mischief, “There is no such thing as romantic love. This is a statement of fact, and I defy all those who hold a contrary opinion.” No romantic novelist, then, but certainly a Gothic one. Rebecca is in the grand, disruptive tradition of the Gothic: it is deliciously transgressive, enticing the reader into complicity; it shocks all the more because its menace blows in on Rebecca’s azalea scent; it creates a dwelling place within which every furtive longing of the human heart seems not only possible but permissible – if you can stand the punishment.

The careful reader will discern Du Maurier’s preoccupation with gender and sexuality, which grows more pertinent with passing years, not less. It is telling that the second Mrs de Winter muses on Rebecca’s short hair, her sporting courage, her distaste for male attention; she has liberated herself from the social confines of her sex, and her successor – eager to play the dutiful wife, with manners and dress above reproach – looks on with troubled awe. In this respect Rebecca recalls Du Maurier’s own sexuality and gender anxiety: as an ardent young lover of women as well as men she adopted the identity of the dashing “Eric Avon”, the “boy in the box” who was her secret self, and once wrote of her adored cousins, “They are boys. Hurrah for them!”

I first read Rebecca at perhaps 13, half-drowsing in the back of the family car. Arrested at once by that opening line I said to my mother, “Where is Manderley?” She turned in her seat and said, “Oh, somewhere in Cornwall, I suppose,” with such an air of stating fact that it was years before I realised I could never buy a ticket to the house and gardens – would never see the boathouse, the Happy Valley, the sloping lawns. But it is as real to me as the bricks-and-mortar houses where I have lived. The name arouses in me not the pleasing recollection of a well-loved book but a response rooted in the senses that is indistinguishable from memory.

The boat that Rebecca sailed single-handed in that glittering Cornish bay was called Je Reviens – “I Return”. And so it is for me, and for other readers of this masterful, troubling and wickedly seductive novel: we sigh, close the cover, put the book back on the shelf; but again and again, when the scarlet rhododendrons are in bloom, we return to Manderley.

This is the introduction by Sarah Perry, author of After Me Comes the Flood and The Essex Serpent, to the 80th-anniversary edition of Rebecca, by Daphne Du Maurier (Virago Modern Classics, £14.99)