‘A book that reminds you how ... satisfying, moving and exhilarating good fiction can be’ 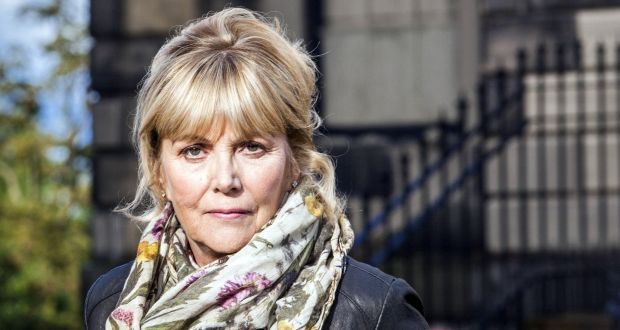 In 1942, a man known to his visitors as Jack King set himself up in a flat in London’s Edgeware Road. There he received a wide variety of people, from office workers to astrologers. They all had one thing in common, however: they were committed to the Nazi cause.

They had come to Jack King in the belief that he was a senior Gestapo agent who would pass on all the information they gave him directly to Berlin. He did not, because of course Jack King was not a Nazi agent. As official archives released in 2014 reveal, he was a bank clerk turned MI5 agent called Eric Roberts. And all those conversations with fifth columnists on the Edgeware Road were being recorded and then carefully transcribed.

Along with Tar Robertson’s double-agent network, the work of King and his handler Victor Rothschild effectively rendered all Nazi espionage attempts in the UK useless. But while Roberts’s contribution has now been publicly acknowledged, what of the anonymous typists who transcribed those endless conversations?

That’s the question that inspired Kate Atkinson’s superb new novel Transcription. The story begins in 1950, when Juliet Armstrong is working as a producer at the BBC. A chance encounter with a wartime colleague, who pretends not to recognise her, sends her troubled mind – and the novel’s narrative – back to 1940, when 18-year-old Juliet is called for an interview at an office in Pall Mall. It’s an encounter that, although she doesn’t realise it at first, is the beginning of her life as a secret agent.

At first Juliet is installed in a flat in Pimlico, transcribing the conversations taking place next door between mysterious MI5 agent Mr Toby and a rag-tag band of Nazi sympathisers. Soon, however, she is asked to take on a more active and dangerous role, working her way into an odious group of aristocratic anti-Semites determined to “save Britain” from “Judeo-Bolshevism”.

“Do not equate nationalism with patriotism,” warns Juliet’s boss, Perry. “Nationalism is the first step on the road to fascism.”

As we follow Juliet’s life across two narratives, one in 1940 and one in 1950, Atkinson expertly teases the reader with fragments, sometimes hopeful, often foreboding, of what is to come; in both eras Juliet’s thoughts are disrupted by uncomfortable memories. We are always aware that there are things we don’t fully know – at least, not yet. Juliet is fighting for a noble cause. But it is clear from the beginning of the novel that even the most noble of causes can involve things getting messy.

“She supposed that’s what war was, one test after another. Sooner or later, she was bound to fail.”

Transcription is the second novel about MI5’s hunt for fifth columnists published this year, following Anthony Quinn’s Our Friends in Berlin. Quinn’s book was great, a highly entertaining and exciting adventure with complex characters and a real sense of place. Atkinson’s novel is all that and more; a gripping spy story with a narrative so ingeniously, so perfectly constructed that as soon as I finished the book I wanted to read it again, just to marvel at how beautifully everything slots together.

It’s also very funny. Atkinson admits in the afterword (which is full of excellent suggestions for further reading) that she had not planned to write about life in the BBC until she read Penelope Fitzgerald’s wonderful autobiographical novel Human Voices. And Transcription shares that book’s sense of absurdity that is life in wartime as well as the comic potential of the peculiar personal dynamics that develop when a lot of stressed people spend their days huddled around sound equipment.

Both the novel’s comedy and its considerable emotional complexity are enhanced by the form and rhythm of Atkinson’s sentences, with their expertly timed use of brackets. Juliet’s relationship with Perry is particularly well drawn.

“ ‘It is not my job to reform your character,’ he said. (That didn’t seem to stop him trying.) She was still waiting to be seduced. It had been over a month since the otter expedition. A less resilient girl might have given up hope by now.” This gracefully wry style means that the novel’s truly shocking moments pack an even more powerful punch.

Throughout her career Kate Atkinson’s books have transcended attempts to categorise them. Is she a writer of magic realist novels? Gritty modern detective fiction? Historical thrillers? Atkinson shows a writer’s scope is as unlimited as her imagination, which is probably why her writing feels like no one else’s. Transcription is the sort of book that reminds you how profound and satisfying and moving and exhilarating good fiction can be. It’s the best novel I’ve read all year. I can’t praise it enough.