‘The Heart’s Invisible Furies’ has echoes of John Irving, as one man’s story becomes the tale of Ireland itself 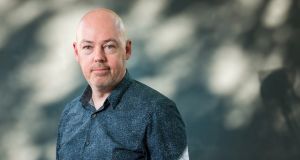 There is a female novelist in John Boyne’s new book who finds the idea of popularity excessively vulgar. Her greatest fear is that her works will be read by the undiscerning masses.

When she is asked why she doesn’t want people to read her novels, Maude Avery replies: “For the same reason that I don’t walk into strangers’ houses and tell them how many bowel movements I’ve enjoyed since breakfast … It’s none of their business.”

It is to be hoped that Boyne doesn’t have the same reservations. The Heart’s Invisible Furies, his 10th novel for adults, is sure to be read by the bucketload. It is commercial in tone but epic in scope, spanning three countries, two continents and the biblical three-score-years and 10 of one man’s life. If all that sounds a bit overwhelming, rest assured that the 626 pages are written with verve, humour and heart.

Boyne tackles the life story of Cyril Avery, born out of wedlock in 1945 to a teenage mother – banished from her home town by a priest who denounced her as a whore from the pulpit. The novel starts with this incident and kicks off with one of the most memorable opening sentences I’ve ever read. Boyne is, as one might expect from the author of The Boy in the Striped Pyjamas, a deeply cinematic writer.

Cyril is adopted by a wealthy, distant but not unlikeable couple – Charles Avery and his wife, the novelist Maude. In the heart of semi-aristocratic Dublin society, Cyril meets his future best friend, the dashing Julian Woodbead. Over the years, Cyril’s affection for Julian deepens and he is forced to confront his own sexuality in an Ireland that has no tolerance for homosexuality.

Later, Cyril leaves his homeland and his journey takes him to Holland and New York, bringing him into contact with corrupt politicians, republican fighters, uptight Catholic schoolgirls and patients dying of Aids.

Along the way, Cyril’s story merges with real-life figures who make surprising cameos – a lecherous Brendan Behan propping up the bar; Charles Haughey in the tearoom of Dáil Éireann and so on.

This blending of fact and fiction recalls William Boyd’s masterly Any Human Heart, which was such a convincing fictionalised biography that it came with its own set of footnotes. Boyne similarly opens The Heart’s Invisible Furies with a “quote” from one of Maude Avery’s novels.

There are other clear influences at work here too. The book is dedicated to John Irving, the American author who also specialises in the richly told stories of entire and varied lives [in one scene, Cyril is reading a Dutch translation of Irving’s most famous work, The World According to Garp].

Both Irving and Boyne like to litter their stories with barely credible coincidence, as if to demonstrate that life really is stranger than fiction.

In The Heart’s Invisible Furies, some coincidences are more successfully told than others. Occasionally, one feels the minor characters are better developed than Cyril himself who sometimes risks simply being a cypher for bigger events. But it doesn’t really matter because, as a reader, you know you’re in the hands of a writer who wants above all to entertain.

There’s more than a hint, too, of David Copperfield about Cyril Avery. Boyne, like Dickens, has laudably little time for literary pretension.

A lot of the story is told in straight dialogue and Boyne has a good ear: there are some extremely funny, observational moments, including a woman Cyril meets in the waiting room of a prison who insists her son is locked away for a murder he didn’t commit. “There was no real evidence, other than fingerprints, DNA and an eyewitness …”

Cyril then tells her that his adoptive father is in prison for tax evasion.

“‘That’s a disgrace,’” she said, sitting up straight and sounding positively appalled. She picked her handbag up off the floor and held it close to her as if there was a risk that I was going to steal it.”

The joy of this particular encounter is that it isn’t even a major part of the plot – it’s simply a delightfully entertaining side-note.

But there is a more serious side. For all its humour and pace, The Heart’s Invisible Furies is also an angry book and Boyne reserves his most focused ire for bigotry and prejudice. Ireland’s clergy does not come off particularly well; nor do the smooth, self-interested politicians who refuse to tackle big issues at the risk of alienating their constituents.

Boyne has no time for small-minded intolerance: Cyril rails against the criminalisation of homosexuality and is forced to suppress his natural desires, with devastating results. It is fitting, then, that the final section in the book takes place in 2015, shortly after Ireland became the first country to legalise same-sex marriage by popular vote.

The pages are littered, too, with good people, many of whom take a stand against perceived injustice in quiet but forceful ways. The tearoom manager who employs an unwed pregnant teenager. The Dutch doctor who devotes his life to treating terminally ill Aids patients. The woman left at the altar not once, but twice, who still manages to see good in the world.

At every stage, Boyne seems to be saying that the individual is more powerful than the institutional. And at its core, The Heart’s Invisible Furies aspires to be not just the tale of Cyril Avery, a man buffeted by coincidence and circumstance, but the story of Ireland itself.

The Party, Elizabeth Day's new novel, will be published by 4th Estate on July 13th