Consultant takes £30,000 award for ‘It’s All In Your Head’ which focuses on psychosomatic illness 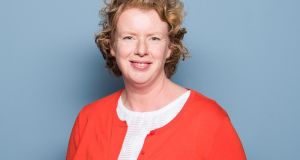 Irish consultant neurologist Suzanne O’Sullivan has won the Wellcome Book Prize 2016 for It’s All In Your Head, which explores the common - yet largely misunderstood and seldom discussed - topic of psychosomatic illness.

O’Sullivan, who previously worked at the Royal London Hospital and is now a consultant at the National Hospital for Neurology and Neurosurgery, beat five other short-listed candidates to scoop the prestigious trophy and £30,000 prize at a ceremony in the Wellcome Collection’s Reading Room in London on Monday evening.

Now in its seventh year, the Wellcome Book Prize was set up to celebrate “the best new books that engage with some aspect of medicine, health or illness”, across both fiction and non-fiction titles.

A strong mental health theme ran through all the books on this year’s short-list — which also included The Outrun by Amy Liptrot, a memoir of alcohol addiction and recovery, and Neurotribes by Steve Silberman which delves into the history of autism — but the judges were unanimous when it came to choosing the winner.

Chairwoman of the judging panel Joan Bakewell, who announced the winner, said there were a number of reasons why the “truly impressive” It’s All In Your Head — O’Sullivan’s first book, which is published by Vintage — stood out.

“First of all, it’s a really good read. It sounds funny to call a medical book a page-turner, but (when you read it) you want to keep going,” said Ms Bakewell. “You really get into the stories, and as they unfold, you realise you’re learning a lot about neuroscience along the way - and this is only possible because Suzanne is such a clear, remarkable writer.”

Marrying her clinical experience of the subject area with a series of patient case studies, including Camilla, a lawyer plagued by unexplained seizures, and Yvonne, blinded at work by cleaning spray, O’Sullivan attempts to highlight and - in many ways - validate an area of medicine that is so often subject to immense stigma and lack of support.

It is believed that as many as one in three people visiting their GP have symptoms that do not appear to have an obvious medical cause, and so it is assumed they are rooted in emotional and psychological causes, yet psychosomatic illness is often dismissed, which is why O’Sullivan says her goal for the book was to “raise awareness”.

“Psychosomatic disorders are really, really common, but for some reason people don’t talk about it. Psychosomatic illness is rarely dangerous, (in the sense that) people don’t usually die from them, but they can still destroy people’s lives, or steal their lives in other ways,” said O’Sullivan. “In my mind, (winning this prize) is a mark of respect for the patients I’m looking after.

“I hope it gives some recognition to the seriousness of the disorders and the need for us to develop better services for it. So I’m personally thrilled to have won but the whole point of the book was to bring awareness to the sorts of patients I look after, and I really hope this is going to make a big difference.”

Bakewell notes that the book is a strong reflection of the growing appetite for medical-themed reading, particularly topics that explore the close links between physical and mental health.

“There’s more and more encouragement for writers to write these books — the publishers have got the message because the public are reading them,” she said. “(Some of these topics) might sound rather arcane and unusual, but the public get it, so there are more and more books coming out about this sort of thing.”