Books Reviews: ‘Whittled Away’ and ‘Confessions of a Recovering Environmentalist’ 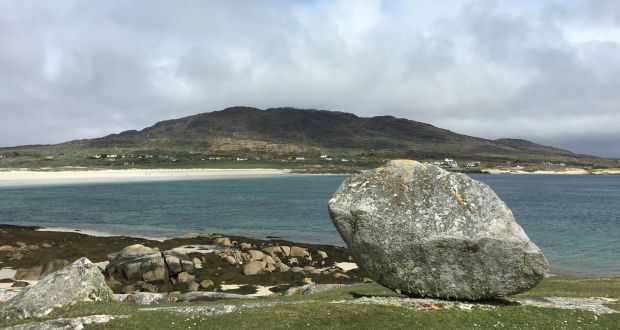 “The islands of Connemara are jewels in a sea that sometimes glitter and sparkle in bands across their golden beaches,” writes Fogarty. Photograph: Bryan O’Brien

One of the hardest things about caring for the environment is that the more one learns about the true extent of its destruction, the more futile individual efforts to protect it seem. From climate change to species extinction, environmental campaigns are losing battles against an increasing thirst for global growth and consumption.

Ultimately the future of the human species is already compromised by environmental destruction. But, for now, we continue, relatively oblivious to the challenges future generations will face due to a lack of resources and the ecosystems we depend on.

In Whittled Away: Ireland’s Vanishing Nature, Pádraic Fogarty explains how mass species extinction has become part of our common dialogue as our demands expand beyond ecological limits. In 2012, the World Wildlife Fund reported that less than half the number of animals now exist on Earth than in 1970. Freshwater species alone declined more than 81 per cent in that time.

In Ireland, for example, the globally unique freshwater pearl mussel is already considered functionally extinct due to water pollution on the river Nore as they declined from a population in the millions to only 585 non-breeding individuals today.

While Fogarty hopes his description of the effect of Ireland’s vanishing nature on people and our landscapes will spur readers to action, Paul Kingsnorth, in contrast, describes his retreat from the losing battle of environmentalism in Confessions of a Recovering Environmentalist. Kingsnorth’s rationale for stepping out of what he felt was ineffective environmental campaigning is understandable.

The enormous scale of change and limited time remaining to tackle environmental problems provide Kingsnorth’s arguments for walking away from the environmental movement and just “dealing with [his] own shit”, as he explains quite literally when describing his homemade composting toilet.

Kingsnorth’s decision to instead focus on creating his family’s low-impact lifestyle includes cultivating a native forest for fuel and using a scythe to make hay. His impressive self-sufficiency made me want to meet him to learn more. However, in reading his book, I sensed I might be the kind of environmentalist Kingsnorth was trying to recover from, which made this an intimidating read that called into question my own values as an environmentalist.

In his collection of previously published essays, Kingsnorth devotes large parts of his book to rants about “greens” and how we have sold out by “using the language of the dominant culture”, emphasising human-focused solutions and placing economic value on nature rather than protecting it for moral reasons. He cites climate change, an issue dear to my heart, as a “single-minded obsession” that has trumped all other issues and caused the destruction of the wild in the name of so-called sustainable development of renewable energy.

Blight on the landscape

Kingsnorth is correct that large-scale renewable energy infrastructure can be a blight on the landscape. In places around Ireland it has been inappropriately designed so local communities and nature conservation receive little to no benefit from such developments. However, his argument fails to acknowledge that, simply by existing on this planet in the billions, humans impact the environment in everything we do. Even as he admits that his own lifestyle is fraught with environmental impacts, he harshly judges those who strive to minimise the impacts instead of fighting the entire system or retreating, as he has done.

If an environmentalist is what Kingsnorth describes in his confession, I would no longer want to be one either. Fortunately, his view of the environmental movement appears dated from where I stand in the thick of it. As the movement has grown and more voices have come to the fore, including those of artists, economists and social justice campaigners, more diverse values have been incorporated. While Kingsnorth feels compelled to protect the wild because of his idyllic childhood spent walking the mountains with his father, it would be unrealistic to expect an urban dweller living in a concrete jungle struggling to pay bills to have the same values.

For this reason, it is necessary to meet people where they are and develop arguments for protection of nature that acknowledge a variety of values, including of those who earn a living off the land and seas. I believe there is room for many types of environmentalist in this fight, though I gather Kingsnorth would disagree.

Confessions of a Recovering Environmentalist contrasts starkly with Pádraic Fogarty’s Whittled Away. While both authors appropriately describe the devastation human activities have wreaked on nature, Kingsnorth focuses on the failings of the green movement to solve these problems and the bane of technology in causing further societal collapse. Alternatively, Fogarty presents a variety of arguments and solutions to rectify some of that devastation. He affirms the Irish people’s love of nature and describes Ireland’s environment as a “paradise waiting to happen”.

Fogarty believes “the real failing lies with politicians” who do not prioritise the health of the environment on which livelihoods depend. “Conservation here is seen as a threat, not an opportunity,” he writes, astutely pointing out the hypocrisy of Ireland’s State agency responsible for marketing our allegedly sustainable food production (Bord Bia) receiving three times the budget of our National Parks and Wildlife Service, which is responsible for conservation of natural heritage (much of which is on farmland). This evidence suggests that, for politicians, promoting the message of sustainability is more important than being truly sustainable.

Whittled Away should be required reading for all Irish politicians. No constituency escapes mention, which also makes the book a useful Irish nature guide for outdoor enthusiasts by providing a new way of looking at the environment they enjoy. While the knowledge of what we have done to our land and wildlife is sobering, Fogarty deserves credit for consolidating a wealth of information on every diverse landscape in the country, including our national parks. Even those who have not visited our beautiful island would feel like they had been here after reading Whittled Away.

In describing my favourite part of Ireland, Fogarty writes, “The islands of Connemara are jewels in a sea that sometimes glitter and sparkle in bands across their golden beaches.” But he also goes on to say, “Loving Connemara is a bit like being in a difficult marriage. You want it to work . . . but you can’t ignore the stale banality, the ugly neglect, or the resentment that comes from opportunity bitterly lost.”

He explains the deforestation of native woodlands caused by overgrazing, the loss of hedgerows as havens for biodiversity, the alien monocultures of Sitka spruce, and the burning of precious bogland habitat. A wave of shock ran over me as I read how decimated our so-called green island really is.

It is a failing of our education system and media that our connection to nature and environment, so concisely explained in Whittled Away, is not common knowledge. There is a systematic disconnection from nature occurring in our society. As children, we start our lives as nature lovers, but over time it too is whittled away as our attention turns to what are perceived as the more important issues of economic growth and employment. Fogarty does a great service educating the reader to the interconnections of nature and our own needs.

Deciding which of these books to read boils down to how cynical one is about the state of nature and efforts to protect it. Confessions of a Recovering Environmentalist might best be limited to readers who consider themselves strong-stomached activists willing to have their raison d’etre challenged. Kingsnorth’s writing is unlikely to inspire unless you are contemplating a retreat to the wilderness before an impending societal collapse, in which case this book will provide some mental preparation for the not-so-simple “simple life”.

Neither book elicits joy, but at least Whittled Away provides some hope to improve the situation, while Confessions of a Recovering Environmentalist thumbs its nose at anyone peddling hope in the middle of the sixth mass extinction event. I’ll keep Kingsnorth’s book on hand should the time come when I too decide to recover from environmentalism with my tail between my legs.

For now, though, I remain on the side of hope and look forward to visiting many of the scenic treasures and deepening my appreciation for the nature so beautifully described in Pádraic Fogarty’s Whittled Away.

Dr Cara Augustenborg is an environmental scientist who lectures on climate and environment at University College Dublin. She also chairs Friends of the Earth Ireland and writes the award-winning blog The Verdant Yank at caraaugustenborg.com.