In praise of older books: Theory of War by Joan Brady (1993)

Week 19: Julie Parsons’ favourite books. This week a story to make you weep 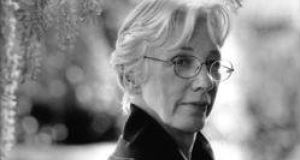 They called him the “boughten boy”. Jonathan Carrick, bought at the age of four by Alvah Stoke, farmer and brute. A white child. A casualty of the American civil war. Dirt cheap. Cost $15. To be kept until he was 21. As Alvah’s son, George, plump and dangerous, says “ Shit, you ain’t even human . . . Your pa sold you. My pa bought you . . . You’re a commodity. Like a cow.”

The “boughten boy”, bright eyed and chatty, until the brutality of the Stoke family reduces him to silence. A silence enforced when a passing salesman pulls out all Jonathan’s teeth, a valuable commodity, “Two dollars a tooth on the London markets”.

Life in the 19th century US midwest was brutal. “(T)he daylight dimmed one sunny afternoon . . . a swarm of locusts is a glittering cloud. . . sometimes as big as humming-birds. They’d wipe out your crop, not just for one year but for two.”

And Jonathan is nearly wiped out by the Stokes, father and son. But he holds on, somehow, through beatings and humiliations. Until the day he leaves fat George for dead and runs away. He gets a job on the trains. A yardman, coupling and uncoupling the giant engines. Terrifying work. His predecessor “got squashed yesterday . . . Hole in his chest you could throw a frying pan through.”

The story of Jonathan Carrick is the story of Joan Brady’s own grandfather, another “boughten boy”. It’s also the story of how the cruelty inflicted on the young is passed down through the generations. Suffering does not make you noble; it makes you savage, dangerous, destructive. The desire for revenge is a powerful stimulant for survival. Jonathan survives the railway, becomes a preacher, loses his faith, marries, has children. He then discovers that George isn’t dead. He’s a Senator, well known, admired. “The flesh hung over his starched collar as moist and flaccid as rotting pork”.

So: a final act in this wonderful story. Read it now and weep.