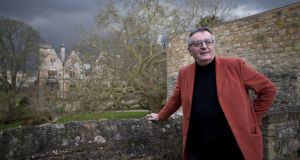 John Gray believes that human exceptionalism is at the root of modern warfare and oppression. Photograph: David Levenson/Getty Images

In his entertaining and at times troubling new book Seven Types of Atheism, John Gray describes the scene in the University of Berlin in 1820s where Arthur Schopenhauer scheduled his lectures to compete with the intellectual celebrity of the day, GWF Hegel. While only a handful of students felt inclined to listen to Schopenhauer’s pessimistic take on humanity, people flocked to hear Hegel’s upbeat message that “history was rational and also gratifyingly moral”.

Deliberately perhaps, a parallel drama is conjured up in the reader’s imagination. In one sold-out theatre (live streamed on TED to a global audience), we have Richard Dawkins, Sam Harris and Steven Pinker – all inheritors of Hegel’s faith in progress – with their zillions of digital followers, while in a pokey classroom next to the broom cupboard we have Gray, the Schopenhauer sympathiser, who – for heaven’s sake – doesn’t even have a Twitter account.

This, though, is Gray’s natural predicament. A career contrarian, he has delighted at puncturing egos or taking philosophical icons down a notch or 10. And not just for sport. In Gray’s view, human exceptionalism – the idea that human animals stand above, and morally independent of, the wider natural world – is at the root of modern warfare and oppression.

Gray has reworked the thesis in different forms down the years and, in this latest missive, narrows his fire on those typically liberal, generally Anglo-American atheists who think they can cut themselves off from the deep and profound questions that religion addresses by reading The God Delusion. The “new atheism” which that bestseller represents is dispatched quickly by Gray as the least interesting kind of atheism. The six other types he identifies are secular humanism, “a hollowed-out version of the Christian belief in salvation in history”; scientific atheism with its fetishising of evolutionary theory; political atheism which Gray holds responsible for communism, Nazism and evangelical liberalism; “God-hating”, an atheism born of witnessing man’s inhumanity to man; “atheism without progress” – the rejection of the idea of God without deifying humanity; and finally mystical atheism, a hallmark of which is acknowledging the limits of language.

Gray makes a case for supporting the last two atheisms, though the thrust of the book is attacking the other five. Christians feeling under the cosh from external and internal critics may take some pleasure in the Godless Gray sowing discord among his own. “The belief that we live in a secular age is an illusion,” he declares. “Contemporary atheism is a continuation of monotheism by other means”, while “secular thought is mostly composed of repressed religion”. All this is a red rag to the new atheist bull. However, it’s a back-handed compliment for religion, which is blamed for starting utopian dreams in the first place. Along the way, Gray tries to claim a few scalps and draws much-needed attention to racist or anti-Semitic views held by the sainted Enlightenment thinkers Hume, Kant and Voltaire.

However, critics of Gray (of which there are many) will remain troubled by the way he disparages progress while seemingly benefiting from it. The invention of penicillin, the creation of human rights institutions, and the concoction of the flat white all count for naught in Gray’s eyes when considered against the cosmic truth that humans are animals and will abandon all morality if the circumstances are right.

There is a nihilistic streak in Gray’s work. Writing approvingly of the selfishness of one of his philosophical heroes, he says: “For anyone weary of self-admiring world-improvers, there is something refreshing in Schopenhauer’s nastiness.” Often Gray resembles a man awaiting the apocalypse just so he can tell everyone, I told you so. He is not a monster, however, and when his distaste for humanity occasionally bubbles up it can be understood, if not necessarily excused, by the depth of feeling he has towards man’s rapacious approach to life on Earth.

But let’s not be too generous to an author who tends not to give his opponents the benefit of the doubt. Seven Types of Atheism contains the same essential idea as Straw Dogs more than 15 years ago – and, like then, Gray skips over counter-arguments, rather than tackling them head on. It is more of a polemical tract than a work of high scholarship, and the seven types of atheism is by no means a comprehensive, or even a particularly coherent, list. That said, Gray highlights the rich potential within atheism for good or evil, and even hints at the scope for new types of atheism which perceive the human animal as not the only living thing worthy of reverence.