Book review: a collection of fiction, poetry and essays by writers of the Irish diaspora 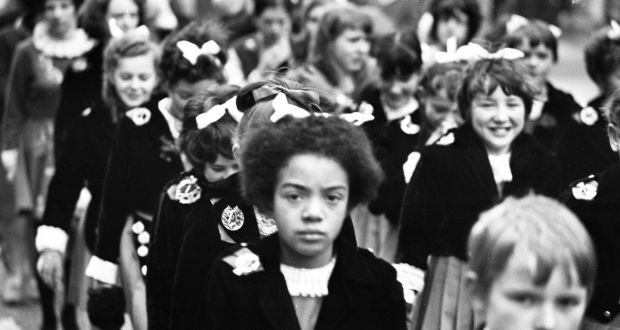 I Wouldn’t Start From Here begins powerfully with The Road, an exceptionally fine essay from Ian Duhig. Erudite, hilarious and heartbreaking, it’s packed with stories, broadening into a rich history of the traditional music which accompanied the Irish migrants’ journey while they built Britain’s roads.

“I know your streets/aren’t paved with gold/ because I laid them/…your M1s and your M62s/reading your B&B cards:/ No blacks, No Irish,/No dogs, no Jews” says a poem from a workshop run by Duhig for older migrants. Many highly skilled Irish musicians broke their backs six days a week, digging the roads too although some “did very well indeed: I’m thinking of a road haulage contractor in Manchester who was also one of the great pipers of his age, Felix Doran who played a set made of solid silver. Yet even his name means lucky and many with just as ferocious a work ethic as Felix had were not”.

This first book from the Wild Geese Press, which is dedicated to publishing writers of the Irish diaspora, it contains fiction, poetry and essays. Editors Ray French, Moy McCrory and Kath McKay aim “to capture for the first time the diverse experience of a group largely rendered invisible. Accusations of inauthenticity are picked apart here in discussions which touch upon what is authentic, what is new, what evolves and what changes. The book offers a way of examining where these writers and thinkers stand in relation to a shared heritage and past, in a continuously changing present”.

When questions of authenticity arise, the slur “plastic Paddy” cannot be far behind and this shameful epithet is referenced in several of the essays here. Moy McRory’s excellent Memory and Authenticity states that the term was “in part given spurs…by the new influx of educated and highly-skilled Irish who encountered the seismic shock of how openly hostile they found their new neighbours on relocation to Britain. When we were lumped in together as ‘English’ we were made invisible. In this way, a group who had been barely perceived and described were being excluded and silenced”.

Silence and silencing are central here. It’s harrowing to read how Kevin Rowland, frontman for Dexys Midnight Runners was effectively silenced by a hostile press when he tried to write about his Irish identity. He withdrew a lyric about the Long Kesh hunger strikes because he feared that the press would “crucify me…they’d go, ‘…You haven’t got the right to say that. You’re not even Irish. You were born here’.”

Nevertheless, the second-generation Irish have contributed hugely to popular music in Britain as Graham Caveney points out in The Scandalous Health of Shane MacGowan. “The experience of the Irish immigration into England has almost always meant that the Irish contribution to this cross-cultural exchange is minimised, commodified or ignored. The most recent example of this was Britpop – an extraordinary display of jingoistic rhetoric and imagery which managed to bury or elide the ethnicity of most of its participants.”

The silence is shadowed by anger. Another powerful piece is Ray French’s Rage about his father who “believed that leaving Ireland was the biggest mistake he’d ever made…His second biggest was to get married… ‘Don’t ever get married boy. If you feel lonely, get a dog… A dog would never give you any bother”. He dreamt of a self-sufficient life in Ireland sustained by his own fish and potatoes, lit by oil lamps because he believed that the glare of electricity “made people cantankerous”.

Yet French’s mother never regretted leaving “a place firmly in the grip of the moneyed elite masquerading as proud nationalists. She drummed into me how lucky I was to be born in Wales, where I was guaranteed a good education and free healthcare and would never be forced to learn that awful Irish language, which she associated with a sharp blow to her opened palm with a wooden ruler…”

I Wouldn’t Start from Here is a dense volume, packed with more informative essays than I can mention as well as stories from McKay, McCrory and French. John O’Donoghue’s memoir is brief and fierce as one would expect from a poet: “Officially I was a ward of the State, fostered at 15, sectioned at 16, orphaned at 19… My father’s death at 14 bruised me into poetry.”

It is the complicated, impossible, unforgettable fathers that dominate; Ian Duhig’s charismatic father jumping a river bareback on a one-eyed horse as a teen; French’s electricity-phobic father; Kath McKay’s Liverpudlian charmer and Elizabeth Baines’s violent charmer. McCrory’s father claimed to be an orphan yet when McCrory found him in the 1911 census he had, “a named father …and… also a mother and siblings. He had family. Clearly, he didn’t want them”. Perhaps the fathers found it harder to fit in than the women, marked out in their labouring jobs. Inner and outer conflict under pressure makes for terrific characters and stories.

In the 1980s, I was often the only Irish radiographer available at the Whittington Hospital to deal with “your countrymen” – Irish patients (sometimes drunk) who seemed wild and frightening to the others. One irate redhead shouted that the pain in his elbow was so bad neither his wife nor his three children could sleep with it! But he was the only one who complained. They joked and sang yet they were stoic – amid the violinists and ballerinas from Highgate, worrying about their valuable hands and feet – even when serious injuries threatened their livelihoods.

Irish men and women from that silent generation live and breathe on the pages of this brilliant ground-breaking book. As French’s narrator says in The Two Funerals of Patrick Cullen, “nothing ever truly ends. We are all part of an endless cycle of dreaming, living, remembering, the past, present and future all mixed up together”.

Martina Evans is a poet and novelist. Her latest collection, Now We Can Talk Openly About Men is published by Carcanet