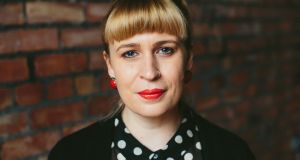 I was a precocious child. Aged 10 I chose the European Economic Community for my class project and produced a bumper 80-page manifesto. It included detachable language guides, recipes and samples of local currency. Everyone else in my class did Man United or Kylie Minogue, but I was blind to popular trends and fascinated by all things European.

Back then, I didn’t see myself as European. Europe was a wildly foreign place, reserved for films and the occasional summer holiday. In our house we referred to mainland Europe as “the Continent” and began talking of it in hushed, expectant tones, every January when the Christmas tree came down. Europe was Spain, Majorca and Brittany in a tent, for three sweaty weeks in July. Europe had fancy buildings and strange foods. They ate raw meat in France, outlandish ice cream flavours in Spain and, in Majorca, prawns, a phenomenon spoken of with nothing but derision in the Protestant diningrooms of north Antrim. Europe had sun. Again, I repeat, Europe had the sort of sun which required the liberal application of factor 50. Though I knew, from my EEC project, that Northern Ireland was technically European, in my head it was not to be confused with properly Continental places like Italy and Holland. Northern Ireland was, as I’d later come to call it in my novel, The Fire Starters, the car park of Europe, a kind of pedestrian addition to the main event, like the layby where the coach drops you off outside Disneyland.

In the last five years I have grown into my Europeaness. Writing has given me an opportunity to visit literary festivals throughout the world, but it’s the countries in my own backyard I’ve enjoyed exploring most. I’ve read in European cities I didn’t know existed. I’ve learnt about periods of history which will probably never make the Northern Irish school curriculum. I’ve enjoyed the most phenomenal examples of architecture and art and regional liquor. I have even developed a fondness for prawns, though the idea of consuming meat raw remains beyond me. I’ve relished all these experiences. Every European country is unique and diverse. Even, I’ll reluctantly admit, Northern Ireland, where familiarity (and persistent drizzle), sometimes causes me to overlook its charms. I’ve grown to appreciate the way the idea of Europe allows for distinct national identities to flourish within the wider continental community.

These last few years I’ve spent many wonderful evenings in conversation with European writers and thinkers. I’m constantly reminded that despite those arbitrary divisions associated with geography, politics, religion and ethnicity, we European writers have more in common than we think. I’m reminded here of the three creative writing students who approached me after a reading in Debrecen. They wanted to talk about women’s rights in Northern Ireland. They were keen to discover if we had it in any better than Hungarians under Viktor Orban. Also, the Norwegian high schoolers who stayed after my workshop to discuss what life is like for the LGBTQ community in both Norway and Northern Ireland. And the Fresian poet I met in the Dutch city of Leeuwarden, whose cultural identity was bound up in the regional language he chose to speak and write in.

Mostly, I’m reminded of a very late night in Zagreb, Croatia drinking wine with Bosnian writers who’d grown up during the conflict. We talked about making mix tapes of British indie bands whilst our respective countries did their best to self-destruct. After that particular conversation I felt ignorant and a little ashamed to have assumed 15 year olds in Sarajevo were so very different from 15 year olds in the Co Antrim town I grew up in.

I’ve been thinking a lot about European identity this week. I am so grateful to have been awarded the European Literature Prize for Ireland. The prize brings together writers from 14 European countries. It seeks to showcase their work before a wider, international audience. I was honoured to be shortlisted alongside Bernie McGill, Rosemary Jenkinson and Niamh Boyce, all of whom are fantastically talented and much-loved members of the Irish literary community. The prize money will also come in handy (I intend to use it in the very unglamourous pursuit of a bathroom). However, I’m most excited about getting to know my fellow prizewinners.

The prize celebrates diverse voices from across Europe by uniting writers around the key tenets of truth-telling and artistic provocation, sense-making and story, and the desire to create something lasting and impactful. Within this version of European identity, cultural diversity can flourish without detracting from the strength of the community. I’m finally beginning to view myself as properly European without compromising any part of my own national identity.

I’m a Protestant Northern Irish writer with Unionist heritage. In the past I’ve referred to myself politically British but culturally Irish. In the years since the Brexit referendum I’ve found myself leaning more towards a fully Irish identity. It’s complicated. Like many people in the North of Ireland I have two passports. I go through a psychological wrestling match each time I approach the check-in desk. I’m still working out who I am. It changes on a daily basis. I have written a book exploring loyalist culture through a magic realist lens. I’m not a loyalist. I was raised almost apolitical in a rural Protestant community though I’ve spent much of my life surrounded by the symbols and ceremony of loyalist culture. I’m probably not the most obvious candidate to represent Ireland in the EU Prize for Literature.

However, I think the complex set of identities is an almost perfect metaphor for the Northern Ireland I’ve experienced post-Good Friday Agreement. The space afforded by the agreement has allowed me to construct my own idea of what it means to be Northern Irish. I can have both a British and Irish passport. I can be British and also immensely proud to be counted as an Irish writer. I can try to contribute something worthwhile to both the British and Irish cultural cannon and also endeavour to have a voice within the wider, international conversation. I can find similarities and points of empathy with the experiences of those who’ve been raised differently from me, yet still retain a unique sense of my own cultural identity. I am not less because I am a multiplicity of different things. I honestly believe I am more.

The Northern Irish poet, John Hewitt says something similar when he talks of simultaneously being an Ulsterman, an Irishman, a British man and a European. Like Hewitt I am grateful for the freedom and opportunity to be many things at once. I wholeheartedly agree with his assumption that “anyone who omits one step in that sequence of values is falsifying the situation”. I am proud to be a complicated Northern Irish woman. I am proud to be part of a diverse European community. I sincerely hope that the days to come will not ask me to compromise any part of who I am.

The Fire Starters by Jan Carson is published by Doubleday Ireland