How Covid has made us doubt our own self-worth

James Conor Patterson: I am reassured that the situation can’t be helped. ‘It’s a pandemic,’ they’ll say 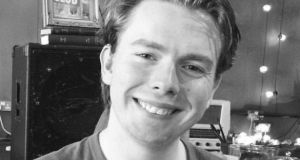 This past year I’ve been thinking a lot about the concept of usefulness. Specifically, how it relates to consoling myself that what I’m doing is worthwhile when the reality of what I’m doing is sitting in the front room of my girlfriend’s mother’s house drinking a beer on a Tuesday evening.

Last March I was furloughed from my full-time job. In July, I was brought back to work on a part-time basis and in October the company I worked for collapsed. I was eventually made redundant. My girlfriend and I had to give up the lease on our flat in London and move back to Belfast, and in the process I lost some of the dignity that comes with being a contributing partner in a government of equals.

Not that relationships can or should be boiled down to one’s ability to contribute financially, but the imbalance that such a condition fosters naturally ends up leading to feelings of guilt. It’s like trying to fly a plane when the only portion of the panel that works is your co-pilot’s – you’re confident that they’ll be able to land the thing with ease, but at the same time you can’t help but think that you’re somehow responsible for making their life more difficult. Even if the malfunction happened because of the equipment you were given in the first place.

When I broach this with my girlfriend – or, indeed, with other family members – I am reassured that the situation can’t be helped. “It’s a pandemic,” they’ll say. “Thousands of other people are in the same boat as you.”

I’m a writer. I hate the echo of unearned self-importance that attaches to the title


The fact that lots of other people are in my situation leaves me more depressed than reassured, and my susceptibility to runaway anxiety also leads me to believe that in my case the fault always seems to precede the event. The event being the worst global financial crisis since the Wall Street Crash. The fault being my choice of career. “What if,” I tell myself, “the problem is my vocation?”

I’m a writer. I hate the echo of unearned self-importance that attaches to the title, but I can think of no other way to adequately describe what I do. Since the age of 15, I have thought of nothing else but making a living from the one thing I’m good at. Poetry. Fiction. Criticism. Copy. Whatever the medium, I’ll endeavour to turn out something decent in exchange for cash. Even as I write this – even as I castigate myself for being unemployed and being able to do only this one thing well – I still receive bits and pieces of freelance work to keep the cogs turning.

But the idea of failure still attaches itself regardless. Not only have none of my friends been made redundant, many of them – despite the pandemic – have managed to save for mortgages, weddings, and new chapters of their lives involving things like promotions and kids. I have not been able to provide any of these, and it’s this that gets me thinking about the concept of usefulness.

I realise, of course, that being locked down without the routine of a full-time job has allowed for thought processes like these to spiral, and I don’t want to appear ungrateful for the things I have. Many people trying to survive this current wave of restrictions don’t have the privilege of being able to communicate with their family or friends, and there are other people in far more precarious financial situations than me.


I know too that reading about other people’s lockdown experiences has become about as tedious as the insipid nonsense that banks come out with in the ads they broadcast to try and make us forget that they’re evil. Exceptionalist phrases such as “now more than ever”, “in these uncertain times” and “the new normal” ring in the background like trumpets at the breaking of the seventh seal. I also know that it can be hard to distinguish between actual sincerity and the faux-community marketing jargon which writers like me have a tendency to use to pass for compassion.

But, honestly, I’m at a loss for how else to account for this last year. It may just be that capitalism has conditioned us to self-police and think that if we haven’t been doing something “productive” we must have been doing something wrong. So I’ll leave you with this from the American poet Gregory Orr, who reminds us that whatever we do to guide ourselves through times of difficulty can’t be so easily dismissed as frivolous.

“Human culture,” he writes. “Evolved the personal lyric as a means of helping individuals survive the existential crises represented by extremities of subjectivity and also by such outer circumstances as poverty, suffering, pain, illness, violence, or loss of a loved one.”

That we rhyme – to borrow from Seamus Heaney – to set the darkness echoing.

Can a work of fiction about the Holocaust be inaccurate?