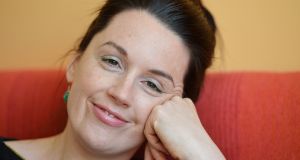 In 1324, a woman in Kilkenny became the first person in Ireland to be burned at the stake for witchcraft and heresy. The Kilkenny witch trial stands out as a precursor of the witch craze that later swept early modern Europe, in which tens of thousands of people, mostly women, were sentenced to death on the pyre for the supposed crime of sorcery. There are a myriad of stories behind each of those horrible deaths; Niamh Boyce’s gripping new novel is a reimagining of just one of them.

The book begins with a woman called Petronelle, who turns up with her daughter at the home of her childhood friend, a wealthy Kilkenny moneylender called Alice Kytler. Alice takes Petronelle and her daughter Basilia into her home, and gives her old playmate a job as her maid. But when Alice is charged with witchcraft by the obsessive Bishop Ledrede, her entire household find themselves in serious danger.

Ledrede, Alice, Petronelle and Basilia were all real people. Alice came from a family of Flemish merchants who had settled in County Kilkenny, but nothing is known of Petronelle and her daughter but their names. In Her Kind, Boyce takes these bare facts and uses them to tell a complicated story of loss, ambition, misogyny, family love and what it means to belong, set in a vividly imagined 14th century Ireland.

Kilkenny may be a town ruled by Norman and English settlers, in which the indigenous Irish population are confined to “Irishtown”, but in Boyce’s telling Petronelle and her daughter Basilia are secretly Gaels, speaking Irish as fluently as they speak the language of the colonisers. Their real names are Bébinn and Líadan, but those won’t do in Kilkenny’s Hightown, so Alice renames them. When Petronelle tells Alice’s inquisitive cook Esme that she came to Hightown because it’s a good place, Esme responds, “If you don’t mind being tamed, and named like a pet.” Her name used to be Mór.

Petronelle tries to keep her head down, but the tension surrounding Alice is impossible to ignore. The heir to her father’s fortune after the death of her brother, Alice has outlived several husbands to become one of the most powerful people, male or female, in the city. It’s not surprising that she becomes the target of the Bishop’s ire; he sees her not just as a shameless female, but someone who refuses to grant the church its full financial due.

As an independent woman ahead of her time who becomes the victim of misogyny, it would have been easy to make Alice a heroine, but to her credit Boyce does something much more interesting. Capricious, selfish and ruthless but not entirely heartless, Boyce’s Alice is a fascinating, frustrating character. It’s easy to see why Basilia is drawn to her glamorous new mistress instead of her own withdrawn, worried mother, whose devotion isn’t always appreciated by her daughter. Basilia refuses to speak, but she sees a lot, and the novel is primarily told through her and her mother’s alternating voices. Their complicated relationship is the powerful heart of the novel.

If you like the sort of book in which people wear kirtles (and I do), you will love Her Kind; Boyce’s depiction of life in 14th century Kilkenny is so evocative and atmospheric the reader can almost taste the honeycombs in Petronelle’s carefully tended hives and feel the heavy animal pelts that line Alice’s secret chamber. The characters are part of a world that at times is utterly alien to us, and one of the most haunting aspects of the novel is the depiction of anchoress, the holy woman who has been bricked alive into the walls of St Canice’s Cathedral.

Boyce avoids loading the narrative with historical exposition. But while this is an admirable urge, a book like this, aimed at a general readership, would have benefited from the weaving of a little more information about late medieval Ireland and its socio-political complexities into the story. Boyce’s writing, however, is always a pleasure to read; her prose strikes a perfect balance between the gritty and the sublime, and in its precise lyricism the author more than lives up to the promise shown six years ago by her excellent debut The Herbalist. Let’s hope we don’t have to wait so long for her next novel.