Ghada Karmi: Palestine and the right of return

Dispossession and exile are at heart of Palestinian story. The theme of return animates all Palestinians, even as it grows ever more unattainable, and it’s the subject of my memoir 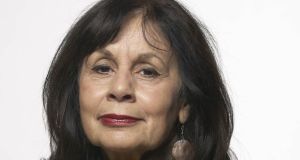 Ghada Karmi: It is my fervent hope the reader will wish to accompany me and see through my eyes why, without our return, there will be no end to this tragic conflict

Today, Palestine and Palestinian are familiar terms to the vast majority of people. But it was not always so. Strange to tell, but in the England of the 1950s where I grew up, these names had quite gone out of use. I remember as a child in London at the time, that when people asked me where I came from, and I answered “Palestine”, they either looked blank or said, “Do you mean, Pakistan?”

The land immortalised by the Bible, the birthplace of the Old Testament, of Christianity, and whose sacred towns of Bethlehem, Nazareth, and Jerusalem had drawn countless pilgrims over the centuries to visit and pray, that famous land had apparently vanished. In a trice, it had been replaced by “Israel”, a state then in existence for less than 10 years, or mistaken for another new place, Pakistan, established at the same time. How frightening it was to find my identity and my history thus deleted and with such speed.

It was not till the mid to late 1960s, when the PLO was established, that we Palestinians began to impose our cause as a political one and to claw our way back to international recognition. Since then, and despite Israel’s best efforts to foil all attempts at re-establishing the concept of the Palestinians as a people with legitimate, national rights, we have continued to consolidate our “return” to the world stage. Bruised, internally divided into political factions, fragmented into communities living in different countries, yet we are now entrenched in international consciousness and the need for a resolution of our problem is not in doubt, even among all but the most rabid Israeli hardliners.

The issue, however, is over what “resolution” actually means. Most people if asked nowadays would find the “two-state” idea an acceptable solution. But how can it be when it does not address the fundamental cause of the conflict with Israel: the Palestinian right of return? Everyone understands that a people expelled from their homeland will always wish to return there; dispossession and exile are at the heart of the Palestinian story. There is not a Palestinian living who does not thrill to the idea of return or for whom it is not imbued with special meaning. The house key, which people took with them as they fled in 1948 in the belief their flight was temporary and they would return, is iconic for Palestinians, a symbol of loss, but also hope. Return is a theme that animates the lives of Palestinians everywhere, even as it grows ever more unattainable.

It is the theme of my new book, Return. Set in the Ramallah of 2005, and covering my experiences in the three months of my employment by the Palestinian Authority, it may not seem so. But every page is imbued with that idea, from my desire to “return” to what remained of Palestine, to the depredations of the Palestinian condition under Israeli rule that I witnessed, the sight of refugees I visited still living in UN camps after 67 years, to the Palestinians of Jordan who had given up, to the PA’s degradation of Palestinian rights, most especially the right of return, into a begging bowl for a crumb of “Palestinian statehood” that Israel had no intention of bestowing. In telling it like it is, I wanted to shock, inform, and above all enrage all those who wonder how it can happen in our world that a people’s natural, human right to go back to the homes they were expelled from could be so thwarted and for so long without it ever being realised, or the perpetrators called to account.

Return is not a political book. It is a memoir of an unforgettable time in my homeland, of things I saw, emotions I felt, and understandings I arrived at. It was a journey of discovery, of the land and of myself, and one on which it is my fervent hope the reader will wish to accompany me and see through my eyes why, without our return, there will be no end to this tragic conflict.