For A Little While review: rugged edge to US short story collection 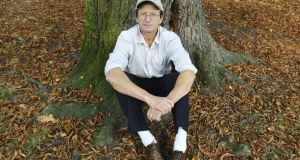 US writer Rick Bass: He is informed and very aware of both the insignificance of man in the natural world, and of the damage he wreaks

Book Title:
For A Little While

Humankind being capricious, fads and trends, from food to music to the choice of colour of the front door or the length of a hemline, are always in flux. There are constants; one such is the quality of the American short story. The short story in general is a sublime art form; something about it makes it superior to the novel.

Many great novelists will admit to having attempted but failed to write the perfect short story. Short story writers tend not to be in awe of the novel. They are not inhibited by their longer rivals; they don’t have to be because everyone knows a well-crafted short story achieves more than most novels.

The Irish short story is deservedly celebrated wherever fiction is read, while there is an almost religious aura about the purity of Chekhov’s genius. Yet somehow the American short story, at its finest, inhabits a literary tradition without equal, possibly because of its thematic and tonal diversity influenced by the cultural and regional variety. In a world in which the suburbanisation, never mind urbanisation, of the landscape – of which Ireland is a major example – US writers, for all the roar of the city and emphasis on the urban experience, observe the natural world, the sway of a tree, the fury of a mountain stream, as vividly as a visual artist.

Rick Bass, who was born in 1958, is not widely known outside of the US. Within North American literary circles though, he is respected, some would say revered, as a serious writer with a good deal in common, stylistically and thematically, with Annie Proulx, who shares his rugged sensibility and interest in processes.

Some of the stories in For A Little While – a generous volume including selected works representing his evolution over the past 30 years, as well as, most importantly, seven new stories – also have echoes of Tobias Wolff and Daniel Woodrell, if not quite the rhythmic eloquence of Richard Ford, whose wry humour he also lacks.

Born in Texas, Bass, as did his father before him, worked as a petroleum geologist in Mississippi. He makes use of this in Lease Hound, not only one of the best stories, but also among the most recent. In it the narrator, not one of the sweetest guys you will ever meet – but then Bass deals in angels – recalls the time when he earned his living by persuading landowners in the sleepier parts of Alabama to sell the drilling rights to their properties. “My degree was in church history, but the jobs were in oil.”

It was 1980 and the narrator, having attended Utah Mormon white-bread college, was on the alert from an early age. “My time spent in Utah had been like years bathing in a vat of milk and honey. I knew my world was small and clean, but now it was time to move out into the larger, mysterious world.”

Some of the observations resonate with his geologist’s insight: “Beneath those hills and hollows was the true basin, where the Gulf of Mexico had once come inland. White-sand beaches, and great toothy dinosaur-fish roiling just offshore. In this place, mankind was still several hundred million years distant, as if the table had been set, but then someone had stepped away and forgotten us.”

Bass has created a character who is a bit of a lad, or at least was during the period he is recalling. He had a beautiful, hippy girlfriend in Mississippi with her own means and a fondness for smoking pot, as she eased through days devoted to the quality of life. “So much of it was sex, but there was more,” claims the narrator, not all that convincingly. Meanwhile, down as the courthouse in Jackson is Penny, a clerk with a ready smile and a clear liking for our hero. Toad that he is, he basks in her admiration. She locates every lease he requires.

One deal was tricky to acquire. The owner, an ancient woman named Velma Carter, is senile and at the mercy “of the more wastrel” of her relatives. “The house was crumbling, but carried, still, the ghost of grandeur. It had once been a mansion, and even in its awful senescence there was something magnificent about the exuberance of its rot . . . Virginia creeper vines shrouded it, as though holding it together.”

His campaign to secure the lease spans many visits. During one he notices her grandson Dexter, who had bulked up while serving time in prison, burning household debris and fears it may be Velma’s body. It is a rare gesture of human kindness.

Swans another of the strongest stories begins: “I got to know Billy and Amy, over the years, about as well as you get to know anybody up here, which is to say not too well.” This is immediately qualified by the narrator’s gratitude to the couple: “They were my nearest neighbors. They saw me fall in and out of love three times, being rejected – abandoned – all three times.”

Billy is a gentle, childlike man who loves his wife and the natural world. Tough and indifferent to the weather, he gradually fades into dementia. His decline is described tenderly by Bass, who is an uncompromising, descriptive writer, often too intent on dramatic effect. He has written a significant amount of impressive non-fiction and at times his precision jars, often at the expense of insight.

One of his most famous works, The Hermit’s Story, also features in the collection, and the obsessive dog trainer, a woman who shares a bizarre experience with a client and the six dogs that she had prepared for him, emerges as a symbolic alter ego of sorts for Bass. His engagement with the Yaak Valley of northwest Montana has heightened his responses to the natural world. The child’s perception of adults in the excellent new work Fish Story is brilliantly conveyed, as is the narrator’s memory of battling to keep the giant catfish alive, and, most moving of all, the doomed creature’s efforts to live, the theatre of its dying.

As is obvious from these stories, Bass is at his best in the first person. He is informed and very aware of both the insignificance of man in the natural world, and of the damage he wreaks – the slaughter of an elk and its clinical dismembering, which is clinically described, might leave one wondering. Even stranger is the behaviour of the horse in The Legend of Pig-Eye, or the belief that a healthy man can outrun a horse. But it is a rare moment of fantasy in a robust volume. Bass knows that people fight, dream, are silenced by nature, lie and tell ourselves stories – we have to.