Fires by Raymond Carver: a reminder why writing matters 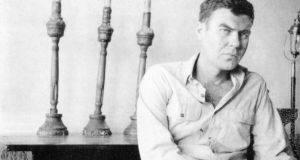 Raymond Carver is my favourite writer. I generally dislike all that “favourite” malarkey, but then I open one of his collections, and am struck dumb. Carver, in his raw brevity, cuts to the quick and reminds me with a shock every time why writing even matters.

When asked about my favourite writers, I often forget him. It’s only later, when I glimpse his name on a spine on the shelf, searching for something else, that I guiltily recall. Why do I always forget Carver?

Recently, re-reading Fires, a collection of his essays, poetry and stories, published after the breakdown of his first marriage, it occurred to me – I forget, because his writing is so essential, that it’s impossible to remember its existence as a separate thing, written by a hand, on paper, rather than a component of my own self. I forget Carver’s writing the same way I forget my organs, or blood.

I hope this doesn’t sound hyperbolic. This level of praise may have made Carver himself uncomfortable (unless he was already a few drinks in). For balance, I’ll admit the poems aren’t quite as strong as the rest. But they’re still marvellous. They still have that Carver quality, that tells us to look right, then sock us in the jaw from the left.

His use of language, not only in the collection’s two essays and 80 poems, but in stories such as Distance, or The Cabin, is so uncomplicated, yet perfectly compact (he describes his own method as; “Get in. Get out. Don’t linger. Go on.”). The stories, of course, are magnificent: always so seemingly straightforward, while in fact so oblique. His writing is invariably devastating, not in any dramatic way, but in the truth of small, ordinary human lives. In it, we read our daily interactions, our hopes, often thwarted, and the inevitable relentlessness of our lives’ journeys, repeating over and over. Reading Carver, there is a feeling of suddenly realising the characters (and, in turn, oneself) are on the wrong train, unable to get off.