Book review: The protagonist of Michelle Gallen’s captivating debut is an isolated woman with agency 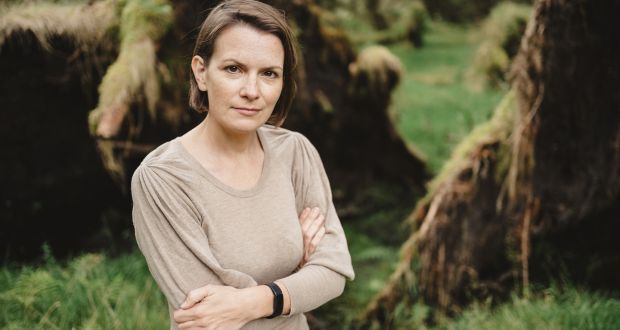 There’s a hint of Ignatius J Reilly in the protagonist of Big Girl, Small Town. Majella O’Neill is overweight, reclusive, misanthropic and disdainful of popular culture (except for Dallas). She lives with her mother in the family home in a small town on the Irish Border. There’s an absent father, no other siblings and a fraught relationship between Majella and her troubled mother. But unlike the protagonist of John Kennedy Toole’s acclaimed novel A Confederacy of Dunces, Majella has no interest in leaving her hometown of Aghybogey. This is a woman in her late 20s who clings to routine. She works six nights a week in the local chipper, wears the same clothes every day and has the same takeaway dinner every evening before holing herself away to watch reruns of her beloved Dallas.

Michelle Gallen’s debut novel is a captivating anti-picaresque, featuring as it does a young woman afraid of going anywhere. Majella’s few memories of leaving Aghybogey revolve around a caravan holiday one summer in Bundoran, but beyond that she appears marooned in her hometown, ostensibly by choice, though we soon learn that the wider landscape of the Troubles is to blame.

Gallen was born in Tyrone in the 1970s and grew up a few miles from the Border. In her debut novel, there is a jaunty feel to her portrayal of small-town Ireland similar in style to Ithaca by Alan McMonagle, Upperdown by David Brennan and even the multilayered murder mysteries of Jess Kidd. But in Big Girl, Small Town, which is set in the 1990s not long after the Belfast Agreement, the legacy of the Troubles looms over a deeply divided community.

We learn that Majella’s family has been largely obliterated, though their role in the violence is obscured. It comes through instead in telling detail. Majella refers to RTÉ news as the “Free State news”. The funerals of her loved ones are attended by members of the IRA: “It was years before Majella realised that not everyone got a volley of gunshots over their grave.”

Violence permeates the novel and filters into everyday life. Her memories of that one holiday end with her father trying to protect her from a sexual assault. After watching an item on the news about elderly people attacked in their own home, Majella wonders if there’s a man somewhere “lying awake trying to forget about what it felt like to break an elderly widow’s ribs with his fist”. A visceral scene in a later section of the book sees Majella take on a drunk boyfriend of her mother. He spits in her face. She manages, barely, to kick him out of the house.

This no-nonsense attitude from our narrator is easy to get on board with in a town where so many people are out to harm. The locals with their memorable names – Jimmy Nine Pints, Hairy Feely – see Majella not as a human being but as someone to exploit. Gallen manages to give her protagonist agency despite this. Right from the opening page, Majella (literally) lists her likes and dislikes. This is a damaged, isolated woman, but one who knows what she wants.

Chief among these needs is sex, and Gallen writes with searing detail on everything from periods to body odour to masturbation. Majella’s attitude to casual sex is, for a woman of her era, entirely refreshing: “She hadn’t had a ride off Johann-Paul yet, but she’d an interest.” She tells us she “never says no to a shag” with her married co-worker Marty, though the reader can’t help but feel queasy with Gallen’s vivid depiction of their liaisons amid the fish guts in the back room of the chipper. Marty the great romancer (“You’ve a c**t like a Hovis loaf. Ah could eat you alive”) treats Majella terribly but it is a complicated, co-dependent type of relationship that comes alive on the page.

Not everything in the book flows as seamlessly. The phonetic dialogue can grate, the pacing is off – at a major turning point we’re learning about how Majella got her name, for example – and the inheritance subplot is underdeveloped. Questions remain also about the missing members of Majella’s family, though that is arguably a deliberate marker of the landscape rather than a plot misstep.

Gallen sets down her own marker with an epigraph from Anna Burns’s Milkman. Both novels deal with the same landscape in a very different way – Gallen’s prose is not literary in nature – but the subject of how impossible it can be for the individual to escape a hopeless environment makes for a compelling story irrespective of style. Big Girl, Small Town is a confident debut with a very memorable protagonist in Majella, a woman who is desperate to lead an untroubled life.