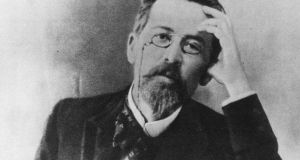 I adore biographies, especially literary ones. There is always something to be learned from the lives of geniuses but, more immediately, reading about them reminds me that they were, after all, just people, with their own daily struggles and idiosyncratic character flaws. They brushed their teeth, suffered indigestion, and loss; they breakfasted, and had days, weeks, sometimes years, when they couldn’t write a word. The ordinariness of their lives proves, I suppose, comforting, as well as a source of learning.

This book, lauded by Michael Frayn as being “without question the definitive biography of Chekhov”, is particularly special, not because it’s so comprehensive (although this is enormously gratifying), but because it’s so beautifully written. Rayfield seems to have fallen under the spell of the Russian seasons, and often measures the passage of time by the arrival or departure of migratory birds. This book is fascinating, dauntingly well-researched, but it’s ultimately Rayfield’s unobtrusive asides, his creation of atmosphere, as well as his short yet illuminating accounts of the secondary lives surrounding Chekhov’s, that make it stand out as exceptional (especially when we remember that it is these very lives that were the subjects of Chekhov’s own work).

Take Chekhov’s delinquent nephew Kolia, who is said to have murdered a dachshund. Take tantalisingly unexplained chapter openings, such as: “When Anton arrived, Bunin moved out to sleep at the Hotel Yalta, where there was a corpse in the next room.” Really, the entire book could be read for the single paragraph dedicated to a schoolteacher called Jan Urban, which reads like a standalone story, dazzling both in its content, and its Borgesian brevity, of which here’s a taste:

“The school bogey, he had worked in Kiev (where somebody broke his leg), and in Simferopol (where his windows were smashed) … Such was his standing that even the city gendarme forbad his daughter to marry Urban’s son. In the 1905 disturbances, schoolboys stoned Urban: he picked up the stones and carried them in his pocket until his death.”