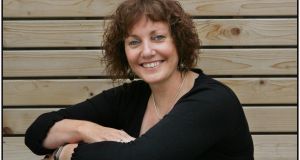 Enda Wyley’s collection The Painter on His Bike deals primarily in rooms and landscapes, often revisited with a sense of longing.

In this dark weather, it seems a long way off that we might peer out to see “spring swagger // up from the river / in a cape of light”, but Enda Wyley’s sixth collection, The Painter on His Bike (Dedalus), is full of these flashes of familiarity, faces rising to meet ours, missed connections finally repaired. Full of ekphrastic poems, this is a book that deals primarily in rooms and landscapes, often revisited with a sense of longing.

Formally, the clipped lineation of poems such as There We Were and the title poem is very effective, and avoids Wyley’s tendency to lose rhythm to longer, more prosaic lines. Often, Wyley’s language is precise, her imagery striking. We meet “Night bringing its skillet of dreams”, and “morning is the dog / that scratches at our door”. In one short poem, the simplicity of the scene is what draws out its resonance.

On the lane to Rath I see you now,

illness a coat tossed over the hedgerow,

And you striding into evening’s soft relief.

Elsewhere, however, a stronger editorial hand could have ousted some cliches (“alabaster breasts”), and there is not enough that is surprising in the language. The final poems in the collection, which move into empty rooms, empty houses, and are full of spectres, are among the best, and suggest an exciting new direction. Ghost Message, one of the collection’s standout poems, has a sort of held-breath reverence, and is a call to forge a new attention to the world beyond our own:

The window sprung open for no reason

And then I saw what I hadn’t before –

The tall glass with its chipped plum frame,

The beam of age traversing the granite wall,

The way light played with the afternoon wind

And how ivy scurried across the old cottage beyond.

A hand not there, a person unseen, the window

Sprung open for one reason – that I should see

What I hadn’t before, get up, and go outside.

Associated (almost) with the generation of Heaney, and (almost) with poets such as Patrick Kavanagh, John Montague needed no reminders to “get up, and go outside”. Falling perhaps between those famous generations, one feels, reading this new Selected Poems, 1961-2017 (Gallery Press), that Montague never quite locked into a subject that would enliven his talents. There are great poems here (The Wild Dog Rose, even after many years, feels shocking and necessary), but read cover-to-cover there is not much discernible development in interest or style. Montague is reliable, dependable, has a knack in places for a standout line, but he is almost never electrifying or revelatory.

In his early poems, one hears the echoes of Yeats, and a search for an archetypal medium for a sort of dark pastoral. Here, Montague (in his own words) “felt their shadows pass // Into that dark permanence of ancient forms”. Things move “in and out of Creation”. There is an “Indian God”, images called up to the poet’s mind in an incantatory manner. Over time, the biographical details of Montague’s life seep into the poems, and there are touching elegies for the poet’s father (as in Omagh Hospital), and later No Music, a painful poem about his separation from his wife.

Border Sick Call, the long poem that Montague added to Collected Poems (1995), follows Heaney’s Station Island sequence (1894) in choosing a Dantean journey as its form, where “shades” step from the shadows, and the borderland is traversed:

But no purgatorial journey

reads stranger than this,

into the ultimate coldness of an ice age

as we march towards Lettercran,

The Ridge of the Tree, the heart of whiteness.

Where Montague adopts a national vision (as in his commemorative poems, or the famous Windharp), he slips into cliche or a self-limiting focus on landscape. But where he focuses on the personal, and on the darker edge of his pastoral tendencies, his poems hit home, and stand out. Looking back over this Selected Poems, however, it is hard to think that Montague ever quite found a voice fully distinguishable from his more effective contemporaries.

Mary O’Malley’s Gaudent Angeli (Carcanet) (or “the angels rejoice”) opens with an odd and oddly wonderful poem, Making Marmalade, in which oranges are seen “orbiting the kitchen”, uplifted by love. Taken from the text of the Glorious Mysteries – The Assumption of Mary – Gaudent Angeli sits at a sharp angle with the cover image of the book, which takes a detail from a Giotto fresco in which the angels are lamenting the death of Christ, their faces rent with sorrow. At the outset, then, we are alerted to a sort of doublespeak in O’Malley’s book, which searches out the “new gods” of Silicon valley, the rebirth of spirituality, and the mutations of time across generations. This is a collection that links religion, mythology and ecology in often subtle, unexpected ways.

It is quite eclectic in its tonal and formal range, and this can make reading the book from cover to cover a rocky experience. At 90 pages, Gaudent Angeli could probably have been 20 pages shorter and more effective. Some of the poems are recognisably filler, and repeat themes or images from earlier in the book. This matters because, although Gaudent Angeli is a detailed and often skilful book, it is a little uneven. There are poems in the form of the limerick (The Pope and the Queen Take Tea) and others (Mapping) that are quiet and aphoristic. Some of the best poems in this book are short and imagistic. A Chain, for example, describes a resonant scene: “A girl outside a dark forge. / Inside, a white horse. / The glint of his new minted shoes. / The steady ring of the smith’s hammer / linking them together.’