Eileen Battersby’s fiction of the year

Works in translation, some neglected gems and a modern master’s farewell stood out most strongly 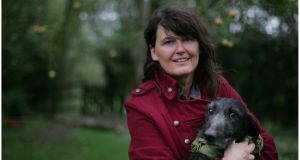 The Voyage By Murray Bail
(Maclehose Press)
Frank Delage, Australian inventor and natural optimist, decides to take on Vienna with his new piano. Why exactly he would choose to bring his instrument to a city already full of pianos is best answered by Delage – or, rather, Bail himself in this astonishingly brilliant, defiant and utterly singular novel of intelligence, narrative shifts and frustrated desire, which makes more than a few nods to Voltaire’s Candide.

The Spectre of Alexander Wolf By Gaito Gazdanov, translated by Bryan Karetnyk (Pushkin Press)
A young man is haunted by the memory of having killed an enemy soldier during the Russian Civil War. Years pass, yet the guilt remains. Gazdanov’s elegantly eerie 1940s novel about an emigre journalist’s ongoing trauma is tightly constructed and fast-moving. Just when it seems that the central character may be able to put his past behind him, a chance reading of a collection of stories lures him on. He travels from Paris to London to meet the writer yet is warned away by the mysterious author’s disgruntled publisher. Why? The plot thickens; it is wonderfully rich in “cosmic catastrophes”.

The Maid’s Version By Daniel Woodrell (Sceptre)
Formidable narrative power and barbaric grace shape this dark tale of one woman’s life played out beneath the shadow of an unsolved crime that refused to be forgotten. Daniel Woodrell, author of Winter’s Bone (2006), understands the essential menace subverting human nature at moments of crisis.

A Permanent Member of the Family By Russell Banks (Clerkenwell Press) One of the finest contemporary American writers, and invariably among the most intense, Banks is a teller of truths whose moral courage knows no bounds. These fine stories reflect the diversely vulnerable US of the here and now, and the very best one, Blue, summons a rare moment of Banks comedy in preparation for a finale of sheer terror.

In Times of Fading Light By Eugen Ruge, translated by Anthea Bell (Faber) Ruge, the half-German, half-Russian mathematician son of a historian father, has written an intelligent, factual, blunt and at time hilariously shocking memoir-based novel about life in the GDR that is apolitical and full of silent weeping. Balanced somewhere between Thomas Mann and The Simpsons, its triumph rests in Ruge’s assured portrayal of his tormented – and tormenting – characters.

A Life Apart By Mariapia Veladiano,
translated by Cristina Viti
(Maclehose Press)
In this beautiful limpid novel a young girl recalls how her lovely mother was destroyed by her daughter’s lack of beauty and retreated into isolation, leaving the narrator to seek comfort in music.

The Watch Tower By Elizabeth Harrower (Text Classics) In the 1940s suburbs of Sydney, two sisters who are cast aside by their mother and left to fend for themselves endure through compromise and suffering. First published in 1966, this book has traces of Patrick White mixed with the darkness of the brothers Grimm. It is a great novel due a rediscovery in the way that Stoner was championed by John McGahern.

Julia By Otto de Kat, translated by Ina Rilke (Maclehose Press) De Kat’s remarkable novel gives an account of a life barely experienced by a passive man tormented by his memoires and his failure to act. The eponymous character, although brave and independently-minded, even heroic, is hardly present. Instead she acquires a mythic allure and is unobtainable and doomed. It is an extraordinary evocation of absolute melancholy.

The Emperor’s Tomb
By Joseph Roth, translated by
Michael Hofmann (Granta)
More an extended prose poem than a novel, The Emperor’s Tomb is also more of a companion work to The Radetzky March (1932), written six years earlier, than a conventional sequel. Blunt and conversational in tone, it is filtered through the musings of a reluctant narrator, who is, as Roth was, greatly sorrowed by the death of the old empire. Fractured and melancholic, it laments the brutality of endings caused by change and was Roth’s swansong, conveying a sense of the twilight stalemate existing between the two World Wars.

The Collected Stories of Stefan Zweig Translated by Anthea Bell (Pushkin Press) Too often dismissed as a generous rich buddy who helped fund the more brilliant Joseph Roth, Stefan Zweig, the author of The Post Office, was a talented writer and ultimately another tragic victim of wartime despair. This rich collection, including Letter from an Unknown Woman and Fantastic Night, confirms how good he could be.

I Was Jack Mortimer By Alexander Lernet-Holenia, translated by Ignat Avsey (Pushkin Press) It all begins when a man hops into the cab of an unsuspecting Viennese driver. They set off for a hotel, but on arrival the cabbie, Sponer, discovers that his passenger is dead. Rather than waste the experience Sponer decides to check in as the dead man and assumes his identity. The action shifts and shimmers in a Vienna that comes to life.

The Enchanted Wanderer & Other Stories By Nikolai Leskov, translated by Richard Pevear and Larissa Volokhonsky (Vintage Classics)
The other Russia, that of traditional yarns and peasants ready to knife their neighbours, which remains off stage in most of the great 19th-century Russian novels, inspired Leskov, a tremendous storyteller committed to the vernacular as well as the communal, impossible to translate, yet who drives his message, often with a chorus of voices, penetrating the layers of language.

Going to the Dogs: The Story of a Moralist By Erich Kästner, translated by Cyrus Brooks (New York Review Books Classics) Overeducated and underpaid Fabian, the would-be moralist, resides in Berlin already crushed by the 1929 financial crash and about to be further pulverised by the rise of Hitler. Kästner’s stylishly wanton satire, the literary equivalent of an Otto Dix painting, articulates the frenetic hope and despair with whimsical panache.

Love in a Bottle By Antal Szerb, translated by Len Rix (Pushkin Press)
The Hungarian master who was beaten to death in a forced labour camp during the second World War, aged only 43, left a scholarly body of criticism as well as fiction, including his masterpiece, Journey By Moonlight (1937), and some glorious stories gathered here.

Harvest By Jim Crace
(Picador)
One of contemporary English fiction’s most original writers, Crace bid farewell to the novel with this majestic leavetaking set in a medieval England about to be transformed by the enclosure, which would destroy an ancient way of life. Nuanced and menacing, it was too good for the Man Booker, leaving the stage clear for an entertaining if far longer and greatly lesser work.

A Schoolboy’s Diary By Robert Walser, translated by Damion Searls (New York Review Books Classics) Few writers have perfected the deliberately vague and the joy of seeing the everyday for the first time quite as brilliantly as the wonderful Swiss original Robert Walser does in this lively collection of short pieces, including the Fritz Kocher’s Essays sequence from Walser’s first book.

Bullfight By Yasushi Inoue, translated by Michael Emmerich (Pushkin Press) Perfection is the only word to describe this subtle tale of a plan to host a bullfight in a Japan still battered by the second World War. The edgy editor of a recently launched newspaper thinks it is a great idea, but he is too distracted and self-obsessed to consider mundane practicalities such as the winter weather.

Sculptor’s Daughter By Tove Jansson, translated by Kingsley Hart (Sort Of Books)
In this, her first book for adults, the dazzlingly logical Jansson drew on her Helsinki childhood. Even at this point she had refined the quality that was to make her adult fiction so enduring: her grasp of lucid simplicity. “The smaller you are, the bigger Christmas is.” How very true.

Nothing Holds Back the Night By Delphine de Vigan, translated by George
Miller (Bloomsbury)
Presented as “autofiction” yet obviously an account of the tragic life of her beautiful mother, de Vigan never spares her own self-absorption in her repellently irresistible investigation of a life that amounted to symphonic self-destruction yet achieved a bizarre and compelling heroism.

Intermission By Owen Martell (Heinemann) Elegant, impressionistic piecing together of the after-effects of the sudden death of a young jazz musician. Sentence for sentence the young Welsh writer, with his third novel, his first in English, seduces through tone and ambivalence as he watches how grief implodes on the onlookers.

A Hologram for the King By Dave Eggers (Hamish Hamilton) Previously overrated – and possibly more celebrated because of his personal experiences – Eggers’s critics, myself included, were forced to eat their collective hats with this funny, hugely moving, very American and weirdly believable tale of a middle-aged loser who really does try to change his life.

The Lowland By Jhumpa Lahiri (Bloomsbury) Not the most stylish of writers, yet the daunting emotional intelligence of this Man Booker contender, constructed upon a hurt that never heals, convinces.

Young Skins By Colin Barrett (The Stinging Fly) The most underpraised of the Irish newcomers, Young Skins is a fine collection dominated by the novella Calm With Horses, a bravura performance in which he simply outwrites many of his peers with a chilling confidence that suggests there is far more beneath the surface than merely the viciously effective black humour. 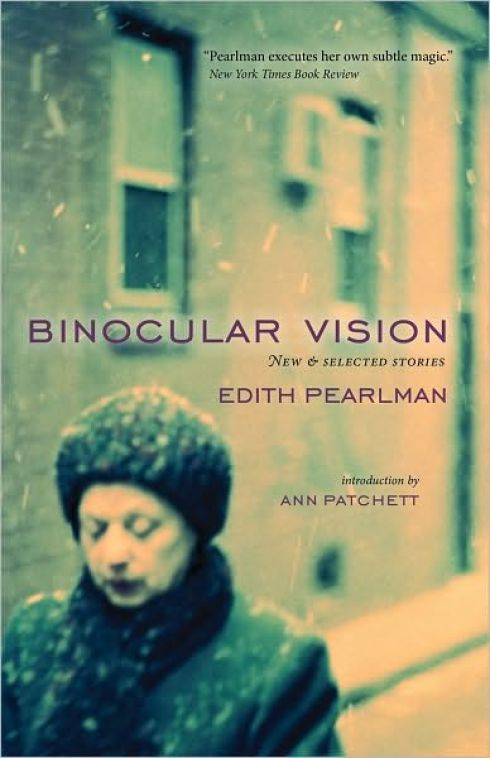 Binocular Vision By Edith Pearlman (Pushkin Press) No devotee of the short-story form will be unfamiliar with this quietly gifted American artist who never fails to leave a reader feeling slightly dizzy and wondering, Now where did that come from, and exactly how did Pearlman do it? She has written more great stories than one writer could expect, even during a 40-year career. Unfair? Life’s like that.