Festival marks second decade with €20,000 Novel of the Year and €10,000 Emerging Writer prizes 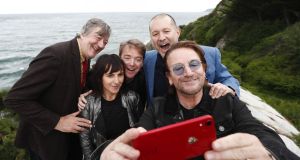 Sian Smyth, director of the festival, said: “We understand how difficult it is financially for writers and we hope that this award will serve to provide some financial stability to our most creative minds. These awards are something the festival has always wanted to do and we are delighted now we are in this position.”

David McWilliams, co-founder of Dalkey Book Festival and an Irish Times columnist, said: “In light of arts funding being under strain, this is a generous act to encourage writing and reward brilliance.

“In the same way as the festival itself was Sian’s response to struggling traders in Dalkey during the crash worrying about the commercial future of the town, when she suggested a books and ideas festival to help stop the commercial decline of the town, the spur to the awards was the realisation that authors need money to allow them time to focus on the work.”

Andrea Catherwood will chair the novel of the year award judging panel of Caoilinn Hughes and Fiach Mac Conghail. Rick O’Shea will chair the emerging writer award judging panel of Gary Jermyn and Jennifer O’Connell. The shortlists will be proposed by a nominating panel made up of well-known critics, writers and literary figures. Publishers can also submit books (published in Ireland or the UK in 2019) for consideration.

The closing date for entry is February 22nd. The shortlists for both award categories will be revealed in March. The winners will be announced on June 20th. The Emerging Writer winner will also earn a spot at the festival on June 21st, appearing on stage alongside the three judges to talk about their work.

Neil Freshwater, CEO of Zurich Insurance, said: “The introduction of the Dalkey Literary Awards is a major new step in the development of the Dalkey Book Festival and its overall aim of promoting excellence in literature. In Zurich, we have proudly supported this important cultural event for the last six years and are delighted to play a key role in the inception of these new awards, reinforcing our commitment and support to writers, literature and creativity in Ireland.”

The Dalkey Book Festival has been playing host to leading authors and thinkers from across the globe since 2010, since when it has grown tenfold. “Ireland has a strong cohort of curious people,” said McWilliams. The festival celebrates literature, theatre, film and comedy as well as ideas, exploring the worlds of science, technology, current affairs, new politics and global trends.

Irish writers may be struggling financially – bestselling author Donal Ryan hit the headlines when he revealed he was returning to his civil service job with an eye to his family’s financial security – but several have benefited significantly from major prizes in recent years. Anna Burns won the £50,000 Booker Prize in 2018; Mike McCormack won the €100,000 International Dublin Literary Award; and Abbie Spallen, Marina Carr and Danielle McLaughlin have each won the $165,000 Windham-Campbell Prize.

The Kerry Group Irish Novel of the Year Award was recently increased to €15,000 and will be awarded at the 50th anniversary Listowel Writers Week festival on May 27th. The University of Liverpool’s Institute of Irish Studies launched the inaugural £5,000 John McGahern Annual Book Prize last November for the best debut novel or short story collection by an Irish writer or writer resident in Ireland. It will be awarded in July. The Eason Novel of the Year, a trophy, is awarded at the An Post Irish Books Awards in November.
Dalkey Literary Awards
dalkeybookfestival.org