Daddy by Emma Cline: Looking at the melancholy of modernity 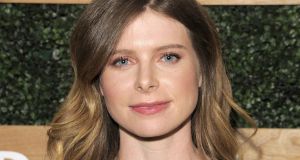 Emma Cline is back. What a treat. Her 2016 debut, The Girls, was a huge, hyped monster. A coming-of-age novel set in 1969 California, it was accompanied by the glitz of a seven-figure deal, the juiciness of a Manson murders-inspired storyline, and the craziness of the court battles between Cline and her ex-boyfriend in the aftermath of publication. (He accused her of plagiarism, she counter-sued, there was some stuff about spyware, his case was subsequently dismissed – it was all a bit mad.)

No matter. The Girls lived up to its stardom. It flew off the shelves, won awards, matched its author’s celebrity stride for stride. And it was a damn good piece of writing.

3 Food and mood: Why nutritional psychiatry is attracting attention

6 Covid-19: State on track to ease retail restrictions in May amid extra Pfizer vaccines

8 Tenant promises to pay compensation after removing rafters from house

9 Newton Emerson: London and Dublin are making a problem of a solution

13 Robert Watt may seek to rein in Tony Holohan

14 Irish birds more endangered than ever before, report finds

19 ‘I could attach 10 years of sadness to a throwaway comment, and nobody would know except me’

22 Acquiring citizenship through school: a compromise in Europe's immigration debates?

24 Q&A: What now for AstraZeneca and Johnson & Johnson vaccines?

25 How technology and social media is undermining family relationships

30 Lena Dunham: ‘There’s so much judgment around bigger bodies, like bigger women are stupider’

32 My Bloody Valentine: Very loud, very fuzzy, and heading back to their Irish studio

35 Optical refinements at the Parthenon

36 The Khmer Rouge controversy: Why colourising old photos is always a falsification of history

37 Don’t regret your regrets; understand them

38 ‘I just want to be home’: Passengers scramble for the last pre-quarantine flight from Paris