Brief reviews of How To Grow Old, Parallel Lives, The Town Without Cheer, PEN: A Personal Perspective and Where Power Stops 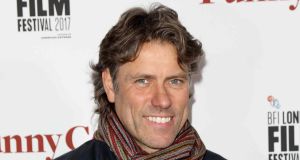 John Bishop: what works well on the stage does not come across quite as well on the page. Photograph: Tim P. Whitby/Getty

How To Grow Old
By John Bishop
Ebury Press, £20
If you’re pretending to be still young, wearing the wrong clothes and dyeing your hair, this book is not for you, says John Bishop. But if you’re prepared to accept growing old, it is. Each chapter begins with “how to” and considers such topics as successfully waking up as an older person, dressing appropriately, being a family man, being a friend, going on holiday, staying fit and still enjoying sport, being funny and staying relevant. Bishop offers wise advice on how to avoid the common mistakes of ageing and, as a comedian, many comments and observations are naturally on the humorous side. Warmth and wit and self-deprecation are features of Bishop’s stand-up routines but what works well on the stage does not come across quite as well on the page. – Brian Maye

Parallel Lives
By Phyllis Rose
Daunt Books
First published in 1983, this re-publication of the modern feminist classic, Parallel Lives, is an essential read. The author, Phyllis Rose, examines marriage as an intimate political relationship with society in a biographical study of five Victorian writers and their spouses or paramours. Rose’s decision to detail the parallel lives – or subjectivist fictions – of these pairs, including Charles Dickens, George Eliot and John Stuart Mill, was not, she tells us, because writers are representative of the public, nor matrimonially more adept, rather that they report on it more amply than most. In fact, these wonderfully articulate, passion-prone subjects are perhaps even more inept! Replete with insight and wit, like Nora Ephron, you will return to this rollicking read with habitual avarice. – Brigid O’Dea

The Town Without Cheer
By Philip Boyle
Self-published, €9.99
Stories of abused and neglected children, of drug addicts and alcoholics, of unemployed people and people in dead-end jobs, of a clapped-out comedian, a newly released prisoner, a long-term protester outside Dáil Éireann, a 19th-century deacon who tries to reform prostitutes á la Gladstone, a numbers-obsessed man who cannot face fatherhood, victims of unscrupulous builders during the boom, an at-the-end-of-their-tether couple who run a guesthouse for refugees and a doctor who becomes an independent TD but is overwhelmed by the system – all feature in this eclectic and absorbing collection. Many of the stories are interior monologues, most interestingly Vonolel, where the eponymous narrator is a British-army horse that survived many battles and is buried in the gardens of the Royal Hospital, Kilmainham. Many of the stories are well crafted but they are mostly without cheer. – Brian Maye

PEN: A Personal Perspective
By J Anthony Gaughan
Kingdom Books, €15
PEN International brings together writers of all kinds “in a common concern for the craft of writing, to give expression to their commitment to freedom of expression and to promote international goodwill among writers generally”. Although founded in London in 1921, its Irish branch didn’t really take off till 1934. A member of Irish PEN since 1974, JA Gaughan tells how it fought censorship, ensures writers get paid royalties, helps aspiring writers and so on. Since 1998 it has presented an annual AT Cross/Irish PEN Award, restricted to Irish writers. A major aspect of its work is on behalf of imprisoned writers worldwide. We learn much about Fr Gaughan’s more than 40 years on its executive committee and his amusing and sometimes unpleasant experiences with well-known Irish figures make for interesting reading. – Brian Maye

Where Power Stops
By David Runciman
Profile Books, £14.99
This book addresses the limits of the powers of presidents and prime ministers and whether their personalities or government structures explain their successes and failures. Presidents Johnson, Clinton, Obama and Trump and prime ministers Thatcher, Blair, Brown and May are the leaders considered. A central theme is that character is destiny – the type of person the leaders are/were defined their political career. The individual chapter devoted to each leader is a well-written consideration of a biography or memoir of or by them but is questionable as a means of assessing how their personalities explain their successes or failures. Obama is deemed by far the sanest president of modern times – but was that why he achieved less than Johnson when we know that Johnson got important cross-party support for his great civil-rights reforms whereas Obama met with bitter Republican resistance to his proposals? – Brian Maye